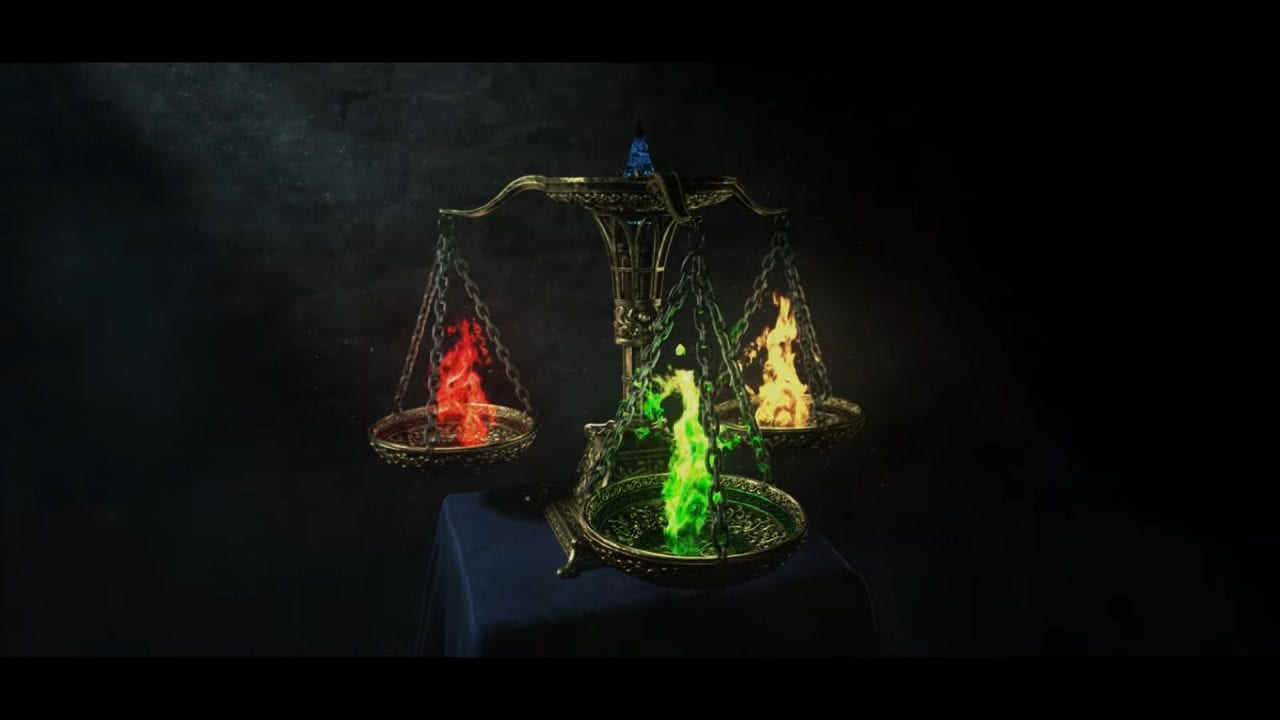 Streamed during the Nintendo Direct livestream event held on Feb. 17, the trailer provides a brief glimpse at the latest title in Square Enix’s HD-2D series. The title is currently slated for release in 2022 exclusively on the Nintendo Switch, and a demo is planned for release later today.

The trailer begins with a series of scene setting lines of text. Each describes one of three key characters who aim to protect their country from an invading threat, and appear next to a brazier containing a different colored flame. One is described as pursuing virtuous morality; another as respecting the liberty of all; and yet another prioritizes pragmatic utility.

The trailer then asks its viewers a question: Which of these purposes will they espouse in their quest to save the country?

It then jumps to scenes of the Project Triangle Strategy’s main characters exchanging spoken dialogue. This occurs while concept art of the characters makes way to the game’s gorgeous 2D sprites, with scenes from important story bits and battle segments flashing across the screen.

It all wraps up with the game’s protagonist swearing to see everyone through the game’s ordeals safely, whatever the cost may be.

It’s an interesting first look at the title, and Octopath Traveler fans will be elated to see the game’s art style carried over into the latest entry in Square Enix’s HD-2D series.

The trailer can be viewed in full down below.

Project Triangle Strategy is currently slated for release exclusively on the Nintendo Switch in 2022. For more on the HD-2D series of games, check out our review of Octopath Traveler from way back in 2018.

Likewise, those interested in accessing the demo of the game can do so via the Nintendo eshop.