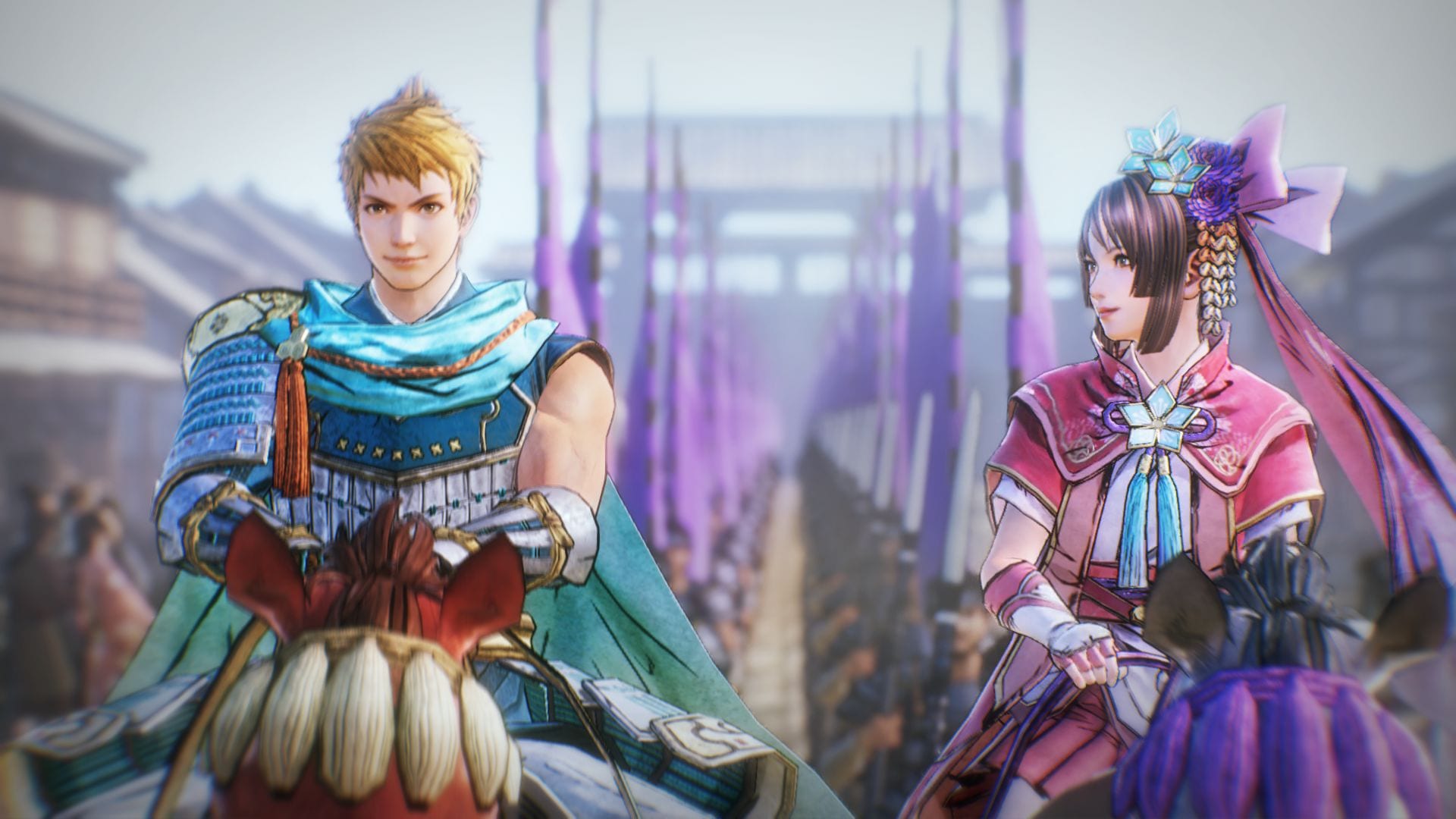 First of all, we get to see the art for the latest four characters announced, Oichi, Azai Nagamasa, Toshiie Maeda, and Tadakatsu Honda.

Next, the first screenshots showcase the story, which takes place after the end of the Ounin War. It begins with Oda Nobunaga and his childhood friend Toshiie Maeda attacking the army of Imagawa to take back Tokugawa Ieyasu, who has been made a hostage.

On top of the Musou actions returning from previous games like Hyper Attacks, this time around we get new action named Ultimate Techniques (“Sengi” or Flash techniques in Japanese), and you can equip four of them per character.

Each has a different attack power, area of effect, and cooldown, on top of types of enemies against which it’s effective. You can choose them to suit your needs on the battlefield, and they consume a dedicated gauge upon use. They also cancel actions, so they can be used to continue long combos.

We then see a bonus costume offered in Japan by Amazon, which gives Nouhime a Yuki-Onna theme.

We also hear that another livestream dedicated to the game will air on March 24.