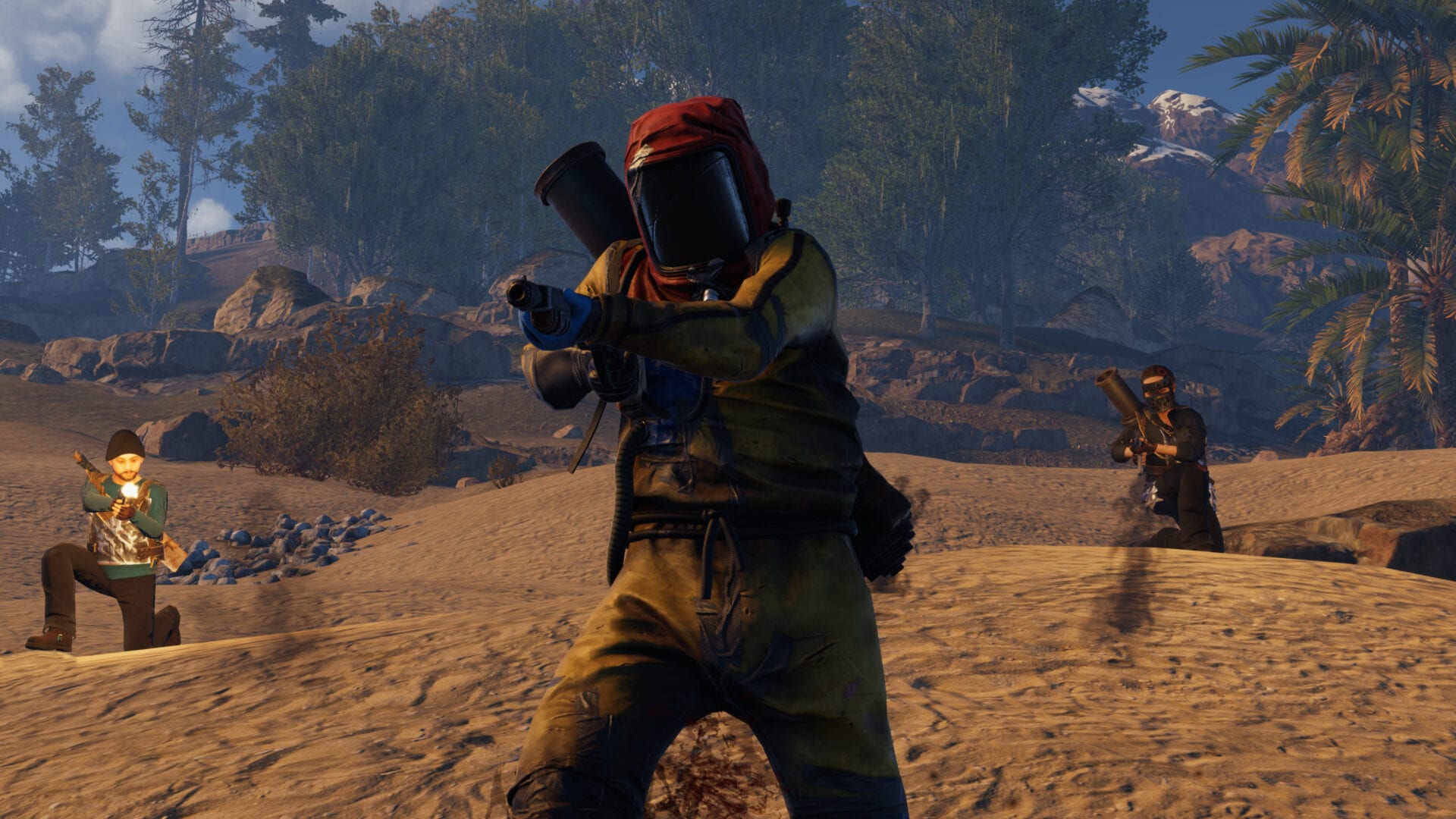 Multiplayer survival game Rust will be coming to PlayStation 4 and Xbox One this spring, developer Double Eleven announced today.

No specific date was given, but the game is slated to launch in the spring following a closed beta that is currently ongoing. The studio had released a teaser trailer last week and gave a brief look at the game’s visuals and gameplay.

According to the press release, Rust on consoles will feature online play with up to 100 other players. Like its PC counterpart, it will retain the game’s theme of survival against nature against other players through scavenging, crafting, and combat.

“Conquer thirst and hunger, battle the elements, create clothing and stay safe against hostile forces including other players, scientists, bears, wolves or even succumb to fire, drowning or radiation poisoning,” the game’s description reads. “A game without rules, Rust doesn’t tell its inhabitants what to do. Players are free to be deceptive and aggressive with intense player vs. player combat, raiding and looting, but there is potentially even more to be earned with a team of friendly players by your side.”

Rust originally launched in 2013 under Steam Early Access, and fully released on PC in 2018. Console versions were initially coming in 2020, but was delayed last December due to challenges of remote working caused by the COVID-19 pandemic.

The console versions are being developed and published by Double Eleven, independent of the PC developer and publisher Facepunch.