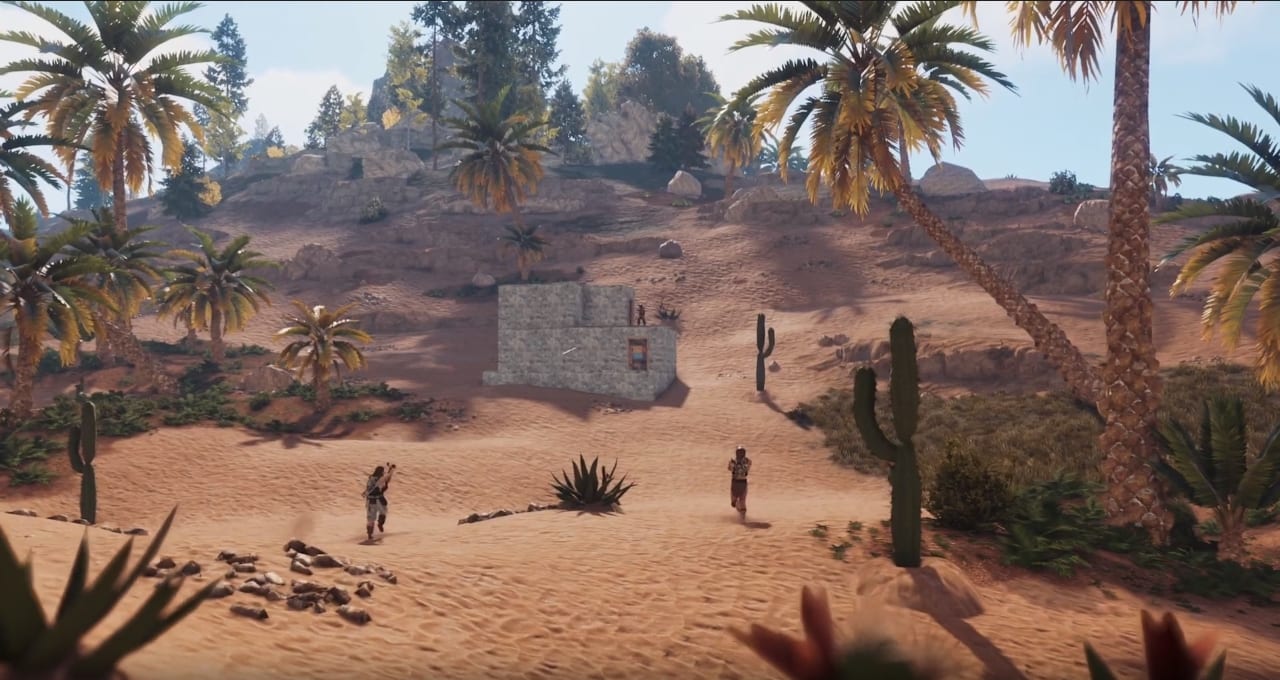 Survival multiplayer PC game Rust will be coming to PlayStation 4 and Xbox One sometime in 2020, developer Facepunch Studios announced during Microsoft’s X019 event.

Not much information has been announced for the port of the survival game, such as a concrete launch date or price, and the trailer shown below was using footage captured on a PC. According to a press release, console players will be able to play online with up to 100 people.

For those unfamiliar, Rust is an open-world survival game with crafting and very little rules about what to do. Players start out completely naked with only a rock, a torch, and their wits. Players can then craft better tools, build forts, fight other players, or work alongside them.

“Conquer thirst and hunger, battle the elements, create clothing and stay safe against hostile forces including other players, scientists, bears, wolves or even succumb to fire, drowning or radiation poisoning,” the press release said. “A game without rules, Rust doesn’t tell its inhabitants what to do.”

Rust initially launched in December 2013 in the Steam Early Access program, and left early access a little over four years later where it continues to be updated on PC.