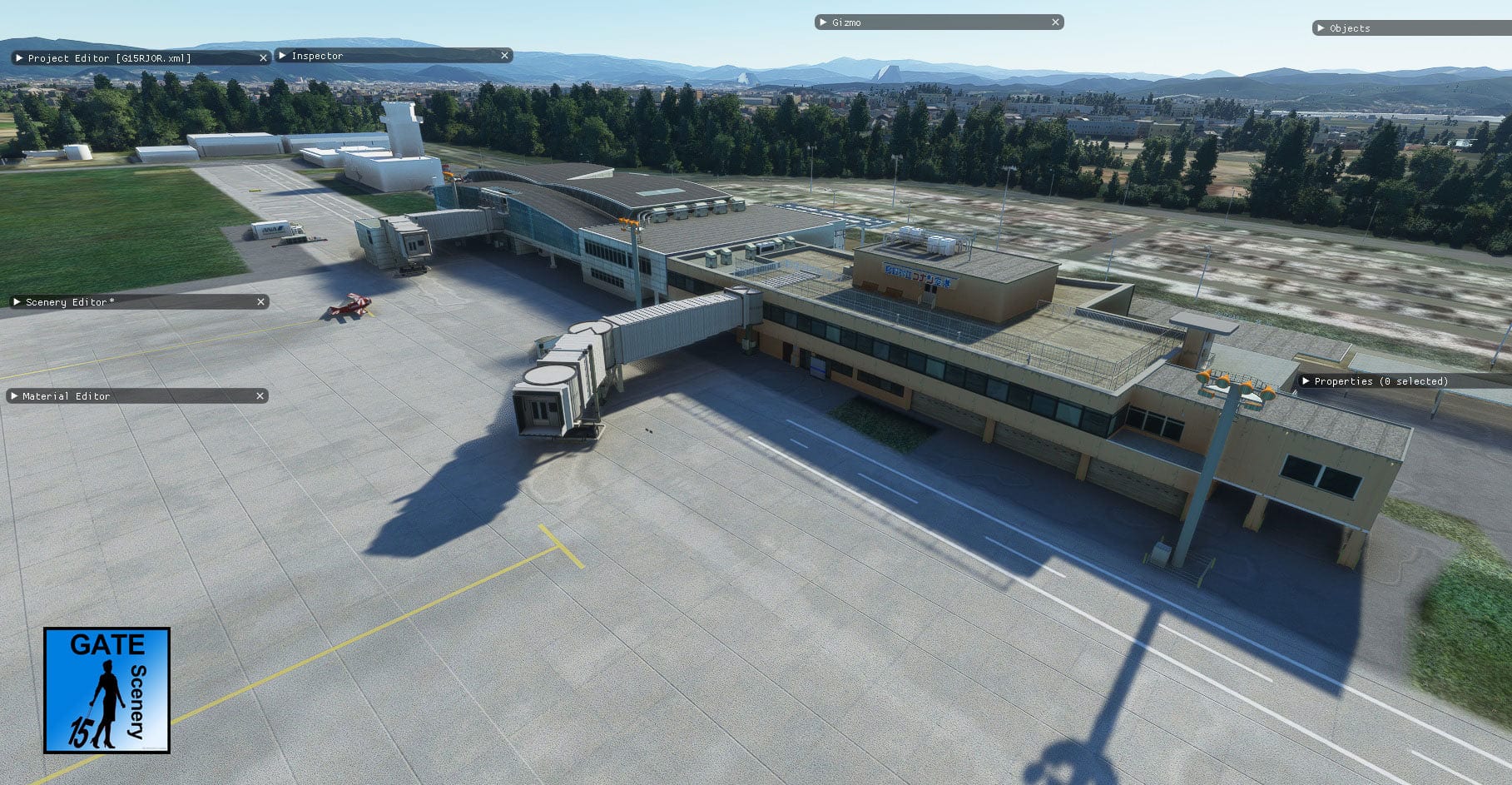 The airport, also known as Tottori Sand Dunes Conan Airport, is known among other things with the official association with the popular Detective Conan manga and anime.

This is die to the fact that Conan’s creator, mangaka Gosho Aoyama, was born in Tottori.

The real airport is full of Detective Conan imagery and branding, and it even hosts a dedicated store with plenty of merchandise. Looks like the version in the simulator will feature the same, as you can see (if you squint) in the screenshots below.

Do keep in mind that this is in early development, so we can expect the final version of the airport to look a lot better.