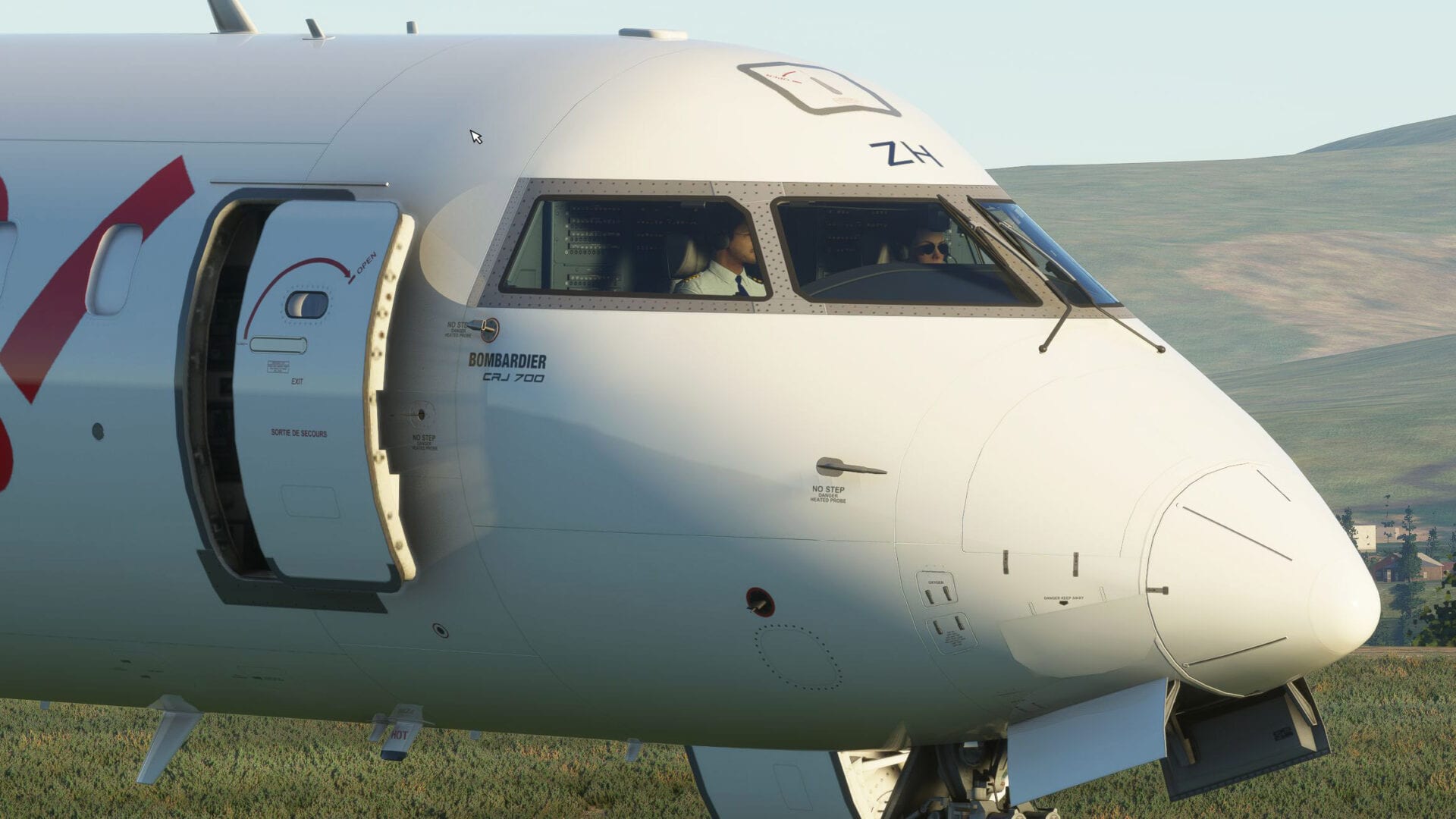 We get to see some night lighting, a look at the cockpit and some really crazy details.

In the last image you can see a latch on the nose, which actually has the “press” sign visible. This level of detail has been achieved thanks to Microsoft Flight Simulator’s decal system that lets developers place super-high-resolution (but small) decals on lower resolution background pictures, achieving both impressive visuals and performance.

At the moment, the release date of the CRJ Package (which will initially include CRJ 550 and 700 and then expand with the 900 and 1000 versions) is still up in the air, with “hopes” (but no promises) that it’ll come before the end of the year. At the moment, Aerosoft is waiting for Asobo to fix a few remaining issues before they can commit to a launch date.