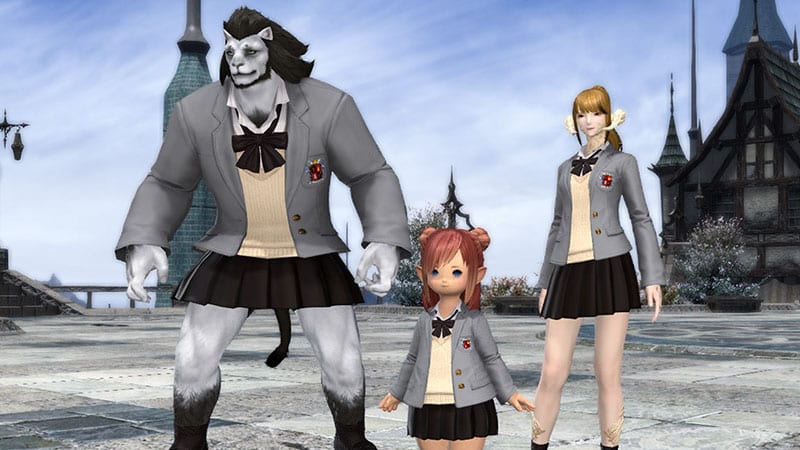 The uniforms named “Collegiate Attire,” were first released exclusively on the Korean servers, but finally, everyone can get them.

The catch, is that they have been released on the store for $18 or €13.50 depending on where you live.

“Transform yourself into a school-ready student with this collegiate costume. A black skirt and shoes are accompanied by a light grey blazer, the muted shades complementing the beige vest underneath. A loosely tied bow eases the severity of the look, and the emblem on the breast pocket adds a splash of color. Customization options abound! The emblem can be redesigned as a crest, and all three pieces─blazer, skirt, and shoes─can be dyed.”

Last, but not least, a Holiday sale started today offering a selection of items at a 30% discount until January 26.