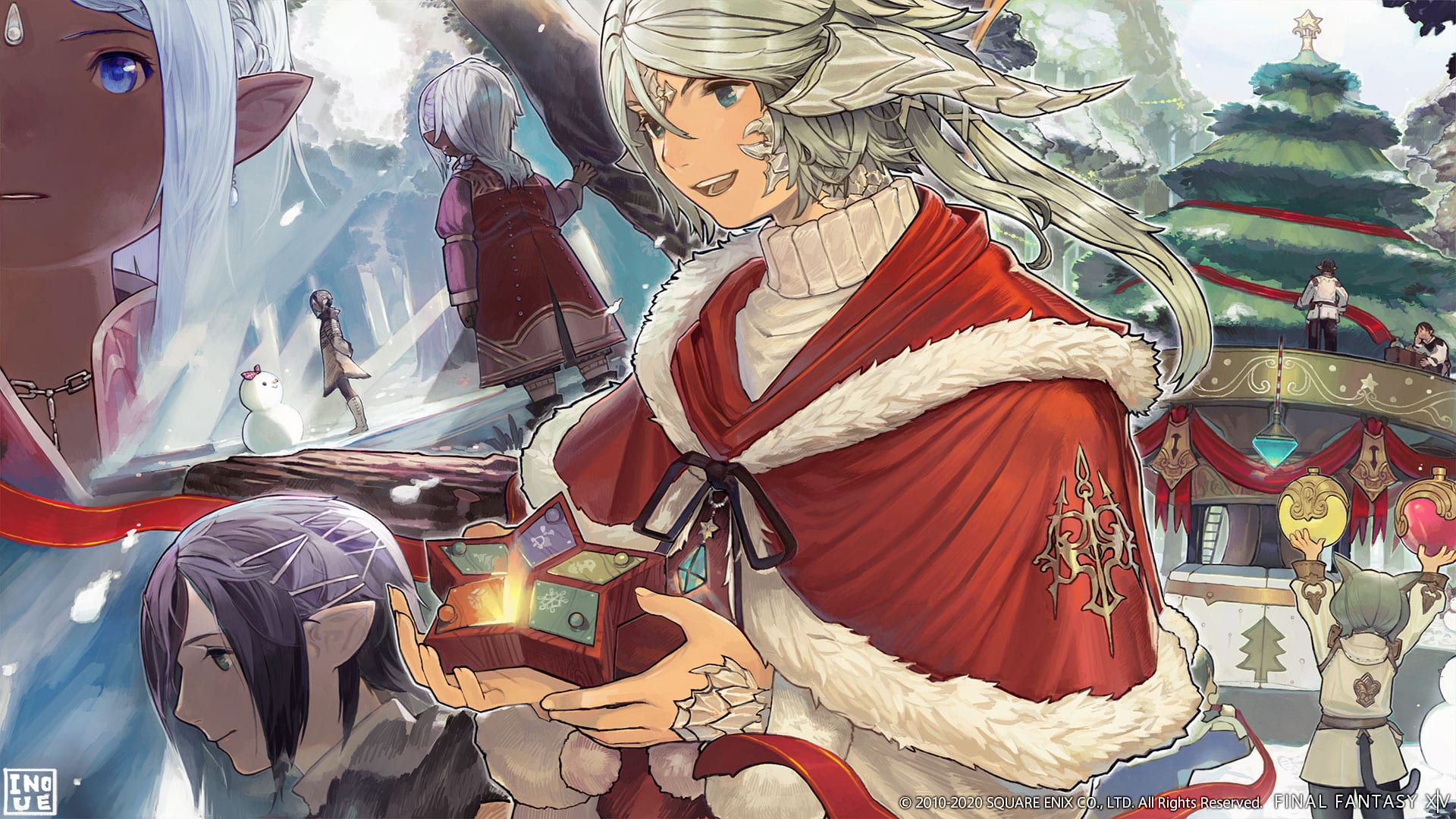 The Holiday cheer is coming to FInal Fantasy XIV this year as well, with a new edition of the traditional Starlight Celebration.

Festivities will begin on the live servers on PS4 and PC on Dec 14, 2020 and will end on December 31, when it’ll be time for Heavensturn to celebrate the New Year.

Players of level 15 and above will have to talk to Amh Garanjy in the usual amphitheater in Old Gridania to start the questline.

This time around, prizes include a snowman mount, Snow-dusted trees for your gardens, and “Unmelting Ice” partitions and platforms for your houses.

The Starlight Celebration is one of the most rooted traditions in Final Fantasy XIV, with the first dating back to the very first year of 1.0. Back then it brought a bit of joy in a fairly depressing situation just after the new leadership with Naoki Yoshida at the helm was announced. Incidentally, that happened exactly ten years ago today.

The celebration has continued nearly uninterrupted until now, missing only its 2012 edition. That year, the servers were down between the closure of the first version of the game and the launch of A Realm Reborn.

As a dedicated Final Fantasy XIV fan, I will always remember the year when we had no Starlight Celebration. It was indeed a sad tin for the fanbase, but it still symbolizes the transition toward one of the most epic success stories in the history of the MMORPG market, born from the development team’s dedication and determination.