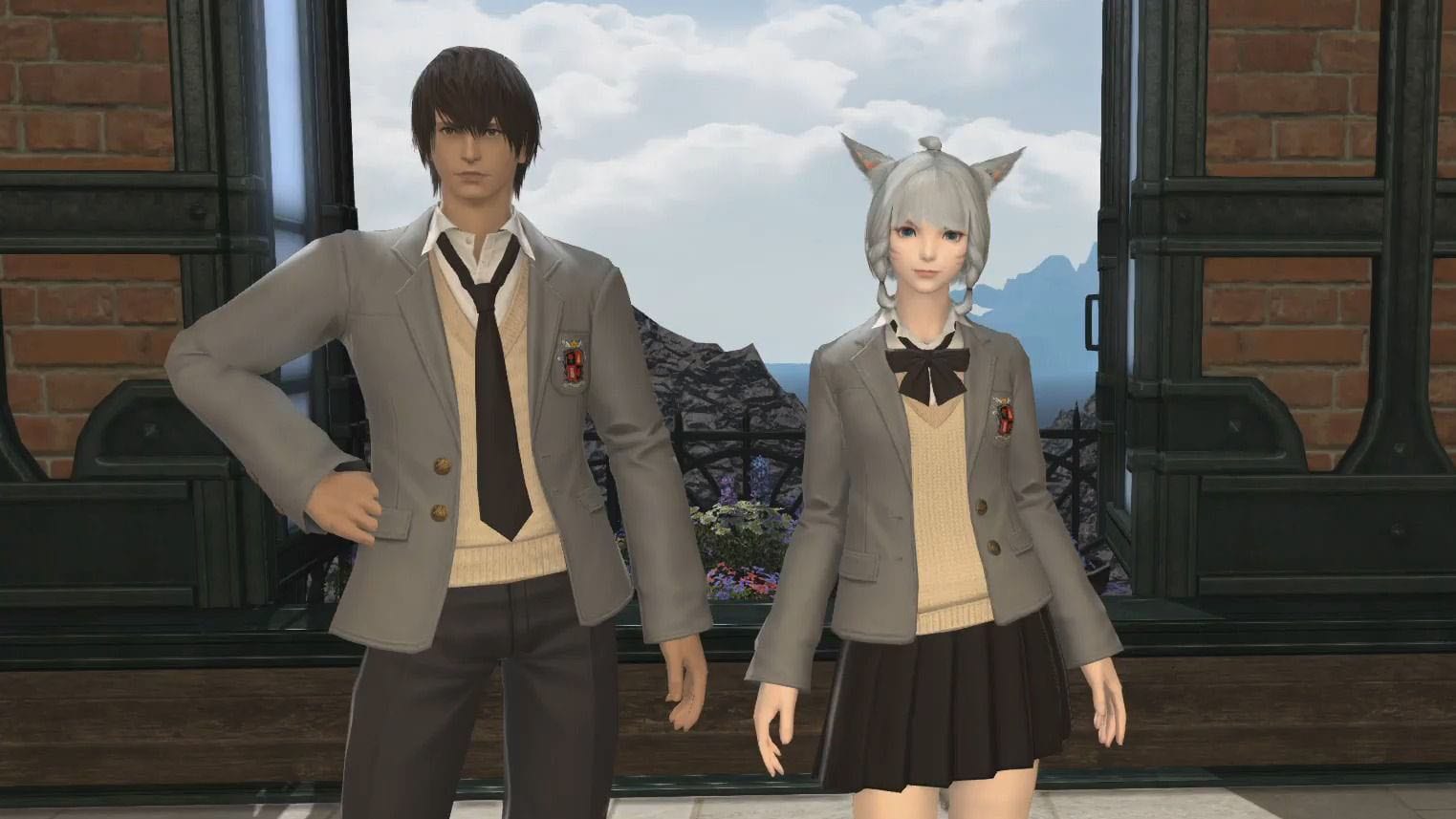 Today, during a livestream from Korea, the local publisher of Final Fantasy XIV revealed a set of new costumes.

The set is called “Eorzea School Uniform” and it does exactly what it says on the tin with male and female versions.

The caveat is that the costumes will be released first in Korea on Dec. 8. It’s extremely likely that it’ll come to the western servers as well, but we don’t know when.

We can probably expect to know more down the line, but for now we wait.

You can check out a few screenshots and the concept art below.

Recently, Square Enix released a sizable update including the Bozjan Southern Front feature and revealed the first details about update 5.4, which will include the Explorer Mode.

You can also enjoy a look at the future with our article recapping the features known for update 5.4, on top of the Explorer Mode.