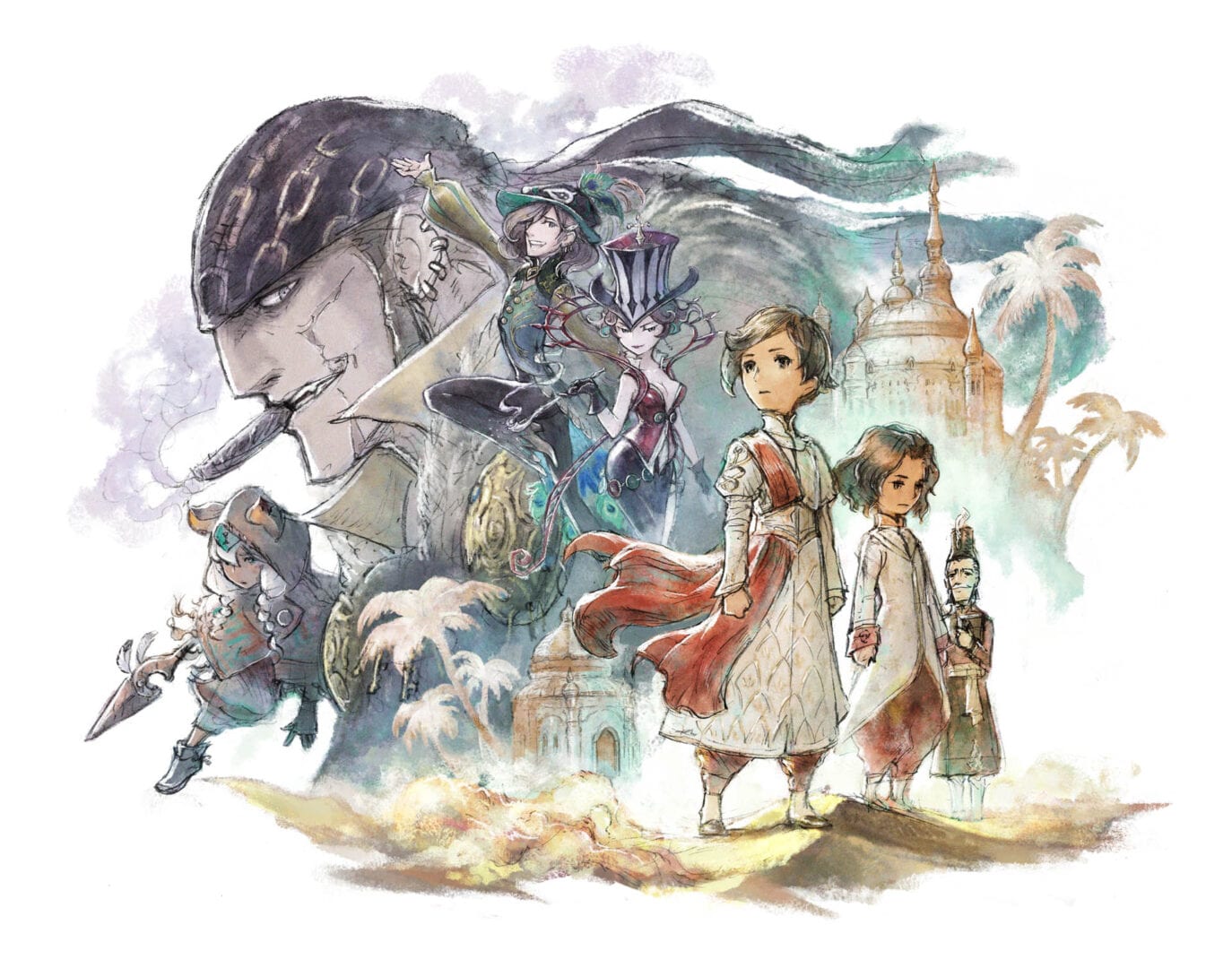 We get to see some of the locations of the Excillant Continent including, Savaron, a country surrounded by water like Venice, at risk of sinking.

Wiswald is the home of the Magic research institute which is also the governing body of the country.

We then meet quite a few characters including Savaron’s crown prince Castor, the second prince Boor, the realm’s record keeper Andro, Olfa Dragordia the bard, Shaula Clarins the gambler, Nihal the performer, Bernard the owner of the theme park.

For Wiswald we meet Emma Odilia (who is supposed to be deceased), the director of the Magic research institute and chief of state Rody Grenadine, his wife Lily Grenadine, and the guard Galahad Kelly.

More screenshots showcase special moves, which differ by job, and support abilities, that can be learned by leveling up job and combined freely.

It’s possible to swing your weapon while in the field. If you hit a monster you enter battle with the Brave Attack active and your Brave Points increased by one. By simply cutting the grass you may find hidden items.

Last, but not least, we learn about the Exploration mode, that you can use when you’re not playing. You can rent a boat and send your characters to explore the sea and they will bring back items, experience points, and job points. By doing so while connected online, other players will help you by boosting your rewards.

If you want yo see more, you can check out a trailer from earlier this year, and another from a few weeks ago, and more screenshots.