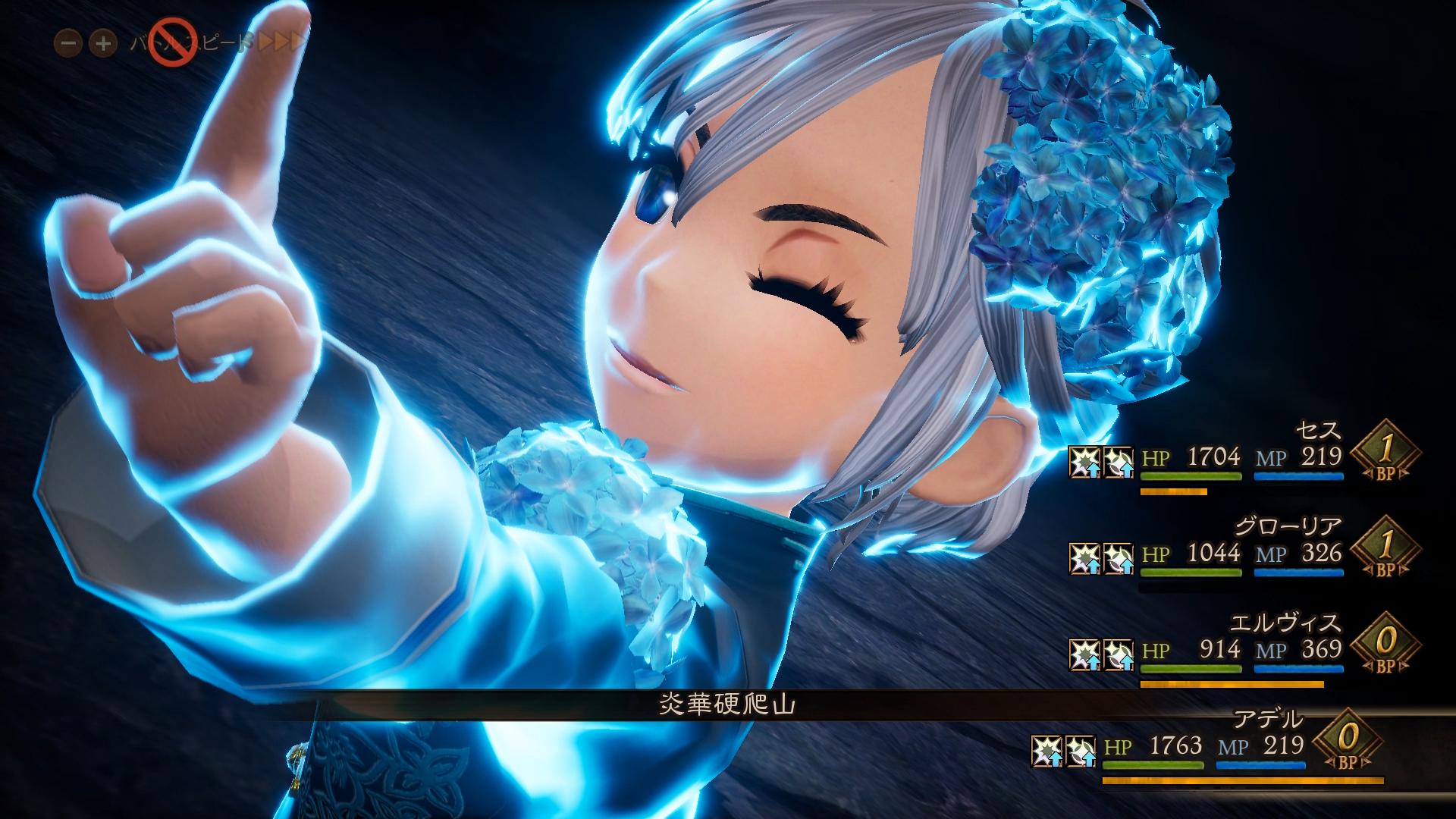 We get to take a look at the main characters Seth, Gloria, Elvis, and Adelle on top of the continent of Excillant, which is the setting of the story.

One of the five kingdoms forming the continent is Halcyonia, governed by King Placido, known as the Brave General. It’s popular among many for the fruits of its mountains and its seas.

New characters introduced today are Sloan of the Blue Forest, known as the best swordsman of the whole continent. He escaped the destruction of Musa to Halcyonia alongside Gloria.

Placido Halcyonia is the king of the country, trusted by his people thanks to his fair way of ruling. He takes Gloria after her flight from Musa.

Doug Rampage is a rough and crude mercenary. He isn’t squeamish about what he has to do to earn money. That being said, he’s in love with his business partner Selene.

Speaking of Selene Noetic, she’s a smart and calm mercenary who has survived on many battlefields while firmly holding Doug’s reins when he tends to go berserk.

The battle system is turn-based based on a combination of jobs and abilities and the concepts of Brave and Default.

While managing Brave Points (BP) that control actions in battle, it’s important to control the flow by choosing when to use Brave or Default.

For each character, you can set a main job and a sub job for each character combining their abilities by using them at the same time. You can create versatile characters with good offense or defense, specialize in magic, or more. The strategy and progression are up to the player.

You can meet characters defined “Asterisk Holders,” which are associated with certain jobs. By defeating them, you can obtain their Asterisk, which comes with the ability to change into that job.

Among the available jobs today we see the basic one which no real strengths or weaknesses, the Vanguard who is basically a tank with powerful defense and the ability to divert attacks unto themselves, the White Mage who is a healer, the Black Mage, who specializes in attack magic, the Monk, who fights without weapons, and the Thief, who masters avoidance and the ability to steal items from enemies.

You can check out all the screenshots and art below.

If you want yo see more, you can check out a trailer from earlier this year, and another from a few days ago.