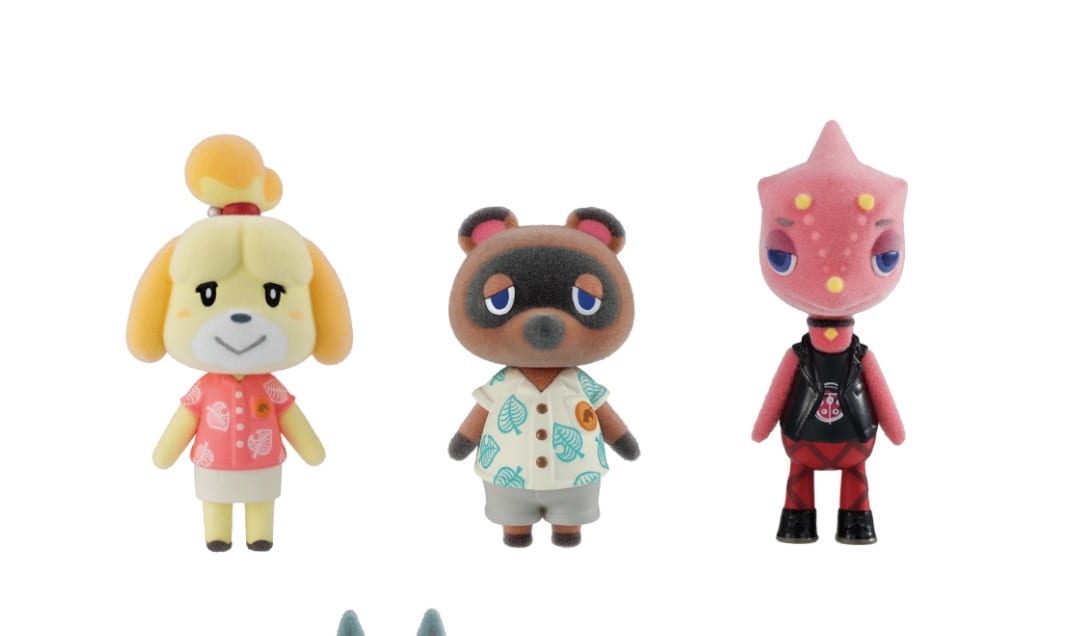 A company called Bandai Candy will be releasing flocked Animal Crossing figures in Japan early next year. The figures will come in blind boxes so you won’t know which one you’re getting, and each one also comes with one ramune confectionery, which is just candy that has a lemon-lime sort of taste to it.

The seven figures feature some of the more popular characters from Nintendo’s life-sim franchise such as Isabelle, Tom Nook, and Flick.

They’ll be available only at certain confectionery stores and department stores in Japan, starting in May 2021, for about 500 yen, which is just under $5 USD.

And if you’re wondering what ‘flocked’ means, it’s just a way to say that these figures are fuzzy.

Check them out in full detail down below:

Animal Crossing: New Horizons is available exclusively for the Nintendo Switch. The game just received its big winter update and players are super stoked about having the ability to sit down on the ground now –it’s wild.

You can also check out a photo tour of Nintendo’s official island in New Horizons, but let me warn you that it is a bit of a mess.