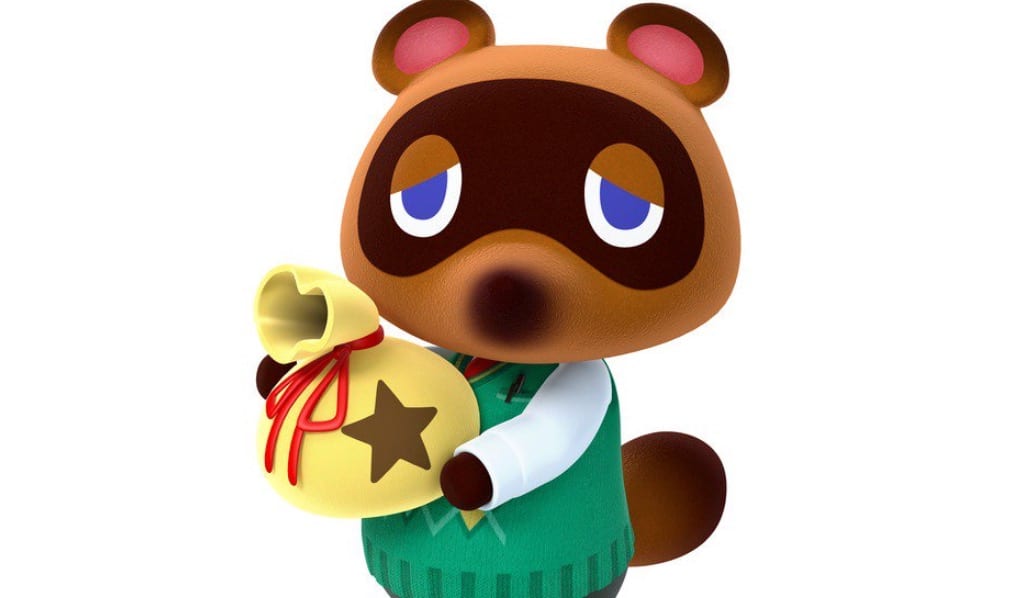 Nook has been the face of the Animal Crossing franchise since 2001, but players and critics alike have decried him as a capitalistic jerk who likes to keep his villagers in a cycle of financial misery as vicious as it is in the real world, student loan debt notwithstanding.

Here are the memes that prove Tom Nook is an evil, evil man.

The whole purpose of living on an island is to kick back, relax, and get away from all of your problems back home, right? Not when you’re living under Tom Nook’s puny but powerful money-grubbing thumb.

You have to pay him every last Bell in your pocket for everything you’re doing while you’re living, working, and playing on the island — even if you named the island yourself.

Every time you think you paid your dues for making your house bigger, Nook hits you in the head with another big loan to pay off when he offers to give you more room for your stuff.

Poor Isabelle, this is not what she signed up for.

What punishment will Tom Nook dole out when you don’t pay off your housing mortgage? He’ll go to his utility closet, grab a metal pipe and bust your kneecaps so hard you’ll be bound to a wheelchair for a month.

Make sure you wear pants instead of shorts, girls. The denim or other fabric on your kneecaps will cushion the impact of the pipe.

If a restaurant has less than five stars, that’s a sign that the food sucks. Using those standards, Tom Nook wants his Villagers to make their island look as pristine, presentable, and popping as possible for their friends to visit and future Villagers to move into.

If the inhabiting Villagers and their friends love the island for everything it has to offer, they’ll give the island and the host five stars. The island turns out to be boring, they’ll dole out only one star and never come back, and all hell will break loose when Nook yells at them for not sprucing the island up to his liking.

Being an island consultant and loan shark pays well, but Tom Nook wouldn’t mind getting paid top Bell to take out a Villager you despise with the fiery passion of a thousand suns.

How much would you have to pay him to do your dirty work? About a million bells sound about right.

Depending on where you live, most companies don’t hire anyone under the age of 18. Tom Nook worked around this rule by forcing his twin nephews Timmy and Tommy, who look to be about the same age as Huey, Dewey and Louie to run Nook’s Cranny and inadvertently jacking up the work-life balance of the Villagers, who appear childlike regardless of the players’ age.

Seeing as I had about 14,000 Bells in my pocket, I said, “Oh, hell no!” and ran out of the Residential Services building like a bat out of hell.

That’s a sign I need to start buying and selling a boatload of turnips so that I could pay for the house expansion in full.

Nook Shopping delivers your orders in a day no matter how many Bells you spend, whereas Amazon Prime takes two days (or more, thanks to the COVID-19 pandemic) to deliver your Lululemon yoga pants. Maybe Drake will like Bezos again if Amazon catches up.

If you get this message on your NookPhone, you either run like hell or come up with the number of Bells required to pay off your loan as quickly as possible.

Not only will Tom Nook bust your kneecaps, but he’ll also tear you limb to limb if you don’t show him the money.

Most mortgages take 30 years to pay off, so for Tom Nook to see a Villager pay off that much money in a single night while he’s selling seashells and other items to his nephews is gobsmacking.

Considering how many times he puts you in debt, he gets giddy when you accept the challenge of paying off another loan after paying your previous one.