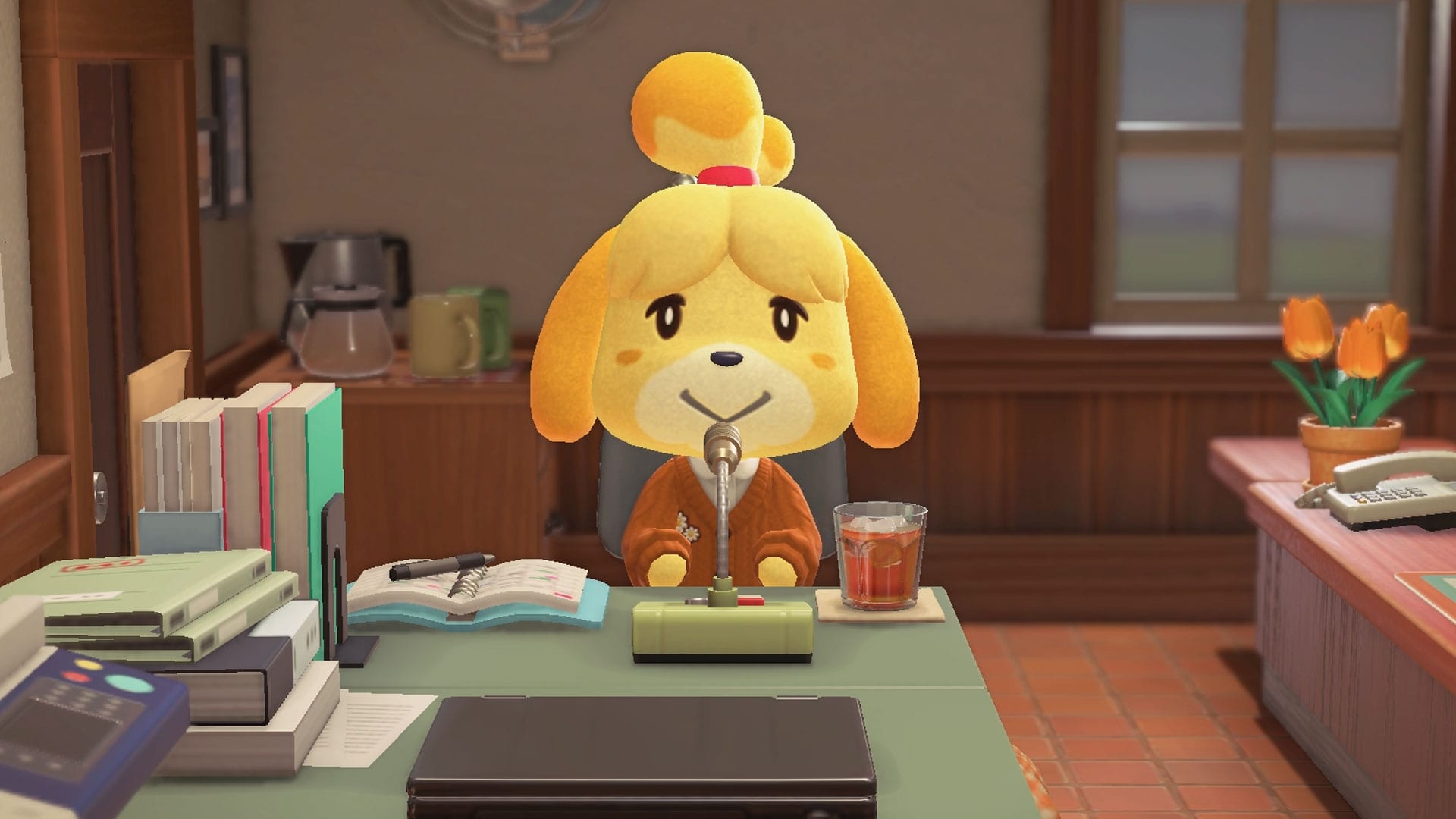 Even before I got into the Animal Crossing series properly with the release of New Horizons, I was already enamored with Isabelle. She is literally the perfect doggo, with happy eyes and smiles, and a perpetual willingness to help. She is also literally the most annoying and useless NPC in the game right now, and yes, I’m counting Tom Nook in that ranking as well.

In Animal Crossing: New Horizons, Isabelle takes on her role as an administrator in the Resident Services building. She’s the one who does the daily morning announcements, and she handles all aspects of island life, including resident behavior and dressing, as well as the island flag and tune. She should be one of the most useful and essential NPCs to have on hand, but somehow, she’s the exact opposite of that.

Take, for instance, the morning announcements. Aside from letting the player know when there’s a new visitor at the campsite, or when events are taking place, she doesn’t say much else. This means that she probably has like one useful thing to say each week on average, which leaves the rest of the week’s announcements filled with nothing but drivel about some TV show she watched the previous night.

This was cute at first, but after a month into the game, it’s gotten pretty old. Isabelle could definitely do with a lot more utility in her announcements like letting players know when special NPCs like Flick, CJ, or Saharah are around. She had a special line for when Redd first made his appearance in the game, but nothing after that — why not let that continue?

And then we have the island rating system, which just feels incredibly skewed and broken in this game. Now I understand that the rating system itself is more Nintendo’s fault than Isabelle’s — this little doggo didn’t actually develop the game after all — but since she’s being used as the mouthpiece for the ratings, let’s just pin all the blame on her while we’re at it.

The island rating system in Animal Crossing: New Horizons is based on how many trees and flowers you have, how many pieces of bought furniture and crafted items you have on display, as well as other little factors like bridges and inclines, maximum number of residents, and fencing. Points will also be deducted if you have clutter lying around.

In theory, this system makes sense. But in practice, these are way too many restrictions to have in a game that’s supposed to be all about designing an island the way that you want it. The clearest example of this is in the strict rules for clutter on your island. Leave too many dropped items lying around, and your island will look untidy. Makes sense, but what about items like spare DIY Recipes?

DIY Recipes can’t be put in storage, and since the game actively encourages you to share them with other players, why should you be penalized for leaving them on your island grounds to be picked up by others?

‘”Our island needs…” “Our island has…”
Isabelle, I’m gonna be real, first and foremost, our island needs you to shut the fuck up. What do you even do? You watch some weird TV shows and solve puzzles while I speak to everybody, build bridges and plant trees and if I ask someone, they say the island is wonderful! And all you do is tell me we need more fences? Where am I to put the fences? There is literally no need for even more fences. We need more trees? There is literally a giant orchard in the middle of the island.’

The frustration with Isabelle’s lack of a defined role is something that’s definitely starting to resonate with the Animal Crossing: New Horizons player base specifically. While she could act as the stand-in mayor for when the player wasn’t around in New Leaf, right now, she lacks purpose in New Horizons. And that lack of purpose is translating into annoyance on the player’s part.

Please, Nintendo, we all love Isabelle. She’s the greatest Smash character ever. Make her useful again.