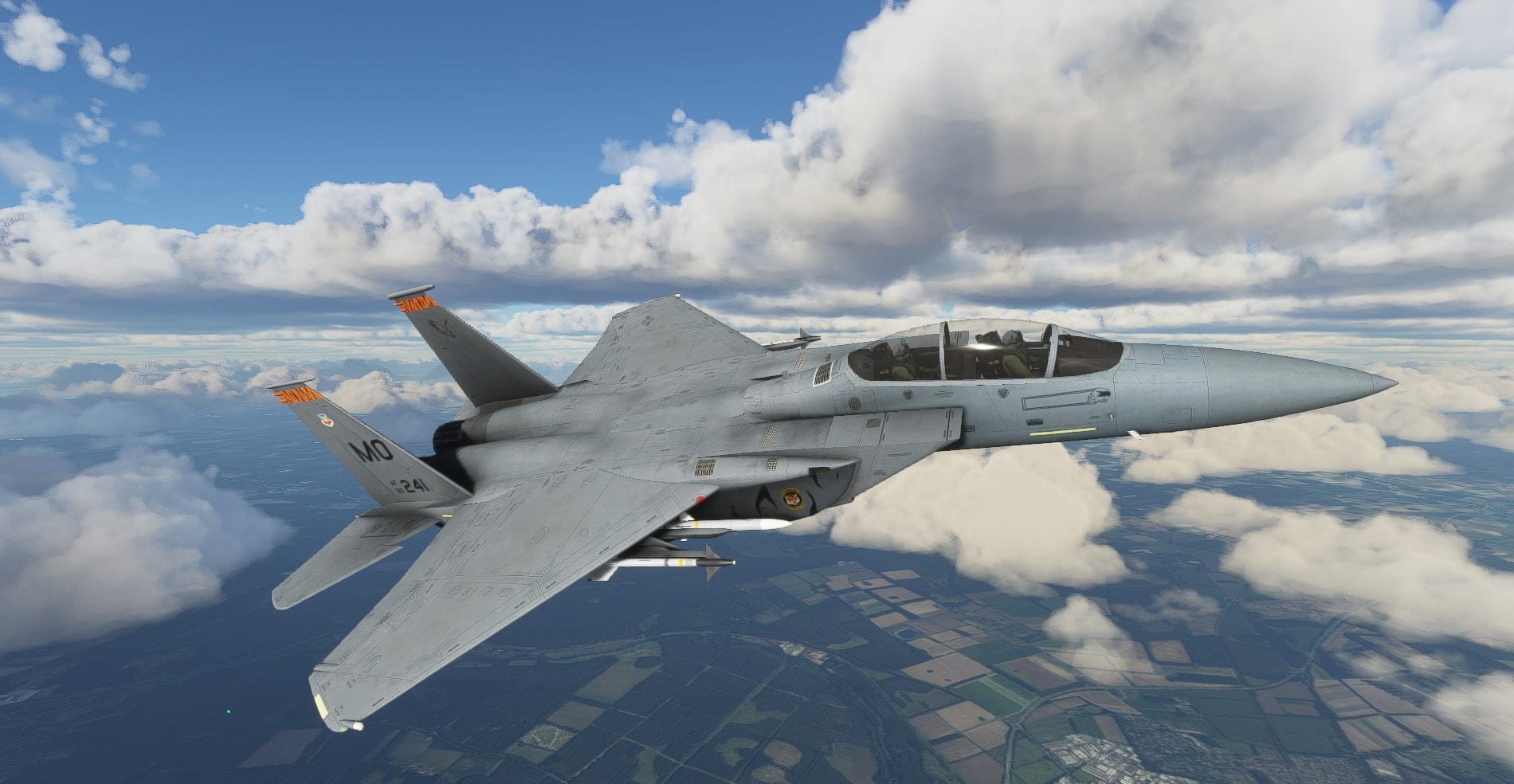 Third-party developer DC Designs provided another update about the development of the F-15 package for Microsoft Flight Simulator.

This time around the update focuses on the F-15E Strike Eagle which will be included in the package alongside the C, D, and I versions.

We get to see the two-seater setup, the HUD, the newly-modeled ejection seats, and even a few images of the interior.

The author of the mod provided an update on the state of development as well.

“Progress has been tough this week but much has been done. The Strike Eagle is coming along well, as the pictures hopefully attest, and essentially the external model is now complete bar some minor last pieces of work. Likewise, the F-15C Eagle is complete and work is now being done on coding and visibilty conditions for the various weapons and systems. Flight testing continued throughout all of this week, with the Eagles operating in both clear skies and thundery weather crossing the UK this week ( I like to fly in real conditions, it’s more fun! )

Improvements to the cockpit and canopy included new mirrors, higher resolution modelling around the canopy frames and of course the new NACES II Ejection Seats being installed. Multi-Function-Displays will be coded next week, hopefully with functional buttons to switch displays. Sadly, there is no guarantee that my radar code will work in MSFS, and there will definitely be no FLIR camera, but those option screens will remain in case such displays become available in the future.”