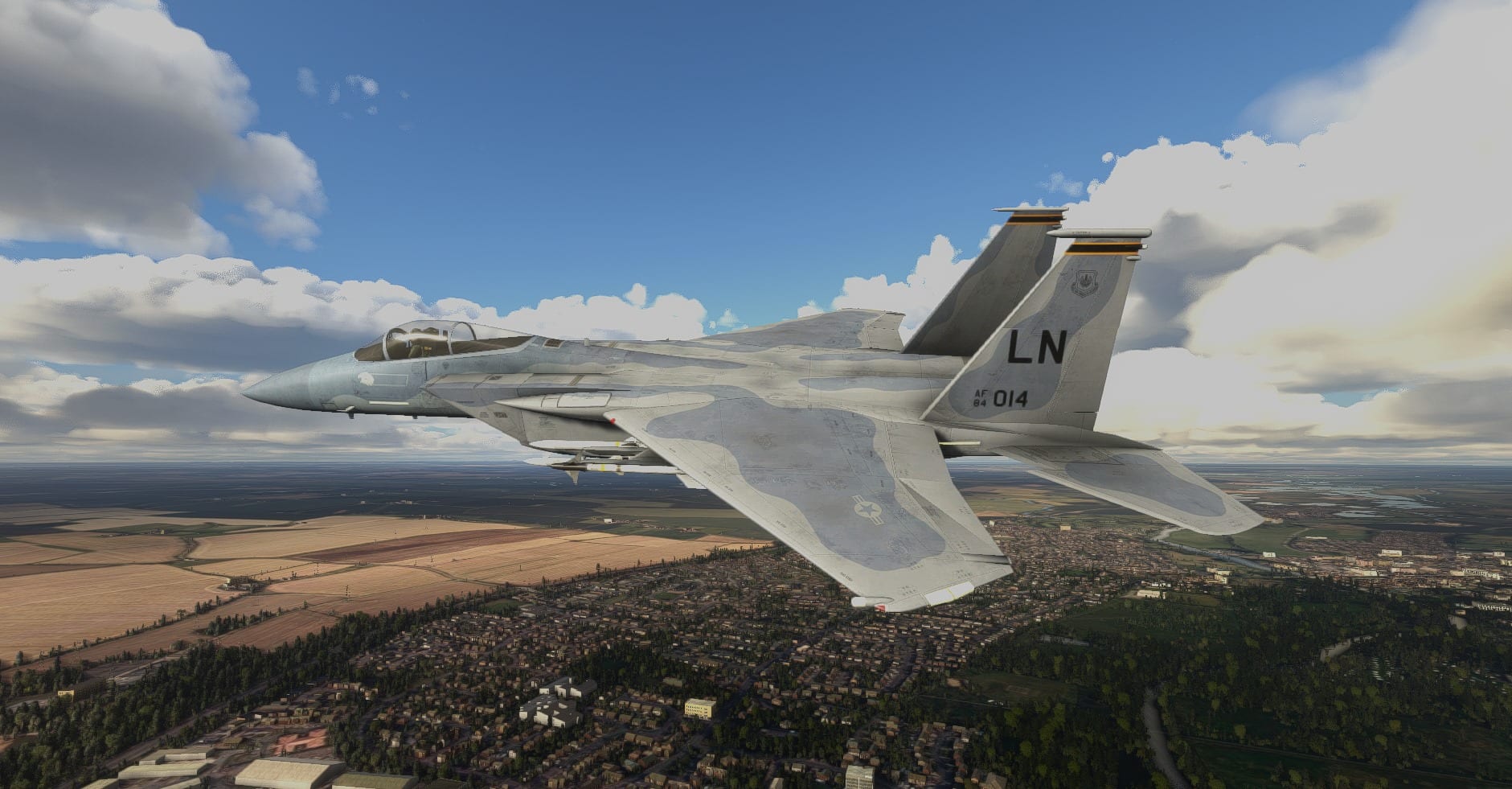 Third-party developer DC Designs provided another update about the development of the F-15 package for Microsoft Flight Simulator.

We also get a few comments on the state of development from the developer, who mentions the project is still on track for a launch late this month.

“This week has been a very busy, and somewhat tumultuous week, as unfortunately, I did suffer something of a set back that means I am unable to bring images of the F-15E cockpit this week as planned. This is due to the method by which I’m bringing my aircraft into MSFS having to change.

Briefly, I was using a converter developed by a friend, but this method was unsuitable for the level of enhancements that I want to bring to the aircraft, so I had to return to my original models and start again. The good news is that, having learned so much about the MSFS SDK, I was able to catch up again within a few days and am now pretty much where I was last week, but with greater scope for improvement.

Some additional features have been added and confirmed, however. The first involves the weapons selection system overhaul. Fuel tanks now appear dynamically depending on fuel-load, and the code I have made uses the “unuseable gallons” feature to ensure that those tanks don’t disappear in mid-flight. However, I may also add the “droppable tanks” feature if I can find enough time to build it in, essential for shedding weight prior to a one-versus-one against enemy MiGs.

Other new features include working rear-view mirrors. These project a simplified version of the view behind, but it’s much better than no mirrors and works pretty well. PBR has been added throughout the cockpit now, along with more detailed bump maps and some extra detail. The F-15 Eagle also has a brand new NACES II ejection seat model with much greater detail, which does a lot to make the cockpit a more convincing place to be. Afterburner shockwave effects remain a work-in-progress but feature in this weeks’ series of screenshots as they’re looking pretty cool, as is the sim itself in this week’s flight testing shots due to the rough weather over the UK at the moment.

On the subject of the simulator, the latest update has thrown a few spanners in the works for many users. Sit tight – the developers are aware and are working to fix them.

Next week should ( I hope ) finally reveal the F-15E cockpit. By the time we get there, I think that the F-15C and D models will be finished all but some final animation coding. The E and the I will follow, and I will spend any remaining time in November generally enhancing everything as much as I can before launch. So far, despite the setback, the project is still on target for a late November launch.”