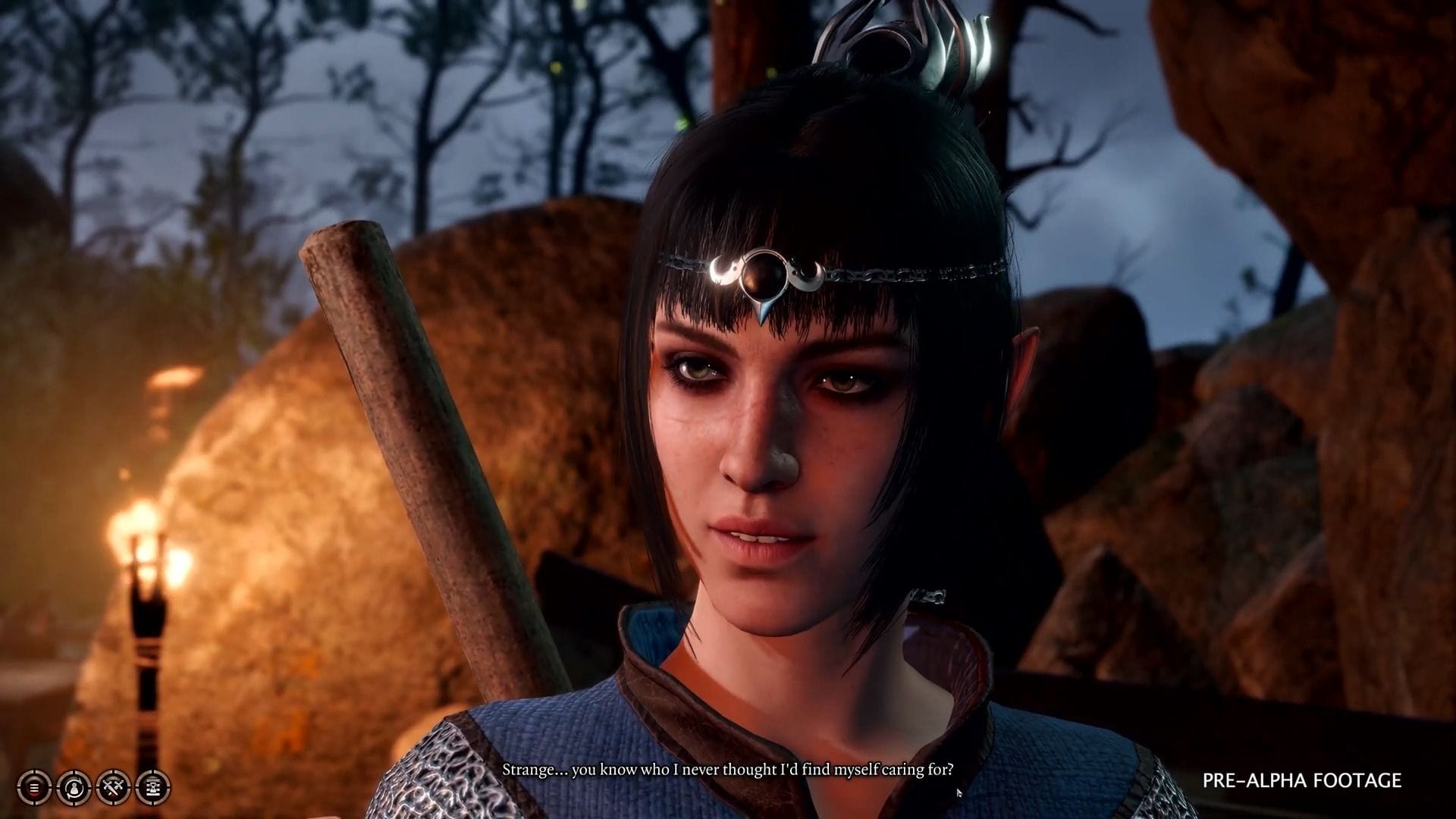 Following the slight delay of the early access of Baldur’s Gate 3 to October 6, Larian Studios released a new video and more details about romance and companionship.

The video showcases the developers as they explain what we can expect from this kind of character interaction that has always been a very relevant part of Baldur’s Gate games.

Apparently, this time around the interactions will be even more complex and deeper than what we have seen in previous titles of the series.

You can watch the video below. And yes, it shows some sexy time, but I’d say it’s fairly safe for work, at least in the video itself.

The accompanying press release also included an extensive explanation of the philosophy behind character interaction in the game, going from friendship to romance and sex.

You can read it in its entirety below.

“Each of your companions have their own personalities, goals, and motivations. Bound by the shared problem of an Illithid tadpole buried in their head, they will join your party but you’ll all have to put your differences aside if you want to survive. The exact relationship you have with your companions, already marred by differences, will be shaped by who you are, what you do, who you side with, and what you say in conversation with them.

Larian have created reactive systems all throughout the journey of a relationship; from the time of meeting a companion, to the potential romance with them, there are hundreds of permutations that define where a relationship heads, if anywhere at all. These systems have been designed to create the most intimate, authentic, reactive relationships ever seen in a Larian RPG.

In Baldur’s Gate 3, a 5e D&D game, creating a custom character will immerse you in the story just as much as playing as one of the Origin Characters. For example, playing as a Drow Wizard will give you different dialogue options than playing as a Githyanki Warlock. These differences will also be present in your relationship dialogues. As you play the game, and you begin to make choices in combat, exploration, and conversation, you’ll be presented with situations and scenarios that are unique to your playthrough. Not too long into Early Access, you will be having an adventure so specific to your character, that no other player is going to see the exact same content.

The sum of a character is determined by many factors, and continues to be shaped by your actions and reactions to the world, and the party you journey with. Frictions may test the party’s resolve, and romances might test the party dynamic. Not only will characters have opinions about you, but also about each other, and other factions in the game. Will you pursue love with one companion to the detriment of another? Or will you side with a faction a companion detests, putting feelings to the side to achieve your strategic goals? As with life, many decisions will have to be made, not all of them easy, and not every outcome obvious.

After a long day’s journey, you will end the day at your camp, Though you can interact with your companions at any time, it’s at the camp where a lot of the most intimate thoughts and feelings come into play. It’s where the party lays down their weapons, and talk at their most vulnerable, all through cinematic dialogues. Through a mix of systems design, narrative writing, and cinematics, Larian is aiming to create three-dimensional relationships that feel as authentic as possible.

“At the end of the day this remains a D&D game and the most important character in a game of D&D is you.”, explains Sarah Baylus, lead writer at Larian Studios.

Each companion has been created to feel authentic, with clear motivations, differences, and views on the world around them. For example, Lae’zel, a Githyanki warrior who trained her entire life to fight Mind Flayers, will approach intimacy very differently than Asterion, a vampire spawn who lured and seduced victims for his master.

Baylus explains “It really comes down to each individual character, there is no overarching design about how a character should react. It’s really organic and about what makes sense for them.”

“We are trying to make these relationships feel real and feel like the relationships you have in the real world. You will meet some people who you have nothing in common with, some will be useful to work together but that is going to be the extent of it. But there could be situations where you get on really well, you share similar goals and you love travelling together.”

We made it this far without saying sex, but we know you want to know. So yes, you can have sex in the game. Of course.”

“No matter which race or gender you are, or which class you are, the levels of intimacy party members share will be defined by extremely in-depth, life-like evaluation of everything you’ve been up to together. We’ve tried to create an authentic, reactive relationship system where characters act and react like people. For better, and for worse.

On a totally unrelated note, Baldur’s Gate 3 has been officially rated M for Mature by ESRB, and that’s probably for the best. “

If you want to see more about Baldur’s Gate 3 you can check out the original announcement trailer, a clip introducing the project, a video celebrating the announcement, the first extensive gameplay, plenty of screenshots, and even more gameplay.

“Gather your party, and return to the Forgotten Realms in a tale of fellowship and betrayal, sacrifice and survival, and the lure of absolute power.

Mysterious abilities are awakening inside you, drawn from a Mind Flayer parasite planted in your brain. Resist, and turn darkness against itself. Or embrace corruption, and become ultimate evil.

From the creators of Divinity: Original Sin 2 comes a next-generation RPG, set in the world of Dungeons and Dragons.”