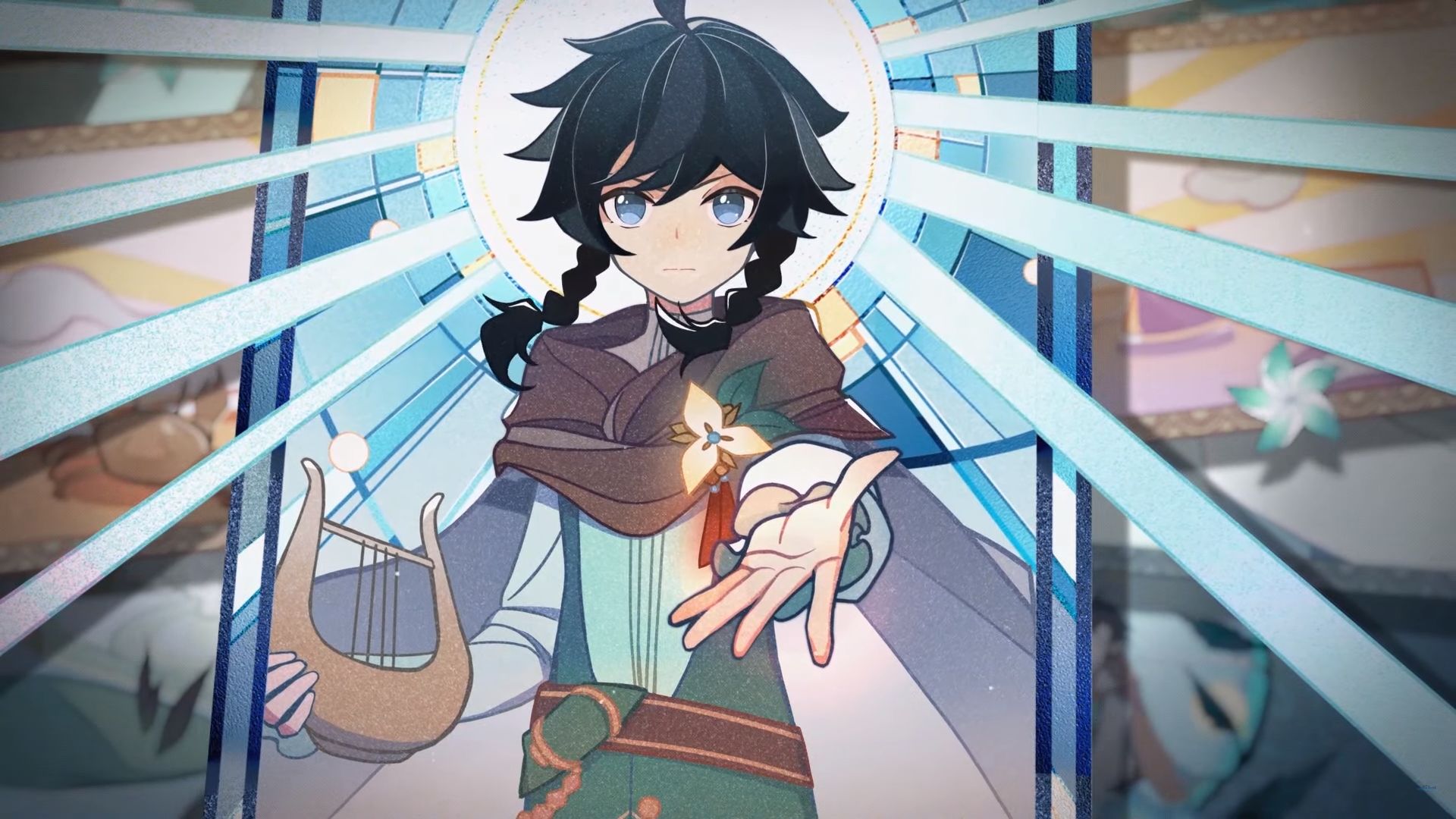 Genshin Impact developer MiHoYo released a new trailer teasing more of the story that you’ll be able to enjoy in the upcoming action-RPG .

The trailer focuses on the story of a lyre-playing boy who gains the power of the wind.

The sitting Anemo Archon, Barbatos, was once a single, shapeless wisp among the thousand winds. In Old Mondstadt, ruled by the lord of storms, he encountered a young boy…

Incidentally, the boy definitely looks like Venti, one of the playable characters of the game.

“Likes apples and lively places, but is not a fan of cheese or anything sticky.

When using his Anemo power to control the wind, it often appears as feathers, as he’s fond of that which appears light and breezy.”