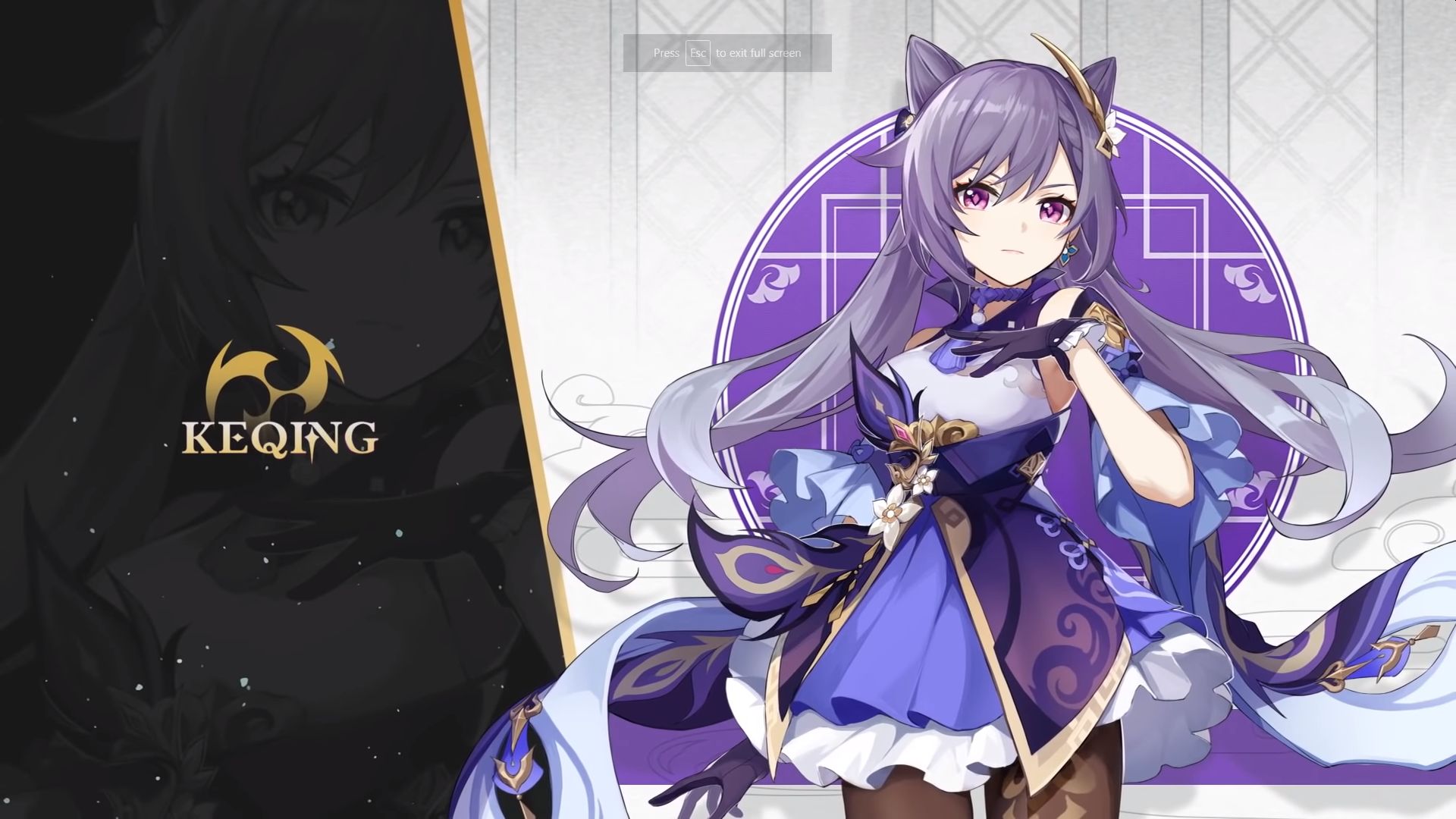 They’re Keqing and Mona, and we get to see once more the lovely anime-style visuals of the game.

Here’s how the developer describes Keqing:

“The Yuheng of the Liyue Qixing. Keqing has much to say about Rex Lapis’ unilateral approach to policymaking in Liyue -but in truth, gods admire skeptics such as her quite a lot.

She firmly believes that humanity’s future should be determined by humans themselves, and that they can even do better than the archons and adepti have done for them. In order to prove this, she works harder than anyone else.”

Below you can read about Mona.

“A mysterious young astrologer who proclaims herself to be “Astrologist Mona Megistus,” and who possesses abilities to match the title. Erudite, but prideful.

Though she is often strapped for cash and lives a life of thrift, she is resolved to never use astrology for profit… It is this very resolution that has caused her to constantly fret about money.”

If you want to see more of Genshin Impact, you can enjoy the latest trailer, an earlier promotion video, another from Chinajoy,  one from a few weeks ago,  the opening cutascene, and  two trailers introducing Fischl. You can also read our recent hands-on preview.