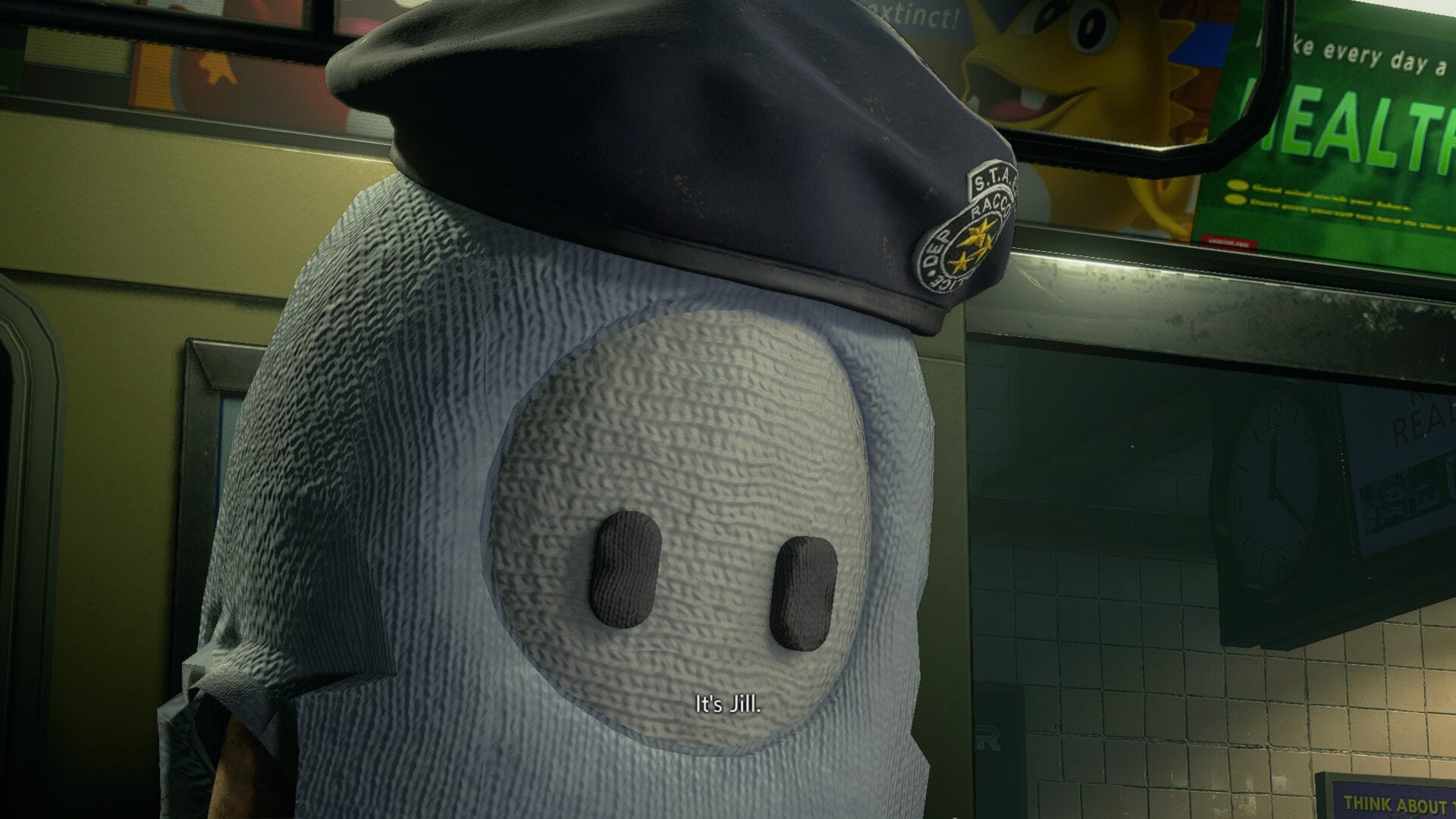 Fall Guys are everywhere at this point. The PS4/PC title has received tons of positive attention ever since it launched earlier this month, even causing folks to create their own fan-made costumes that they would love to see in-game.

It was only a matter of time before these adorable jelly bean men invaded other video games via mods, and that’s exactly what happened.

A modder that goes by XxCRAZYPOTATOxX on Nexusmods has created a Resident Evil 3 Remake mod called Jilly Bean (get it?) that puts Jill into a Fall Guys costume and it’s actually very detailed and impressive-looking.

The mod pack also allows you to put Carlos and Nemesis into the Fall Guys costume, because why not?

You can watch a few minutes of the Resident Evil 3 Remake mod down below via YouTuber Benjamin York:

If you’re looking for even more wholesome Fall Guys content, then you absolutely need to check out this a capella version of the theme song, which was performed by Elspeth Eastman.

You can also read this story on the latest patch to hit Fall Guys and another story about the battle royale title coming to mobile devices, but only in China for now.