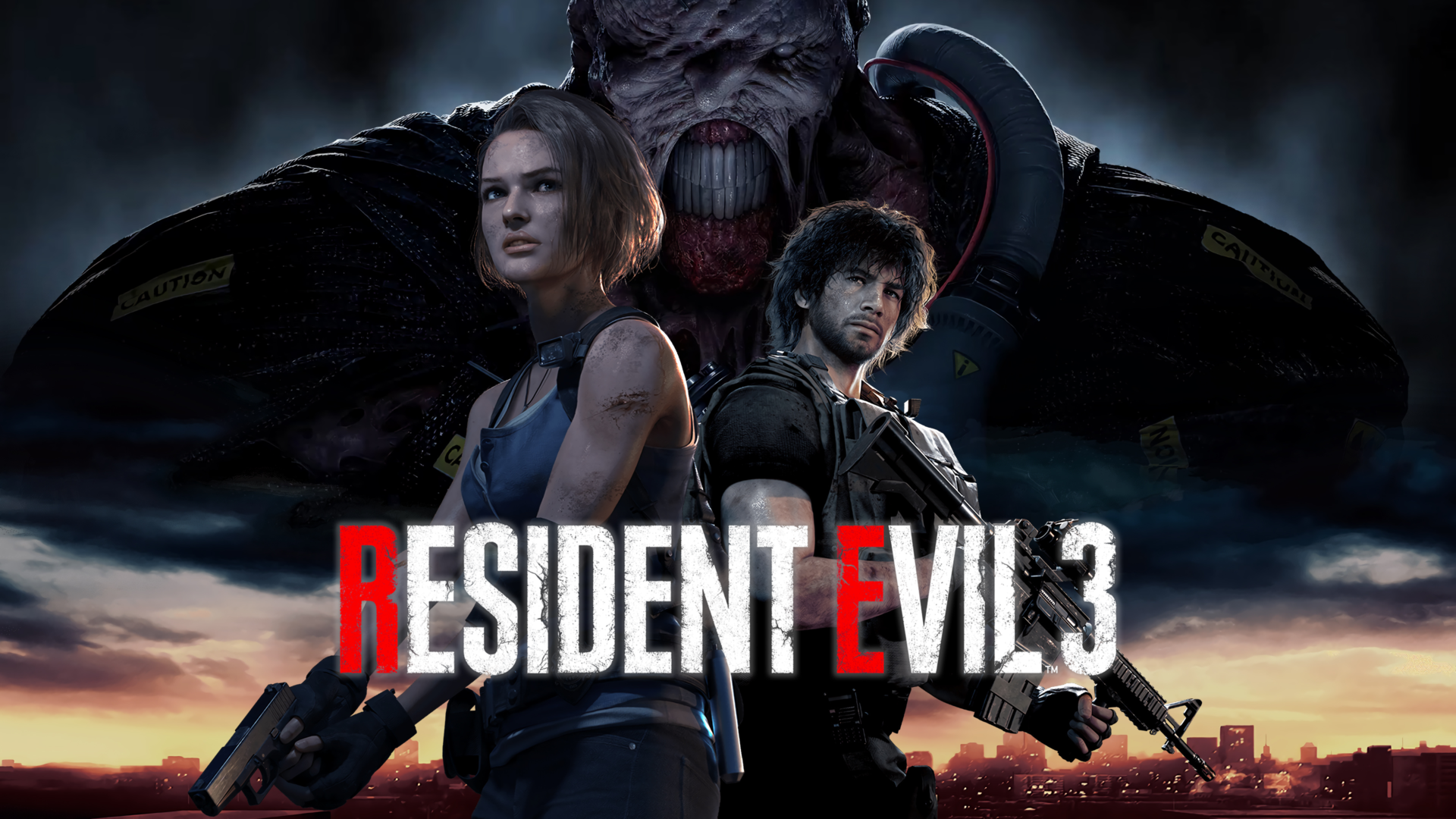 Resident Evil 3 Remake’s opening scene is a clever reimagining of the 1999 classic. Gone is the cheesy expositional dialogue, replaced by an opportunity to wander the confines of Jill’s apartment. In first-person. For a brief moment (disappointingly so) we see the world through her eyes, isolated and afraid as she hunkers down from the spread of the t-virus. It’s impossible to ignore parallels to the coronavirus pandemic currently gripping the world –a reality that gives the scene an extra punch that hits frighteningly close to home.

But unfortunately, this is about the last time Resident Evil 3 Remake inspires that same sense of wonder and gravitas, the last time it offers something more than just defaulting to a modern and glamorous redo of Jill’s linear escape from Raccoon City. Indeed, while its slick production values and gameplay will ultimately thrill most players in the same way as its predecessor, I found myself disappointed that this next remade chapter of Capcom’s most beloved franchise never delivers anything too far beyond the original framework.

It’s a frustration compounded by a comically short length, even less than the original which I remember was criticized back in 1999. Six hours is all it took me to complete a first, fairly doddering playthrough. Three hours at a second attempt on its hardcore difficulty, which is the only reason to experience the story again given there’s no A/B side feature adding to replayability.

20 years later, with Capcom having appreciated the criticism of the original and surely understanding how anticipated the remake is, the lack of content is particularly bizarre. It’s a missed opportunity that I sadly can’t avoid dedicating a large portion of this review to lamenting.

Especially because what is actually here is, for the most part, brilliant. Make no mistake about it: I thoroughly enjoyed almost every bit of my six hours or so with the game, and I’m sure that this continuation of the same design that was universally applauded for Resident Evil 2 Remake will have other players equally engrossed.

There’s no doubt if you enjoyed last year’s effort then nothing about the way Resident Evil 3 Remake actually plays will disappoint. In fact, there’s a new dash mechanic which actually improves the overall gameplay experience; evading zombies is super gratifying, and it should make speedrunning a hoot to watch. Importantly, though, there’s that same level of polish which once again sees the franchise elevated to the bleeding edge of video game development.

Also, thanks to some subtle but clever narrative tweaks, the remake ultimately does better tell the tale of Jill and Carlos’ escape from Raccoon City as they’re hounded by the terrifyingly indefatigable Nemesis. It’s a story that takes place at roughly the same time as Resident Evil 2’s, and there are one or two new scenes that help intertwine the two games. There are also some fun easter eggs to appreciate, too.

I love all that. It’s just that there aren’t quite enough of them. There’s also not enough time spent exploring what is for Resident Evil nerds like myself a hallowed window of time in the lore of the series. That is to say, the events of the original Resident Evil trilogy are legendary and these remakes provide the perfect platform to expand upon them, but this never quite happens.

Instead, Resident Evil 3 Remake is a fairly conservative retreading of the original game, save for the aforementioned meager offering of new story content. Actually, there’s actually one section toward the end of the game –the Clocktower– that’s noticeably and disappointingly absent.

The most notable change is Nemesis itself, of course: Still as relentless as ever, Umbrella’s search and destroy monstrosity now looks even scarier, wields a flamethrower, and mutates throughout the game. And the boss encounters with him are some of Resident Evil 3 Remake’s most entertaining and intense moments.

Although, his moment-to-moment presence isn’t particularly suspenseful. Functionally, Nemesis is more dangerous and his design is more impressive, but he doesn’t stomp around hunting you quite as he did in the original game, or even as Mr. X does in Resident Evil 2 Remake.

There’s no randomness to Nemesis’ appearances and I think the scripted nature of his design actually hurts the game a bit, even if he is more spectacular to behold overall. The issue is exacerbated by an autosave feature that telegraphs any notable moment in the game about to occur.

Elsewhere, new monster types make things interesting. Although, I have to say the way they’re introduced reminds me of what I didn’t like about Resident Evil 4 and 5: there’s no clever tease before their appearance to dial up the tension as there is in the first two games (think the zombie dogs of Resident Evil’s intro or the gruesome lickers of Resident Evil 2).

The third game has its own set of equally grotesque monsters, certainly, but with the exception of the tough-as-nails pale head zombies, they rather appear out of nowhere. It’s less about the tense build-up and more a chaotic shooting gallery –entertaining enough but it misses the atmosphere, the sense of dread, that last year’s remake did such a great job of recapturing.

Ultimately, of course, the speedier pacing and stronger focus on action is a design that’s in line with the original game. It’s important to recognize and understand that. You can see the lineage of the 1999 classic quite evidently, and you can also appreciate how the franchise as a whole went on to become more and more focused on action.

I think it’s cool that the remake is built around that same core principle, and I’m pleased to say that it never overdoes things in that regard. Still, I wonder whether was room to cut up the action with new scenes more centered around that same survival horror tension last year’s remake got so spot on. After all, that’s the focus we all want for the series moving forward, right?

Instead, it seems that time which might otherwise have been invested in that sort of an initiative has been poured into Resident Evil Resistance, the 4v1 multiplayer game (a standalone install, oddly enough).

We’ll have a separate piece that takes a deeper dive into our impressions written shortly, but in brief, I’m not all that impressed with its offering. Resistance is mildly entertaining and feels as though it’s been built within the same blueprint as popular multiplayer horror games like Dead by Daylight. Whether it gains enough traction to mimic that same level of success or even warrant the level of post-launch support remains to be seen.

As of right now, however, my feeling is that Resistance isn’t a good enough alternative to an expanded single-player campaign. I would have much preferred a longer main game that added additional beats to the story and lore of the Resident Evil universe.

And frustratingly, there are so many opportunities to do so, many of which Capcom lays a foundation for itself –opportunities I won’t spoil here but revolve around familiar faces popping up in the early parts of the game whose backstories could have been explored.

Aside from that, including more complex puzzles, adding additional boss fights, or even incorporating new mechanics like the zapping system from RE0 and/or better utilizing the first-person perspective that is puzzlingly only included at the very start would have represented a bolder and more concerted effort to expand Resident Evil 3 beyond its original framework.

In lieu of that, Resident Evil 3 Remake ends up frustrating. It’s so damn good, but it’s disappointingly brief and conservative. The game looks stunning and it plays fantastically well, but I’ve beaten it twice and I don’t feel as though my hunger for Resident Evil has been satiated. Certainly, I’d have an even more bitter taste in my mouth had I paid $60, which ultimately makes it hard to recommend at full price to those outside the Resident Evil hardcore. 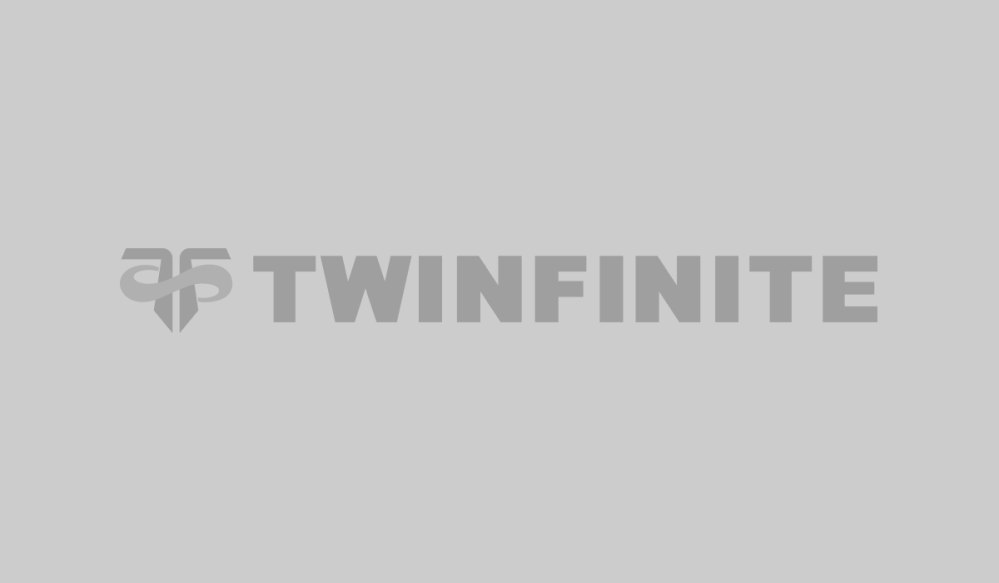