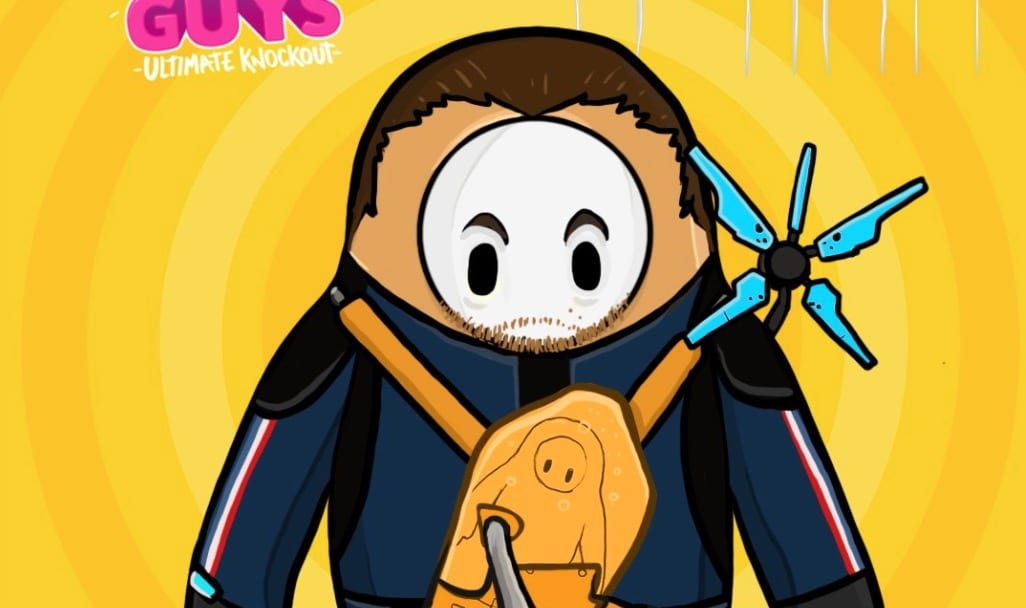 Fall Guys is a visual representation of shoppers getting trampled by other shoppers just trying to get the hottest item on sale before anyone else every Black Friday. In this case, the hottest items are the crown and the new costumes and patterns to compliment the shining headwear.

Ever since the newest free-to-play battle royale game crash-landed on PS4 and PC two weeks ago, players let their imaginations run wild with new costume designs inspired by other video games and pop culture staples, most of which begged the developers to add them to the Fall Guys costume shop.

Remember the old school Crash Bandicoot commercials where a guy goes to the gym and goes to the grocery store in a Crash suit?

If the devs allow it, you can relive those crazy memories by dressing your cute little jellybean in the most rad costume of the ’90s, courtesy of @LuchosFactory and let them crash into everything and everyone in sight.

With less than two months before the release of Crash Bandicoot 4: It’s About Time, it’s the perfect time for the jellybeans to parade around in the Crash suit to promote the game.

What could be better than carrying an encapsulated baby through a hellish landscape dominated by monstrous Beached Things? Carrying the baby through a high-stakes competition with the risk of the capsule breaking from getting trampled.

While the thought sounds cruel in practice, @HoggysArt‘s costume design of Sam Bridges with BB-6 attached makes it so frickin’ hilarious.

This costume design of Colonel Sanders by @kfcgaming is just as cute as Colonel Sanders in his own dating sim game. He’s cute enough to eat as long as he doesn’t make anyone throw up at five in the morning.

Somebody once told me the world is gonna crush me, I ain’t the fastest bean in the can. @ZetillaReturns drew this costume of Shrek, the meanest, leanest and greenest ogre in the history of animated movies.

If this design makes it in the Fall Guys costume shop, that’ll be the devs singing, “Hey now, you’re an all-star! Get your game on, go play!”

Coming in last place in See Saw and the Whirlygig can get you in a real pickle — literally and figuratively.

@DatDustyy‘s Pickle costume inspired by Pickle Rick from Rick and Morty will turn your jellybean into the smartest, if not ruthless, pickle in the whole jar.

These Fallout costumes by @caio_thiago touch on the clever wordplay of the titles for two drastically different games — one that’s all bright and colorful, and the other… less so.

Even so, if these guys can survive walking through a deserted wasteland, they will certainly survive getting trampled on by hordes of jellybeans trying to climb up Fall Mountain.

Slip into any one of these Aang costumes created by @FourZayo, and you’ll master all four elements to wipe out anyone getting in the way between you and the crown.

Not only will you become the Avatar, but you’ll also be king (or queen) of the world!

@HavoKEBlast45‘s Sonic costume will make you gotta go fast and avoid all the obstacles to get to the finish line seconds ahead of everyone else.

The costume shown here is the movie version of Sonic, given the blue arms, teardrop and lightning discharge, but it’s just as good as the regular Sonic.

The Mongols wouldn’t be the only horde @MarwaYsn‘s Jin Sakai costume has seen. Your jellybean’s samurai armor will endure the stomps of 59 other players and hits and whacks of rubber balls and turbines.

Which fan costume is your favorite? Let us know in the comments down below!