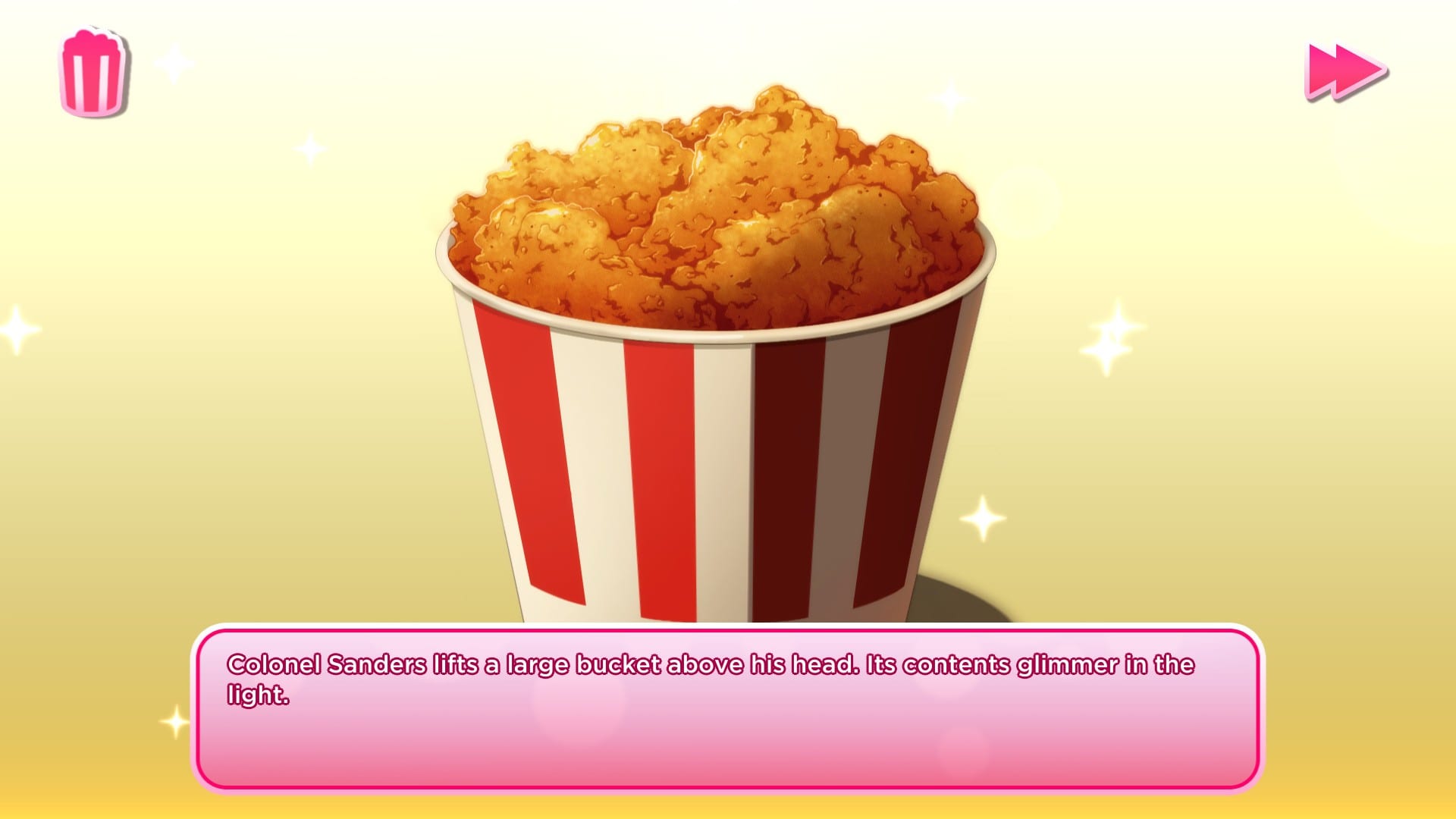 Fried chicken fast food restaurant Kentucky Fried Chicken, or KFC, is publishing its own video game on Steam where players will be able to date its mascot.

Called I Love You, Colonel Sanders! A Finger Lickin’ Good Dating Simulator, the game is indeed published by KFC according to the game’s official Steam store page.

The visual novel game follows the player as a culinary student who must try to date classmate and fried chicken mascot Colonel Sanders.

“Do you have what it takes to survive culinary school? Will Colonel Sanders choose you to be his business partner? Or maybe even so much more?” the Steam description reads.

According to the page, there are nine characters in the game including rival chefs and a professor who is a chef-wearing hat dog with glasses and a tie which can be affected by the player’s choices when it comes to friendship and love.

The description states “Multiple hours of play-through” alongside cooking battles, a secret ending, and a dateable Colonel Sanders of course.

You and The Colonel🤩…

The KFC game is being developed by Psyop, which created visual novel Camp W and virtual reality-supported fortune teller game Kismet. It currently does not have a release date.

Check out the trailer for I Love You, Colonel Sanders! A Finger Lickin’ Good Dating Simulator below, via Noisy Pixel.