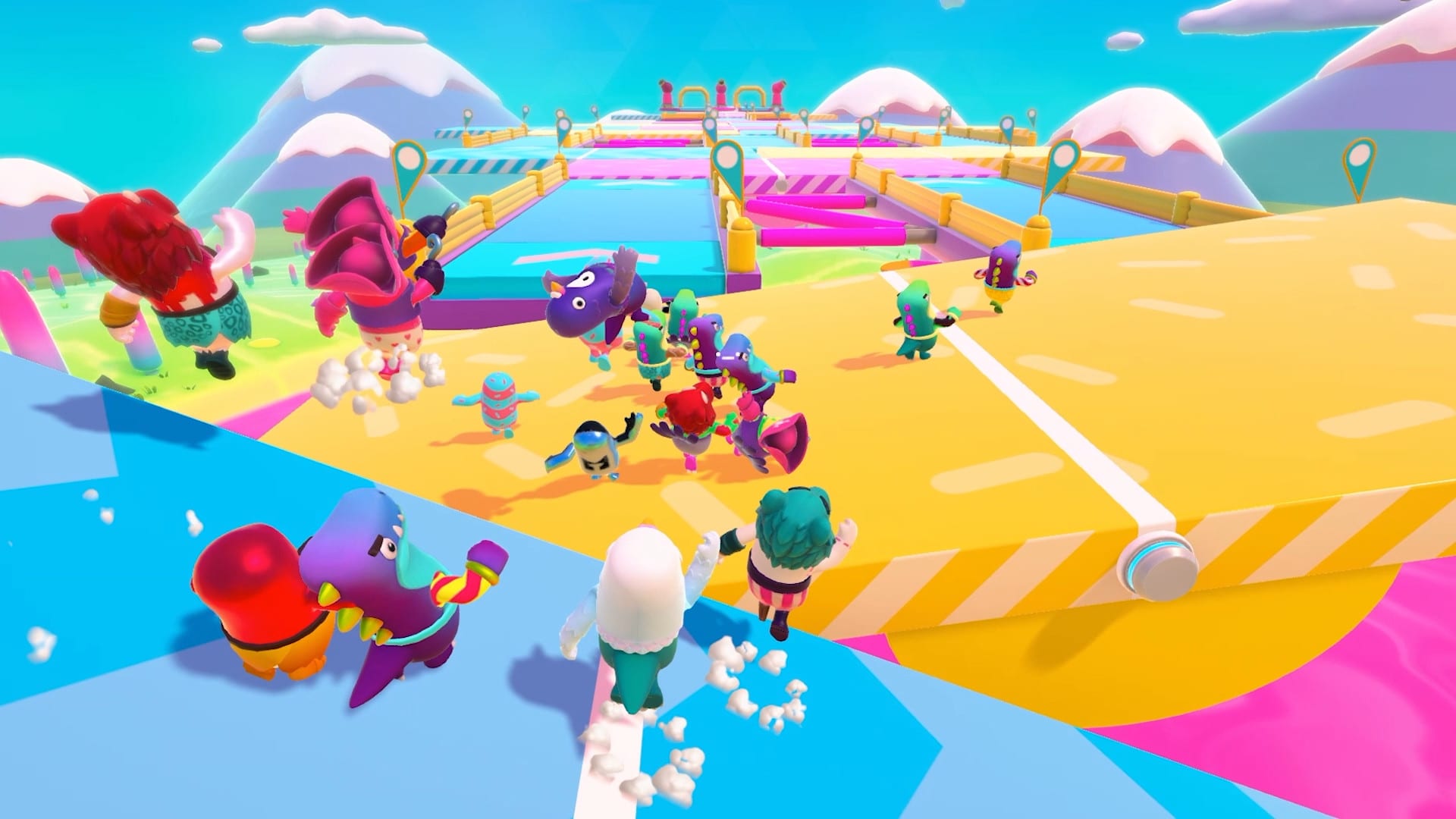 Colorful and chaotic, Fall Guys: Ultimate Knockout is a fresh take on the increasingly rote battle royale formula. It provides a carefree and fun alternative to other, more intensive offerings, yet lacks the replay value that made them so compelling in the first place.

Created by developer Mediatonic, Fall Guys has a fairly simple premise: You play through a series of four mini-games, and if you manage to outlast everyone else, you are crowned the winner. There is a wide variety of games in rotation, and with each match containing up to 60 players, you have a recipe for some pretty tense encounters, especially during clutch final moments.

Featuring a vivid and colorful aesthetic, and some hysterical physics at its core, Fall Guys is the antithesis of the more dour and serious competitors within its own genre. Each game plays out like a looser take on a Mario Party mini-game and is more likely to appeal more to casual players of Fortnite than to hardcore players of games like Apex Legends or PUBG.

Fall Guy’s mini-games come in three main flavors: races, team games, and survival matches. Making it through three randomly selected matches will get you through to a special final round that determines the winner. The finale corresponds to one of these three categories but is usually more difficult than its regular counterparts.

Races are, as you might imagine, a matter of getting from Point A to Point B as fast as possible. There are all kinds of obstacles to impede your progress and are further complicated by the other 59 players, who will jostle for position and create congestion at chokepoints.

Most are pretty great, with Slime Climb (in which you must outrun a rising tide of goo) and Fruit Chute (in which cannons fire oversized fruit right at you) being particular standouts. Tip Toe (in which you must correctly divine the right path through trial and error), conversely, is quite weak, and I find myself groaning each time it comes up.

In Survival matches, you either need to stay alive until the timer runs out or until enough players have been eliminated for you to progress. They are generally quite thrilling and are perhaps the map type in which player skill matters the most.

Jump Club and Block Party provide incredibly tense challenges and have been home to some of my favorite moments with the game. Both are incredibly simple, requiring patience and timing to avoid being knocked out of each other’s respective arenas, but are again made manic by the dozens of others players competing for incredibly limited movement space.

Team games require you to work together with other players in order to achieve a variety of different objectives. These scenarios can range from ensuring your team is in possession of the most tails when the timer runs out (Team Tail Tag), or that you have the higher score in wacky takes on both soccer (Fall Ball) and slalom (Hoopsie Daisy).

At times, though, your contribution can feel minuscule. In Team Tail Tag, for example, if you are already in possession of a tail, you just have to wait out the clock, avoiding your opponents until the round ends. There is nothing else you can do to assist your team, except run in circles, and hope that your comrades are up to the task. Placing last overall means the disqualification of your entire team, and it can be pretty disappointing to go out this way.

There are more than 20 mini-games in total, which sounds like a lot, but within just a few hours I had played all of them. The chaotic nature of Fall Guys makes replaying them enjoyable, but already I have my favorites, and around half a dozen I would gladly skip every time if given the option.

This is a real problem in an online game that is meant to be highly replayable. If Mediatonic is able to release game types at a fairly rapid clip, and perhaps rotate out maps that the community deems weaker, that would go along way to alleviate the repetition, although it is admittedly a fairly big ask. Still, if they hope to find lasting success in the space, these are problems that will require creative solutions.

Fall Guys has had a pretty rocky launch, at least in my home Oceanic region. Finding games has been a mixed bag, with lobbies either filling instantly or being canceled due to insufficient players, at about a 50/50 ratio, reportedly due to server strain caused by the massive influx of players jumping in at launch.

It’s disappointing that Mediatonic didn’t take steps to increase capacity ahead of launch, considering we knew the game was going to be free on PlayStation 4 with PS Plus, and by the palpable anticipation among streamers and other online gaming pundits. It’s not the hugest issue, but I would be pretty disappointed if I was playing on PC and had paid full price, as is the case for many players.

More egregious, though, is the complete lack of controller options in the PS4 version of the game at the time of this writing. If you, like me and a significant portion of gamers the world over, play games with the vertical camera inverted, well, you are shit out of luck. These options are available in the Steam version of the game, so I would imagine it is only a matter of time before they come to PS4, but it’s really disappointing they weren’t included at launch.

Neither issue is vorpal and, due to the nature of online games, will probably be fixed in the coming days or weeks. That doesn’t excuse their exclusion however, as both affected my experience of the game significantly, and I can’t see myself playing Fall Guys again until they are rectified.

Still, there is a very promising kernel at the core of Fall Guys: Ultimate Knockout. With some more game mode variety, some basic controller and accessibility options, and a stable player base, I could see it being a great alternative to other live-service games. It just isn’t quite there yet. 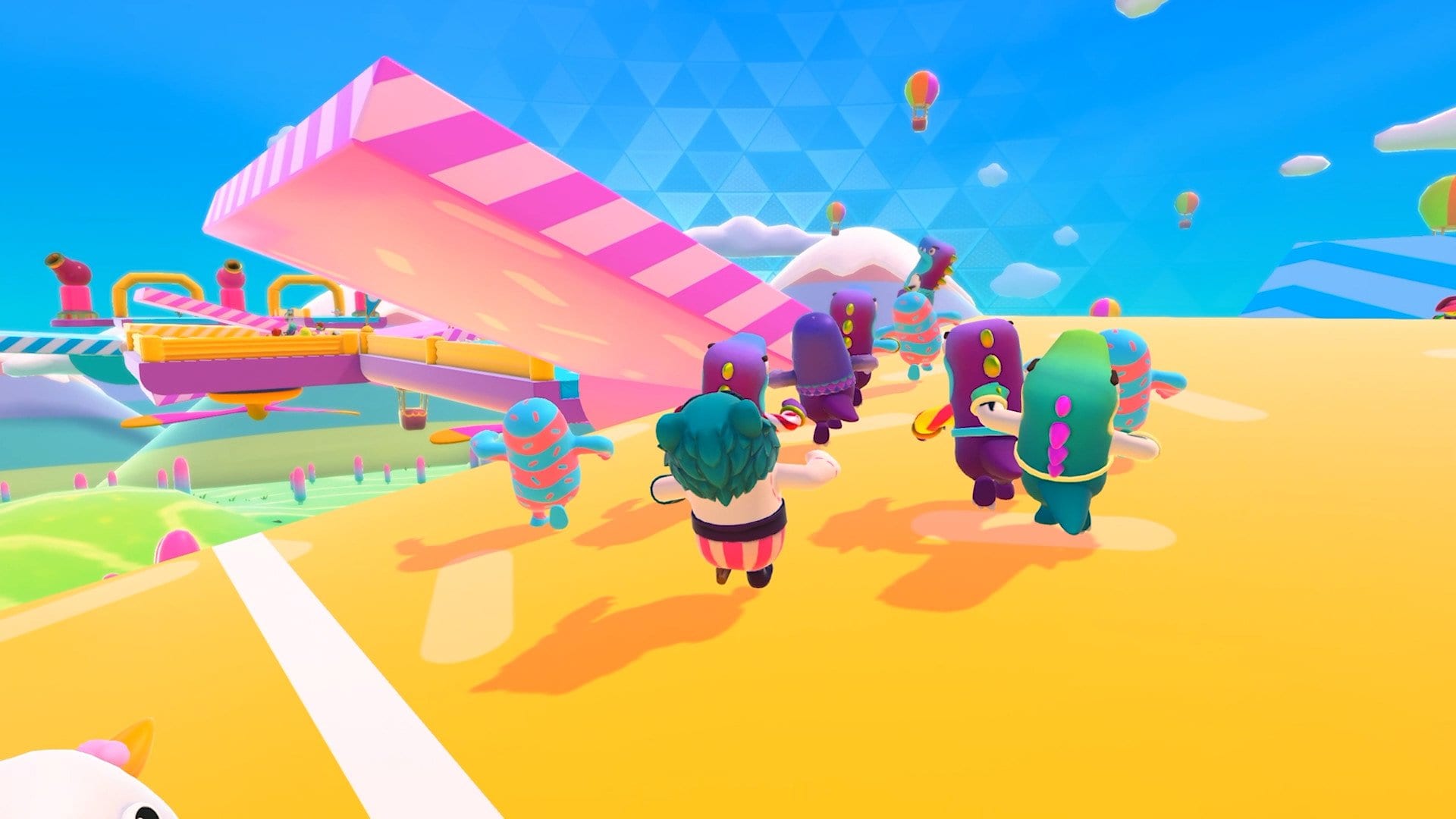