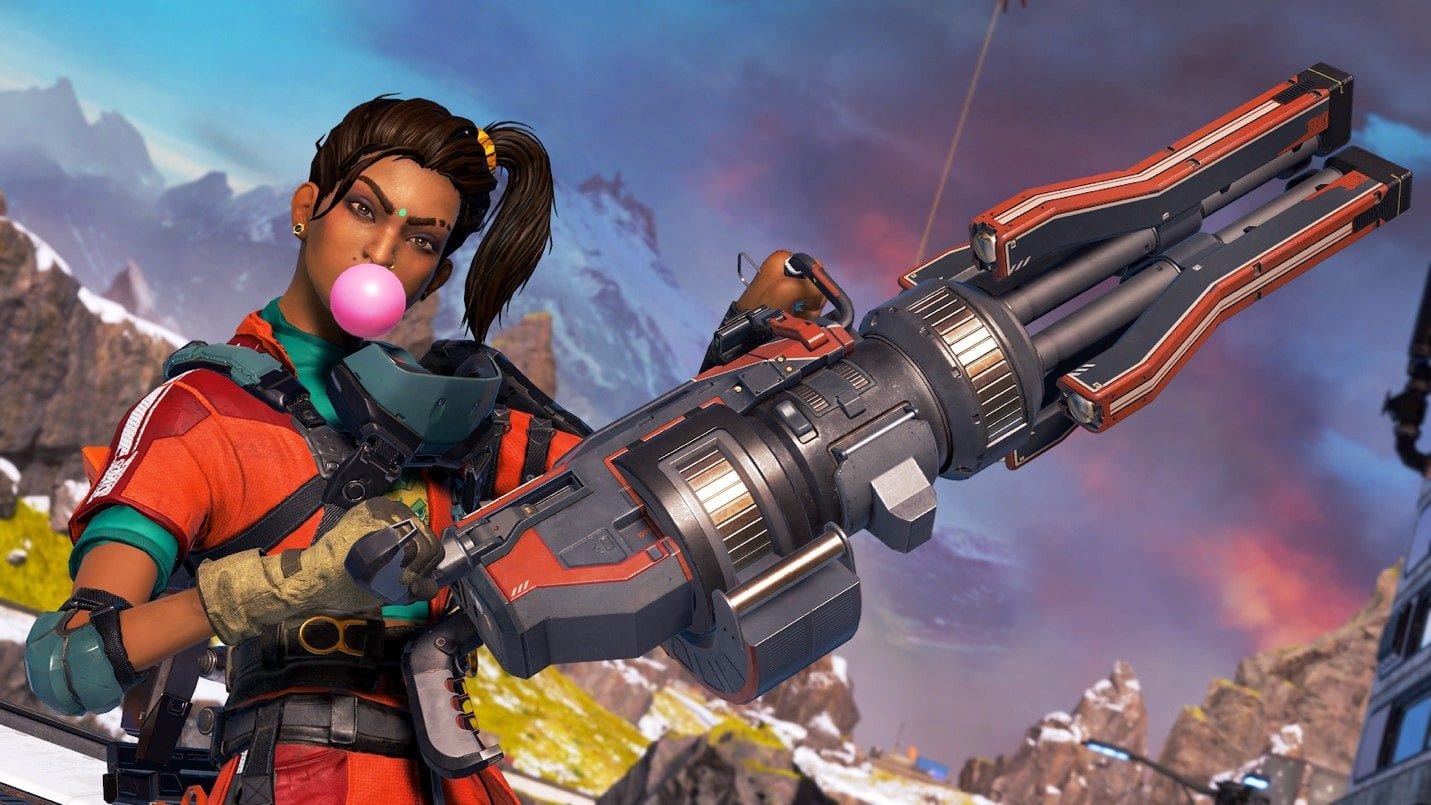 The sixth season of new content for Respawn Entertainment’s Apex Legends will be going live on Tuesday, Aug. 18 alongside a new update.

The update adds new character Ramya Parekh, a “21-year-old British Indian, blue collar, private business owner” who has abilities more suited to stay in one place and continually shoot. Her ultimate ability places a mounted minigun that anyone can use, her passive can reload it and light machine guns faster, and her tactical ability places a chest-high wall that blocks incoming fire and empowers outgoing shots.

Other new additions include changes to the World’s Edge map, the energy-based Volt submachine gun, an in-game crafting system to create weapons and ammo from resources found around the map, a new quest, and a new Battle Pass.

Season 6 will change how armor is used in the game by replacing all non-gold armor as Evo armor. Players will find white, blue and purple pre-leveled Evo armor that can still be upgraded to red status by damaging enemies.

Players will also spawn with “Level 0” Evo armor, which can be upgraded to white Evo armor quickly by doing damage early in the game.

The update brings changes to several characters, notably the recon characters Bloodhound, Crypto, and Pathfinder. All recon characters can now use survey beacons to find the next circle, instead of just Pathfinder, while Crypto can use his drone to activate both survey and respawn beacons.

A few weapons also received changes such as the removal of the Precision Choke hop-up, though it will be integrated into the Triple Take and Peacekeeper by default. The R99 submachine gun has been moved into Supply Drop loot, and the Devotion has moved back into loot found in the environment.

The full patch notes for the Apex Legends Season 6 update can be found here, which also includes quality-of-life and bug fixes.