Rabbit & Bear Studios’ JRPG Eiyuden Chronicle: Hundred Heroes has just passed its stretch goal set at $1,000,0000 on Kickstarter, and it’s a rather important one.

Following the stretch goal that unlocked the “Fortress Mode” at $750,000, this one promises backers a console release for PS5, PS4, Xbox Series X, Xbox One, and a potential next-gen successor of the Nintendo Switch.

These platforms are, of course, in addition to the initially-confirmed PC version.

This shouldn’t be too surprising considering that it brings back together Suikoden creators Yoshitaka Murayama and Junko Kawano, and appears to be a spiritual successor of the popular franchise.

Speaking of stretch goals, two more have been revealed. At $1.25 million, the game will include a cooking minigame. $1.5 million will unlock the New Game Plus.

If you’re wondering what the developers mean by a possible next-gen console by Nintendo, you can read their full statement on platforms below. 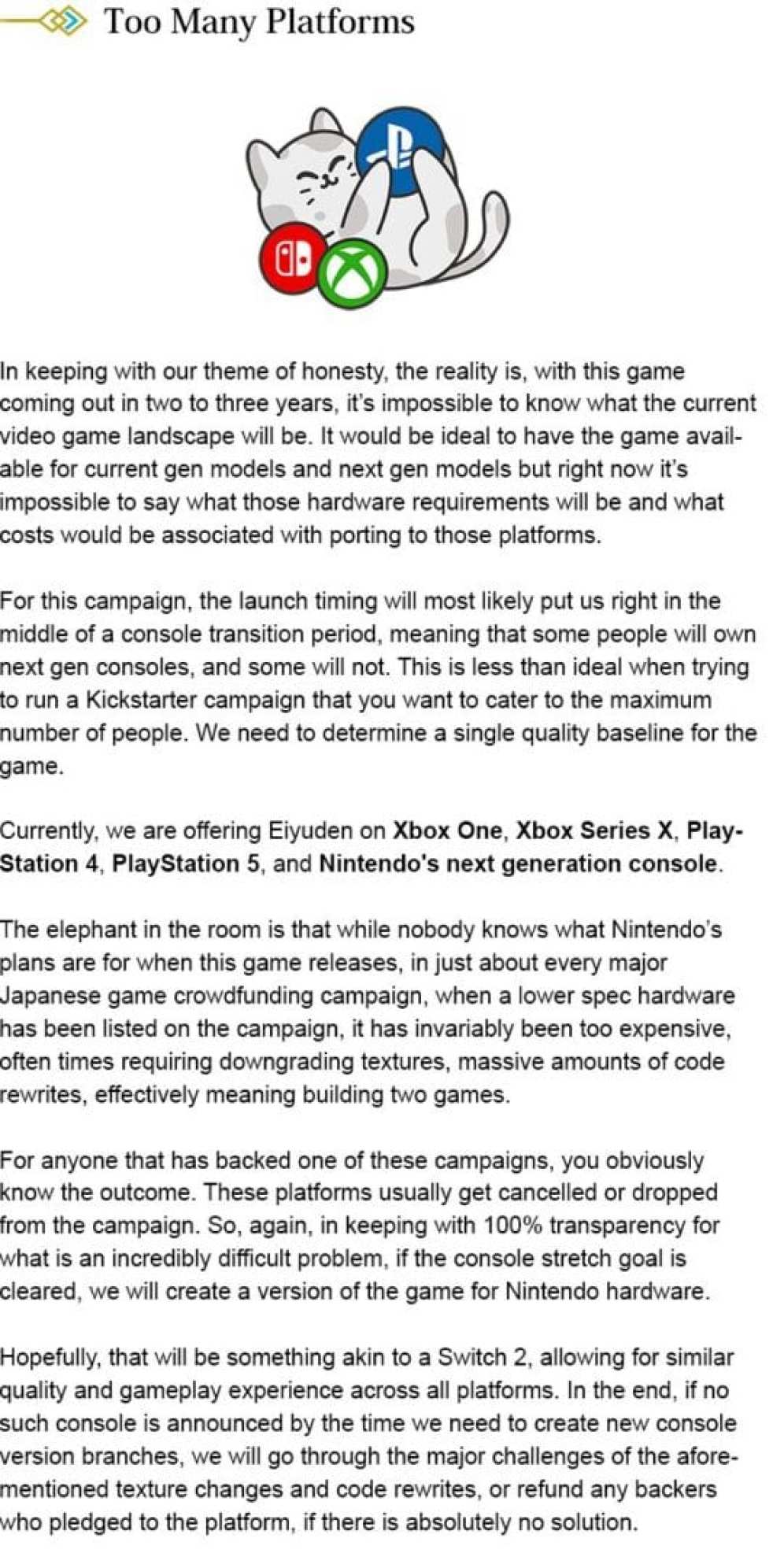 In case you missed the original announcement, below you can read about the story of Eiyuden Chronicle: Hundred Heroes.

For the sake of full disclosure, the author of this article has backed the game at a basic level in the first minutes of the campaign. He’s that excited.