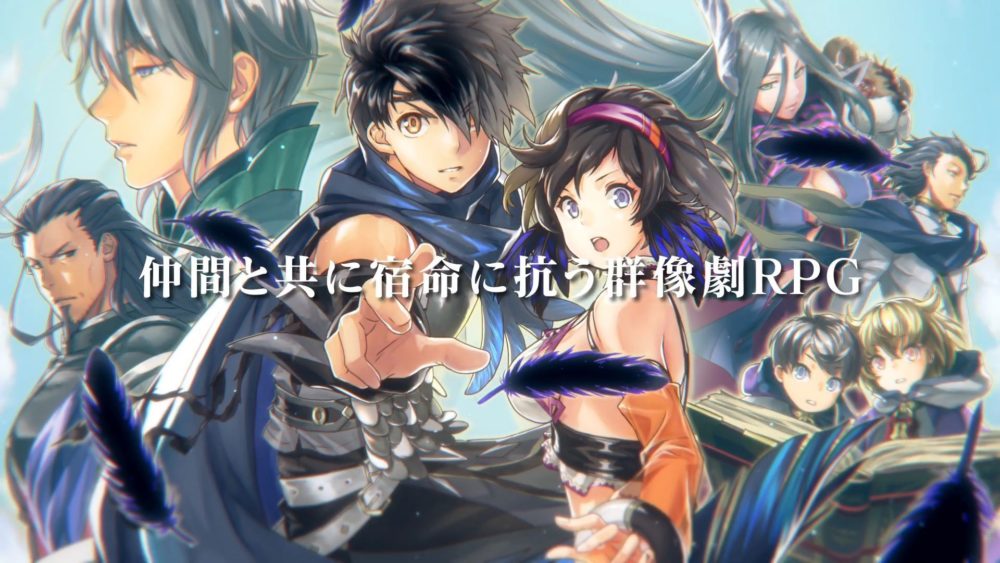 Following yesterday’s tease, today Fuji Games released the first reveal of Arcalast: the World that Ends and the Fruit of the Diva for iOS and Android.

The game is a free to play mobile title with optional purchases defined “Group Drama RPG about resisting against doom with friends,” to be released in Japan by Summer 2019.

Besides the developers announced yesterday, mainly assembled among veterans of the Suikoden series led by character designer Junko Kawano, today we also get another rather prestigious name credited for the scenario. It’s Takumi Miyajima, who wrote Tales of Symphonia and Tales of the Abyss at Bandai Namco.

The story introduction is certainly intriguing:

“Countless worlds repeat in a cycle of destruction and creation. When a world properly ends, a new one is created. The Destroyers have been summoned to correct the “distorted end of this world.”

Below you can check out the first trailer, alongside the first character artwork. The style is certainly familiar. This sounds like an attempt to create a spiritual successor to the Suikoden series, and I wouldn’t be complaining if it was, regardless of platform.

At the moment, no western release has been announced, and pre-registrations are already open and available in Japan.