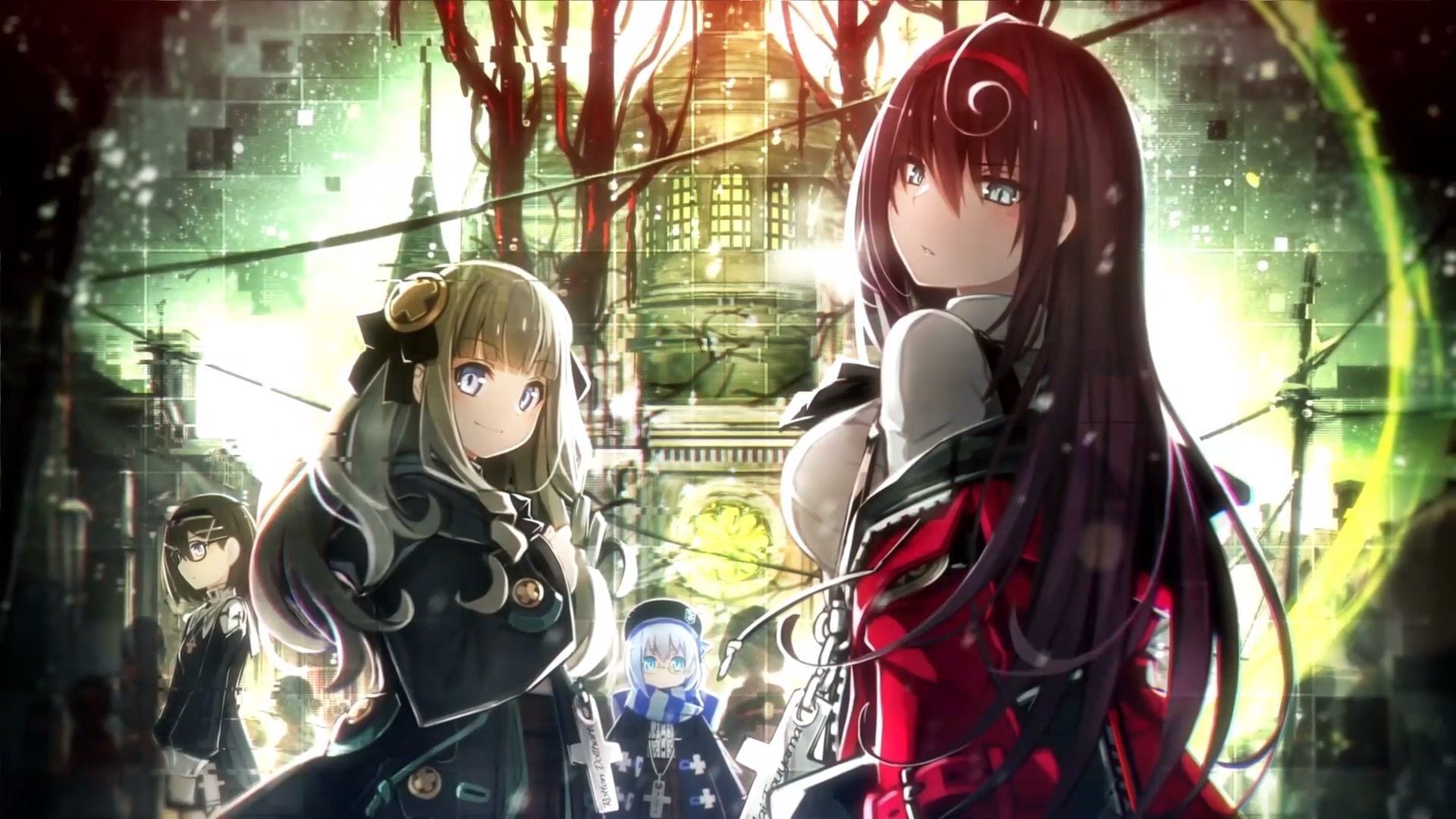 We get to take a look at the interesting day and night cycle that characterizes the gameplay loop on top of the choices that will dictate the progress of the story.

You can check all the screenshots out and read the official details below.

During the day, players will experience the Visual Novel aspect of the game. Mai will be able to interact with the residents of Wordsworth Dormitory and various townfolk in Le Choara.

The majority of the narrative can be experienced within the events that occur during the day. It is highly recommended to view all the events possible. Doing so can result in many different rewards.

When night falls, players will encounter frightening monsters and experience the RPG elements in Death end re;Quest 2. As Mai and her friends explore Le Choara, monsters, known as Shadow Matter, will chase them as soon as they’re spotted.

Equip Mai and her friends in the Camp located at each save point and be ready to tackle any Shadow Matter that comes your way.

As players progress through the game, there will be moments where you will need to make a decision that could affect how your narrative will progress. These decisions can change the lives of those residing in Le Choara and can also possibly lead your party to a Death end (Game Over).

With the Episode Chart system, players are able to track the events they’ve experienced or events yet to be seen. It is highly recommended to save often, so players can revisit missing event scenes. Unlock additional special events by taking on missions given by the Shoekeeper (Shop). Keep an eye out on the Episode Chart and the Shoekeeper to get the full experience of the Death end re;Quest 2 story!

If you want to see more of Death End re;Quest 2, you can enjoy the first trailer and the key art, the opening cutscene, the first teaser in English, a lot of recent screenshots that came with story and gameplay details, the previous trailer, another reveal with more screenshots and details, the latest trailers and images, the introduction of two new characters, some gameplay video from a few months ago, and even more footage.

The game releases on PC via Steam on August 18. The PS4 version will come on August 25 in North America and on August 28 in Europe.