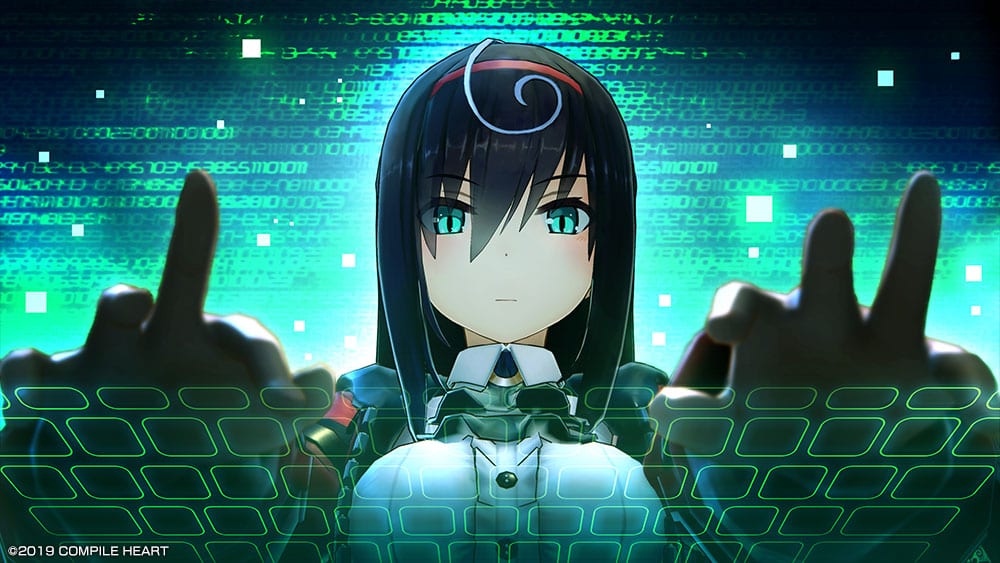 The game tells the story of a girl named Mai Higashiyama, who travels to the remote city of Liz Shoara to find her younger sister Sanae.

She finds shelter in the Wordsworth Ladies’ Dormitory and she carries an USB stick in her pocket. Inside is the power of the “Arata Mizunashi’s PC” and she will use it alongside her hacking skills to explore the city, where serial murders have been happening.

This is the beginning of a new “Rondo of Despair” involving the disappearance of the genius programmer Arata Mizunashi (who incidentally is the hero of the first game).

We get to see artwork for Mai herself, an orphan who is quiet and gloomy, shielding her heart as a result of being abused by her parents. She has extremely high IQ, but she lacks in education, which unbalances her knowledge and the way she expresses herself, making her a bit unpredictable.

Rotten Dollheart is a girl living in the dormitory, gentle and girlish and quick to get stuck into any situation. She eventually opens her heart and becomes Mai’s best friend.

Liliana Piata also lives in the dormitory. Her father has committed suicide and she has been abused by her mother. Due to the cause of her father’s suicide, she believes her situation is caused by demonic influence.

She is a clever girl who speaks in a formal tone, and since she has been separated from her parents, she’s seeking a mother figure.

Shiina Ninomiya (the heroine of the first game) also appears. A few years have passed since the completion of World’s Odyssey together with Arata Mizunashi, but he has disappeared.

We also learn more about the gameplay systems.

The party can include three members, and they act in order depending on their speed. You can also decide the direction of their attack tactically.

The game uses the “Triact” system, which allows you to select three action per character per turn. This includes Attack, Guard, Item, and Sill.

This also enables a more strategic and quicker battle system.

The Knock Bug that appears in the previous game has been upgraded to Super Knock Bug, sending the enemy flying a longer distance.

By aiming carefully the direction of the attack, you can make your victim hit other enemies, causing additional damage.

Characters are corrupted when they are hit by enemies, and when this corruption reaches the limit, Glitch Style is activated. In this game, it’s easier to activate compared to the previous title.

When Glitch Style is activated, the character’s appearance changes completely.

The release date in Japan is set for February 13, exclusively (for now) for PS4. No western release has been announced for now.