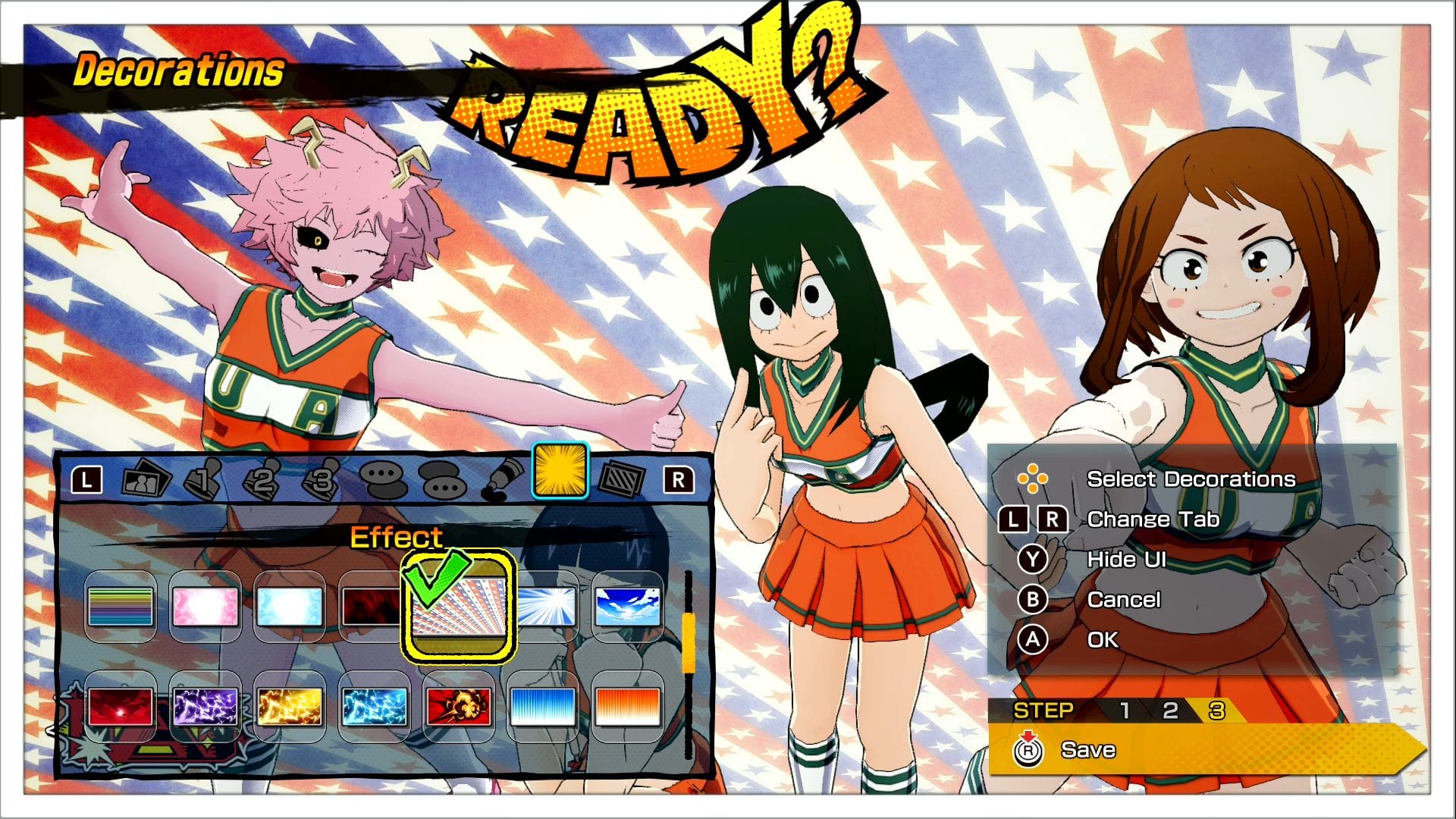 Today Bandai Namco Entertainment announced with a press release that My Hero: One’s Justice 2 is getting a photo mode.

The feature will be added with a free update, so everyone who got the game will be able to take spiffy pictures of the game’s popular anime heroes.

At the moment, the update has no release date besides a generic “summer 2020.”

Below you can check out plenty of screenshots showcasing the featured included in the photo mode and the pictures you’ll be able to achieve.

The feature will allow you to take group photos via Portrait Mode and battle photos via Action Scene Mode.

In Photo Mode, aspiring photographers can choose the poses, expressions, and positions of up to four characters at a time on a stage of their choosing; wall, ground and object destruction can also be toggled on and off based on user preference. Additionally, players looking to “Go Beyond” can even add photo decorations after snapping their perfect shot.

If you’d like to see more of My Hero One’s Justice 2, you can enjoy the latest trailer showing the first DLC character, the launch trailer, the first announcement trailer and the second one, showing a bit of gameplay, more gameplay, and another trailer, the previous promotional video focusing on the new villains, one on the new heroes, and one on the returning characters.