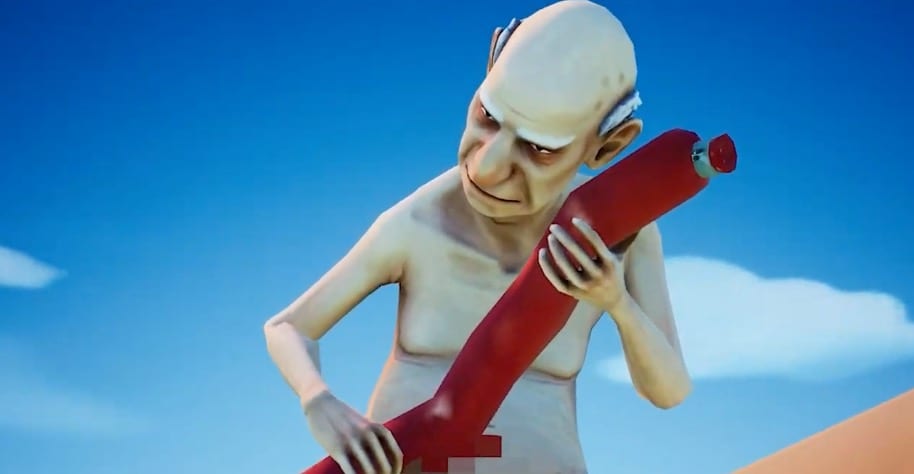 During the Guerrilla Collective video game showcase today, a new –and very naked– teaser trailer for Just Die Already was shown, and from the looks of it, it seems to be a spoof of the first reveal trailer for Hideo Kojima’s Death Stranding.

The teaser trailer opens up with the phrase “Hideo Kojima, please block my number,” and then we see crabs and other fish washed up on a beach which then pans to a naked old man in the sand who randomly picks up a very large sausage that’s obviously supposed to resemble BB.

You can watch the teaser for Just Die Already down below:

Just Die Already is planned to launch on PC sometime this summer and it’s an “old people mayhem sandbox game created by the designers of Goat Simulator.”

To check out some wacky gameplay of old people falling about and creating havoc, you can watch the announcement trailer from three weeks ago:

Also, if you want to see the E3 2016 trailer for Death Stranding for comparison, we’ve embedded it down below:

For even more games that were announced today during the Guerilla Collective showcase, check out this trailer for Exo One, another for Dwarf Fortress, and one more about the System Shock remake.