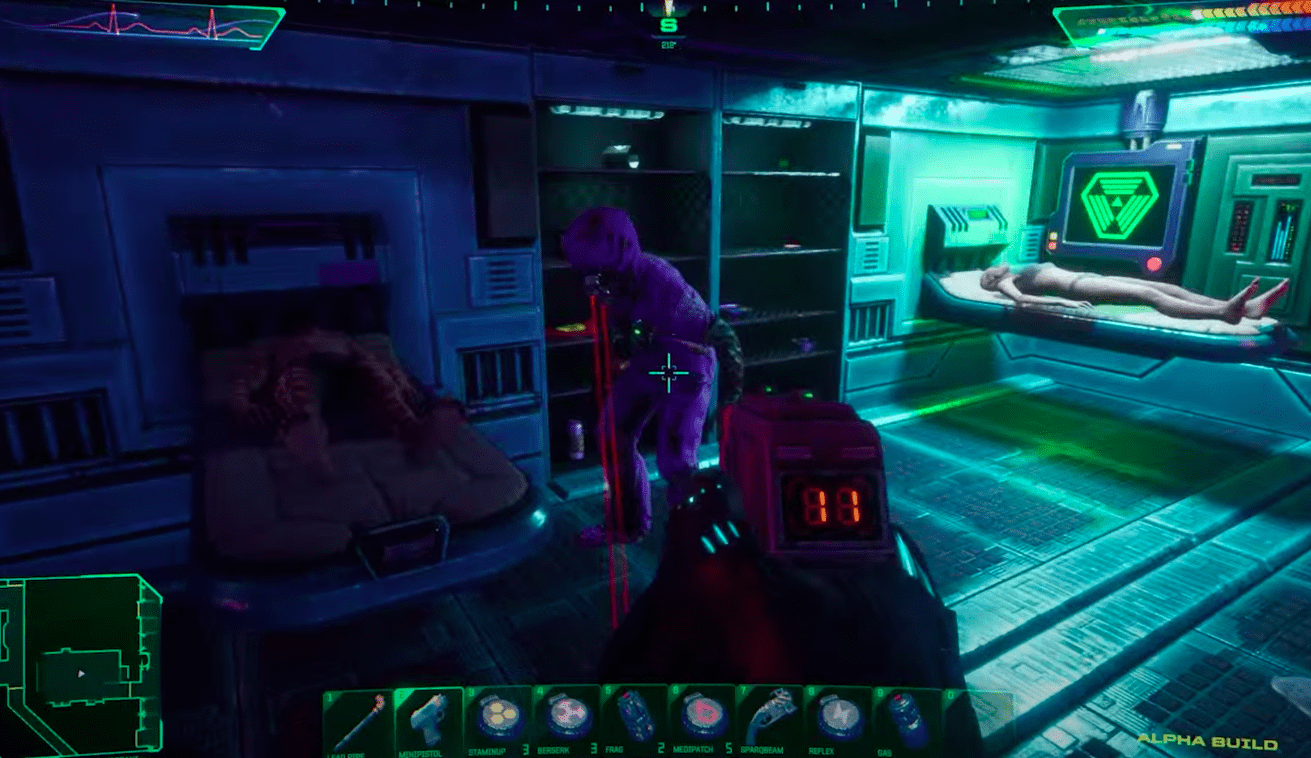 System Shock is getting the full remake treatment, and it now has a somewhat unnerving alpha trailer available to show fans new and old what’s in store for them.

Kicking off the Guerilla Collective digital showcase event held on June 13, the trailer is brief look at the game in action. After awaking on an unknown vessel, the player character slowly makes their way through what remains of the ship. Corpses and wreckage juxtapose the serene beauty of space and the coldly technological design of the ship.

They’re then shown fighting their way through cramped corridors and rooms containing odd creatures that are somewhat human in appearance; and yet, aren’t, thanks to their glowing, gem-like eyes and robotic enhancements like robotic limbs and head-mounted weaponry.

The player character isn’t helpless against them though, armed with a melee weapon and a pistol capable of punching through their flesh and metal bodies. Both weapons carry sci-fi design elements ranging from a visible ammo counter to a constant neon glow.

It’s all shown in the form of impressive visuals too. Though visibly still in an early build of the System Shock remake, everything from the enemies to the environment already has a decent amount of detail.

On top of it all, no sound is present. Instead, a calm and cheery elevator tune plays to the horror and violence, giving an odd feeling that what’s being shown isn’t meant to be seen.

It’s a decent teaser for sure, and it’s well worth viewing the full trailer down below.

The System Shock remake is currently slated for release on PlayStation 4, Xbox One and PC, and fans can play the Alpha Demo now via Steam and GOG. For more on the series, check out the recent news that Tencent has acquired the System Shock 3 website, giving hope for a new entry in the series.