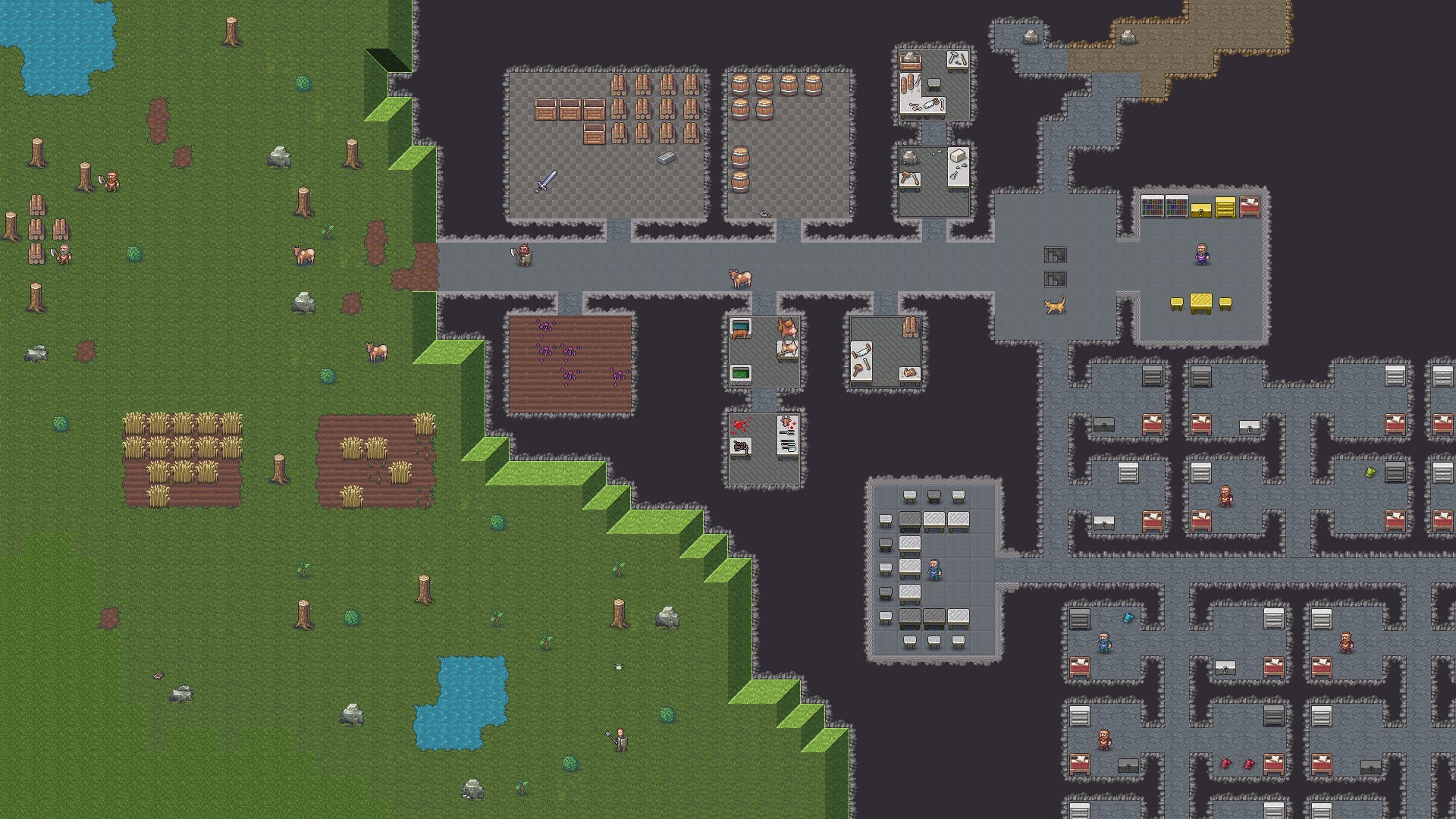 Showcased during the Guerrilla Collective’s Day 1 event, Dwarf Fortress, a construction simulator/roguelike, will be coming to Steam with new and overhauled graphics.

The Steam version of the game will utilize 3D graphics and visuals that emphasize depth and sprites. According to the game’s Steam page, its release window is “Time is Subjective”.

However, the developers have been regularly providing progress updates about the graphics they’ve been overhauling.

Dwarf Fortress was originally released in 2006 as a two member project that utilized donations to help fund its development.

The initial game is heavily text-based and ASCII graphics with a focus more on gameplay than visuals. For those that wanted a different appearance, players had to utilize tilesets.

As the titular name suggests, one of the main aspects of the game is the ability to construct a fortress and manage a colony of dwarves. Adventure mode, in turn, will allow players to focus on more turn-based rogeulike gameplay within a sandbox world.

At its initial release, Dwarf Fortress was praised for its difficulty, gameplay, and sandbox style.

This was only one of many games showcased and revealed during the first day of the Guerilla Collective.

For more on the Guerrilla Collective reveals like System Shock and Baldur’s Gate 3, keep an eye on Twinfinite’s website.