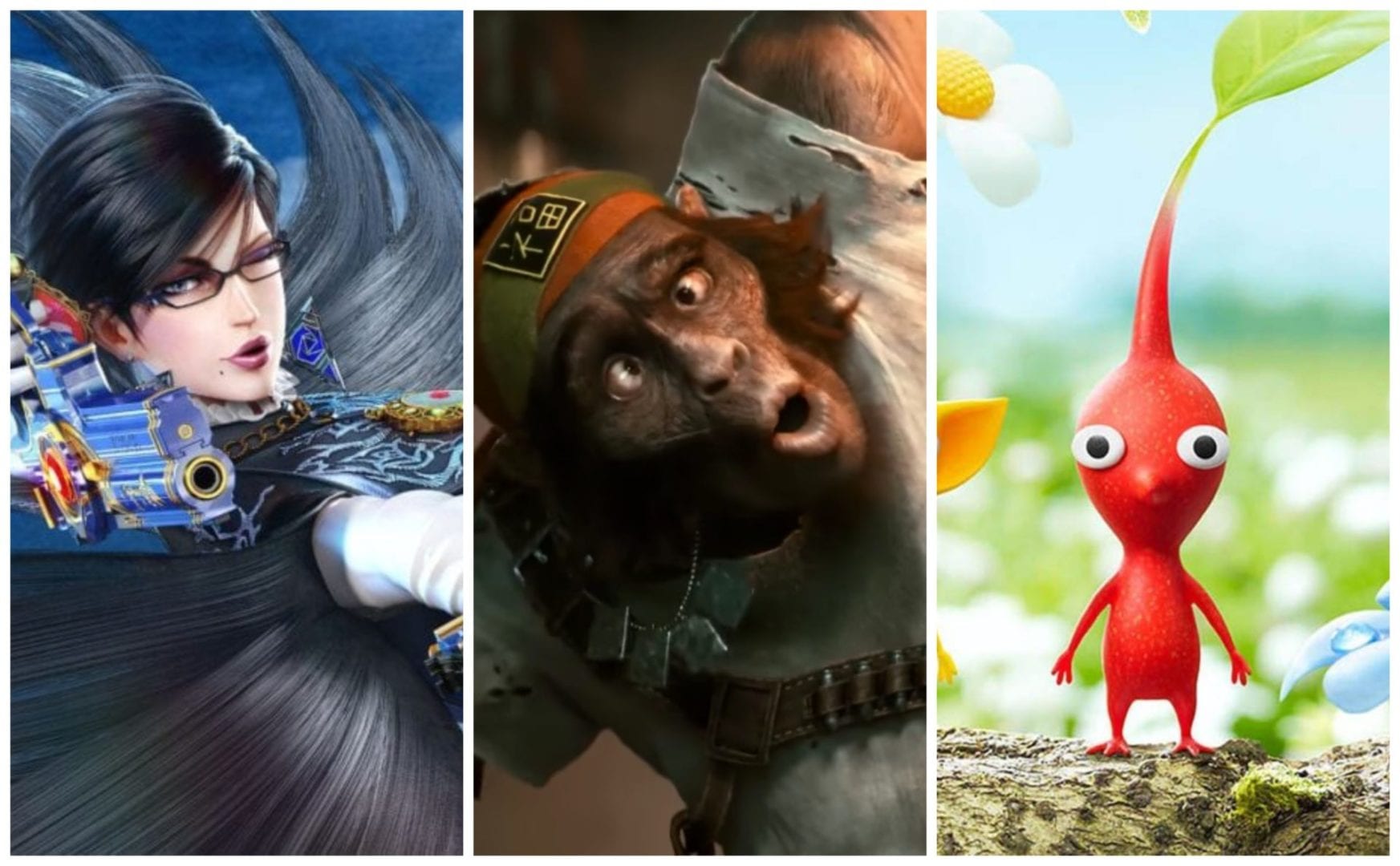 It’s currently June and thanks to the COVID-19 pandemic, the ESA had to cancel E3 2020 earlier this year, which would have taken place this week in the Los Angeles Convention Center. We would have seen a Nintendo Direct full of adorable and charming game trailers, Sony might’ve put on a State of Play to reveal some PS5 goodies, and Microsoft could’ve finally shown us Halo Infinite gameplay.

And since gaming conferences are literally scattered about the summer months this year, reveals, and announcements just aren’t being done in the same fashion as they would have during E3 2020.

With all that being said, here are 9 incredible game reveals that would have made this E3 one to remember.

Metroid Prime 4 was originally announced way back in 2017 and then two years later, the project had to be started from scratch due to troubled internal development. And now 2020 is almost over and we still do not know what this game looks like or if it’s even close to being done.

Did Nintendo perhaps announce Metroid Prime 4 a bit too early? Yes, most definitely. The game wasn’t even revealed with a trailer or a screenshot but instead just a logo, barely.

Now that Nintendo has been quiet on the development side of things related to Metroid Prime 4, seeing it come out of the shadows for the first time in three years would have been incredible to witness during E3 2020.

There could have been a new gameplay trailer showing off Samus in the modern era for the first time, and we could have gotten a look at how the Metroid Prime series has evolved since the latest entry that came out in 2007.

Here’s hoping that Retro Studios and Nintendo can reveal something soon. Samus has been quiet for way too long now.

The long-awaited remake of everyone’s first Square Enix RPG, Final Fantasy VII, released earlier this year to raving reviews and was a commercial success for the Japanese gaming company.

The game was just released in April of this year and while it’s only been a couple of months, people (like myself) are impatiently waiting for the next “part” of the Final Fantasy VII story.

No spoilers or anything, but Final Fantasy VII Remake’s ending left me wanting more, and as someone who’s never gotten far in the original, having a tease of what’s to come during E3 this year would have been something truly extraordinary.

It might not make people gasp like when the remake was first shown at E3 2015 during Sony’s press conference, but getting a trailer that shows the open-world, Cid, or some Chocobo riding would have been so neat.

This might be the 26th article here at Twinfinite that mentions the long-awaited Nintendo real-time strategy game, Pikmin 4. Where is Pikmin 4 you ask? We don’t know. Miyamoto doesn’t know. Nintendo doesn’t know.

Pikmin 4, next to Metroid Prime 4, is one of the most mysterious games that’s apparently being developed right now.

The latest Pikmin game to release was Hey! Pikmin on the Nintendo 3DS which had a lukewarm reception at best.

E3 2020 could have been the perfect time to show off the next true entry in the Pikmin franchise and blow everyone away, but alas, we’re stuck with Hey! Pikmin for now, which is all too depressing.

Bayonetta 3 was first announced back in 2017 with a brief teaser shown at The Game Awards and now it’s 2020 and we’ve managed to see a whopping total of 0 seconds of gameplay and it’s quite unfortunate.

Since this game’s announcement, developer PlatinumGames has announced and then released Astral Chain and The Wonderful 101: Remastered for the Switch, and now they have Babylon’s Fall in development alongside other titles.

So, where does Bayonetta 3 come into the mix? Will we finally get a trailer during the next Nintendo Direct? Or will it just be a random tweet from Nintendo one day (which is something the company has been doing lately)?

Nintendo’s proper E3 2020 Direct could’ve started off with a gorgeous gameplay trailer for Bayo 3 and then a release date to get bonus points from fans.

Now that E3, along with our hopes and dreams, have been shattered to pieces, I guess I can just resort to playing as Bayonetta in Super Smash Bros. Ultimate, but it still doesn’t scratch that witch itch, you know what I mean?

Ubisoft’s showing of Beyond Good and Evil 2 back in 2017 during E3 was incredibly well done. While there was no gameplay shown for the long-awaited sequel, the gorgeous CGI trailer brought the characters and world to life, a showing only fit for a convention such as E3.

Fast-forward three years later and –guess what?– we still do not know much about how the game plays or looks or if it’s actually coming out this console generation.

People really would have liked to see more of this game and Ubisoft could’ve had its chance to strut its stuff and drop a bomb on everyone at E3, but it seems unlikely that we’ll see it at Ubisoft Forward, which is happening on July 12.

At this point in the game, it’s likely that Beyond Good and Evil 2 will also come to PS5 and Xbox Series X, as Ubisoft tends to release titles across generations.

The creator of Game of Thrones and the creator of Dark Souls coming together to create a new FromSoftware game was one of the most hyped announcements from E3 last year.

It’s going to have more variety in combat, more magic abilities, customization options, and an epic dark fantasy story that is sure to turn heads. Besides that image you see above, not much is known about this mysterious action-RPG. But we can tell you one thing: it’s gonna be difficult.

George R.R. Martin and Hidetaka Miyazaki walking on stage together with epic music in the background after everyone has just viewed the first gameplay trailer would be the best thing ever, like even cooler than Keanu Reeves showing up to E3. OK maybe not, but close.

BioWare and EA announced Dragon Age 4 during E3 2018 with a very tiny teaser, if you can even call it that.

Since then fans have been wanting and asking for more information on the follow-up to Dragon Age: Inquisition. We know that it’s a direct continuation from Inquisition and a new part of the world will be able to be explored but that’s it!

And even worse, Executive Producer at Bioware, Mike Darrah, will just randomly tweet out “Dragon Age”, to let people know that it’s still being worked on, which doesn’t help out anyone. We need some hard details!

During E3 2019, Nintendo did the unthinkable and announced, not only a new Zelda game, but a sequel to Breath of the Wild, one of the best Nintendo games of all time.

We got a short trailer during E3 last year, showing Zelda with shorter hair and Link beside her. It sets the scene for a darker, more menacing Zelda story that fans might compare to Majora’s Mask.

However, no gameplay or story details have been shared by Nintendo since the sequel’s reveal but that could’ve changed at E3 2020 if Nintendo dropped a release date or just a new trailer for fans to dive deep into.

Now, Nintendo will no doubt have a direct soon that will flesh out the rest of 2020 for the Switch, but we’ll see if Breath of the Wild “2” is shown. That game might just need more time in the oven, it has only been three years.

Microsoft has been doing a fantastic job at painting this picture that the next Halo entry will be a return to form for the franchise, but the company hasn’t been doing a great job of actually showing us the picture.

Halo Infinite has been confirmed to show up at an Xbox Series X event next month and there’s a possibility that we’ll finally be seeing gameplay of Master Chief in “super-HD” and that’s going to be very exciting for that fan-base.

But after taking two years to show anything, the first gameplay blowout for Halo Infinite at a Microsoft press conference during E3 would have more than likely stole the show at the event.

Halo fans have high hopes that Infinite will breathe new life into the franchise and a successful showing would have been incredible to see happen in front of a live audience.