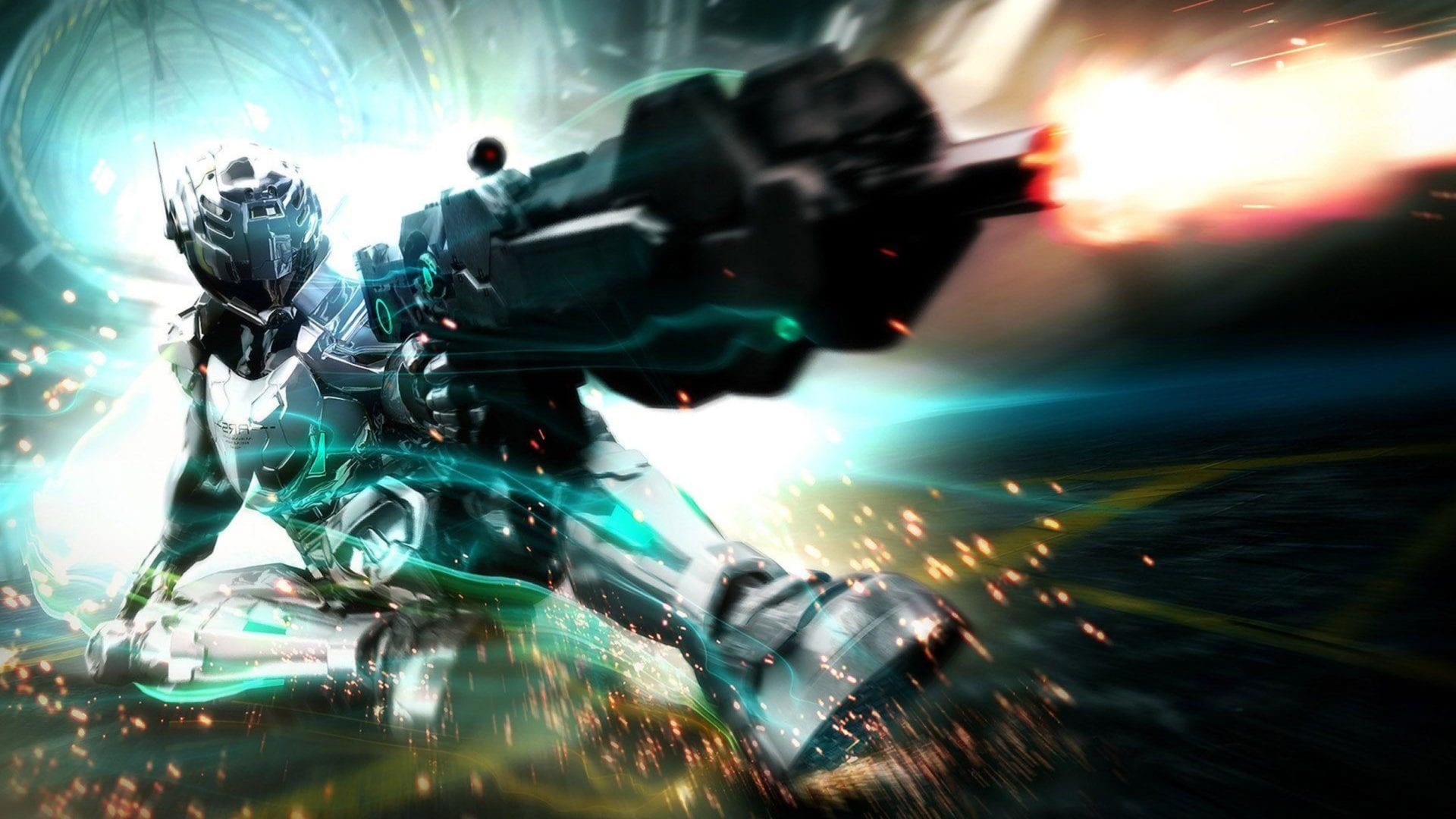 This bundle is my first experience with both games, and boy did it ever show me what I was missing when each released a decade ago.

The frenzied action sunk its teeth into me as soon as I started controlling Bayonetta and Sam Gideon in their respective games. Each title takes advantage of combos, time mechanics, and a large number of enemies to make every section feel like a momentous battle.

While I’ve played my fair share of hack-and-slash action games before, rarely have I felt such fluid and fun gameplay like I did while experiencing these two PlatinumGames’ titles.

Of the two, Vanquish stood out as more unique. Tight gameplay elements like rocket sliding and the time-slowing AR mode resulted in seamless combat.

The gameplay never ends up feeling too samey in Vanquish either, despite heavily relying on the same mechanics throughout – a problem I ran into with Bayonetta near the end of the game.

The reason Vanquish always feels fresh can be attributed to a number of things. The first is its enemy variation.

Throughout the game, new enemies join the fray, each with unique strengths and weaknesses. Bayonetta does something similar, introducing new angelic enemies just about every chapter.

Yet, while they may have looked and moved a bit differently, new adversaries introduced in Bayonetta didn’t require much adjustment when it came to combat. I’d dodge and string combos together all the same, usually leading to a climax, no matter how imposing or different the enemy seemed.

While that isn’t too big of a knock on a hack-and-slash adventure game, variation will always still help things feel less tedious the longer a game goes on. That’s something Vanquish does considerably well.

When different enemy types appear in Vanquish, each of them forces players to adapt their playstyles accordingly. One enemy may cause Sam to have to move more aggressively, whereas another might overwhelm him, meaning defense is the best course of action.

The other thing Vanquish has over Bayonetta is its level design.

In Bayonetta, levels rarely enhanced gameplay. Actually, some environments intentionally restrict combat, forcing fights to be up-close and personal, instead of open.

Both of these games really thrived when combat occurred in open space, allowing for plenty of room to dodge and regroup if necessary.

The one interesting change they do introduce in Bayonetta, the Witch Walk, is one of my biggest gripes with the game.

Every time the moon came out and Bayonetta had the ability to walk up a wall, I knew I’d have to put the game down at some point soon due to motion sickness.

In Vanquish, each level felt like it was built with the boosters and AR mode in mind. Large, open areas, filled to the brim with enemies made for easy maneuverability, just asking players to slide around with Sam’s boosters.

No matter the level or enemy Sam faced, sliding around and shooting with the vast arsenal of weapons present was always exhilarating.

Regardless of which one I like more, the feeling I had after completing both of them was the same. I immediately wanted to spend more time experiencing the crazy action and ridiculously enjoyable time-focused mechanics home to each franchise.

It wasn’t long before I remembered that only one of these two series managed to turn its cult classic status into a means of growth, though.

Since its release in 2010, Bayonetta received two sequels, Nintendo Switch ports, and even an anime movie. The character of Bayonetta was even selected to appear as one of the playable characters in Super Smash Bros. for the Wii U and 3DS back in 2016.

Comparatively, the only love Vanquish has received since its release a decade ago was a Windows port in 2017.

Considering its similarities – and superiority – to Bayonetta, it feels unjust that Vanquish has yet to receive a sequel, especially given all the latent potential it has to offer.

Improvements to rocket sliding, AR mode, and AI reactions are just a few things that would warrant a sequel. Not to mention the potential visual possibilities that Vanquish 2 could have if released on the powerful new consoles (PS5 and Xbox Series X) set to release in the next coming years.

The success of other PlatinumGames’ titles like Nier: Automata and Astral Chain also proves that there is a demand for these types of games too.

Don’t just take my word with all of this, though. Instead, give the Bayonetta and Vanquish 10th Anniversary Bundle a try and prove to SEGA and PlatinumGames that a Vanquish 2 is worthy of creating.