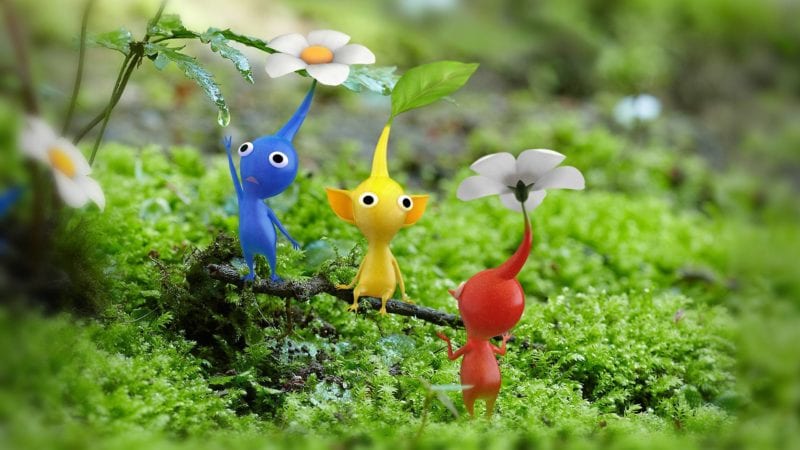 With Hey! Pikmin launching next month for the Nintendo 3DS, fans of the franchise have been wondering what’s the deal with the formerly announced Pikmin 4. Back in 2015, Shigeru Miyamoto mentioned that not only Pikmin 4 was in development but that the game was also very close to being completed.

Eurogamer spoke to Shigeru Miyamoto during E3 2017 this week to ask him just how the development of Pikmin 4 is going. Miyamoto updated Eurogamer with the said quote,”I’ve been told not to share anything about this from PR, but I can tell you it is progressing.” He didn’t say one other word on the subject matter, most likely just trying not to get in trouble with other Nintendo heads.

We may not be seeing Pikmin 4 for a little while, but there is another Pikmin game coming out on July 28 for the Nintendo 3DS – Hey! Pikmin. Pikmin fans can look forward to the 2D side-scrolling puzzle platformer that is being developed by the same team who worked on Yoshi’s New Island.