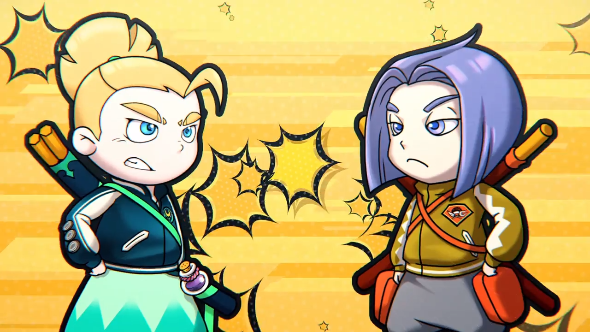 Nintendo just announced an all new game for the 3DS called Sushi Striker: The Way Of The Sushido. This title will have you hurling stacks of sushi at enemies as you travel the world to become the best “sushi striker” in a land where the rights to manufacture the before mentioned food has been the cause of war for years. You can watch the official trailer below.

Gameplay involves combining stacks of sushi from the various conveyor belts to throw at the enemy, with bigger stacks dealing more damage. When you have a large stack of sushi, you use the stylus to attack.

The game also comes with cute animal companions, which you will collect over the course of the campaign, each one with different abilities that you can use during combat. These abilities include electrifying your attacks to replenishing your character’s health. Companions automatically level up as you do and each has their own unique stats. The game has both a single-player and co-op mode for players to enjoy when it comes out in 2018!