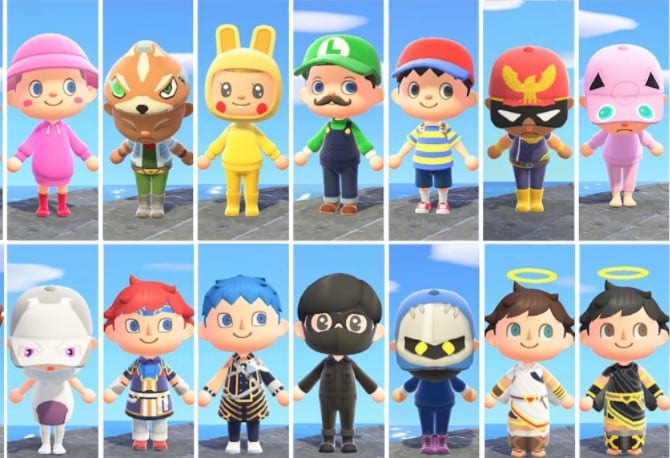 There are a lot of fighters in Super Smash Bros. Ultimate, like way too many to even count at this point. Nintendo brought back every single fighter from the past games in the series to literally create the “ultimate” crossover of video game properties.

Being that there are so many characters, this image that you’ll see down below should be even more impressive to you.

It’s exactly what you think it is. An Animal Crossing: New Horizons player spent 400+ hours to recreate every single fighter in Smash Bros. Ultimate as an adorable villager character.

The talented Animal Crossing player goes by DJ-Dez on Reddit and they were even kind enough to share their creator ID so that anyone can go and grab these outfits for themselves: MA-3790-6501-6469.

For more incredible Animal Crossing: New Horizons recreations, make sure to check out this insane Pokemon battle, a scene from Parks and Recreation, and another from The Office.

You can also read our reviews for Animal Crossing: New Horizons and Super Smash Bros. Ultimate right here and here. Both titles are available exclusively for the Nintendo Switch.