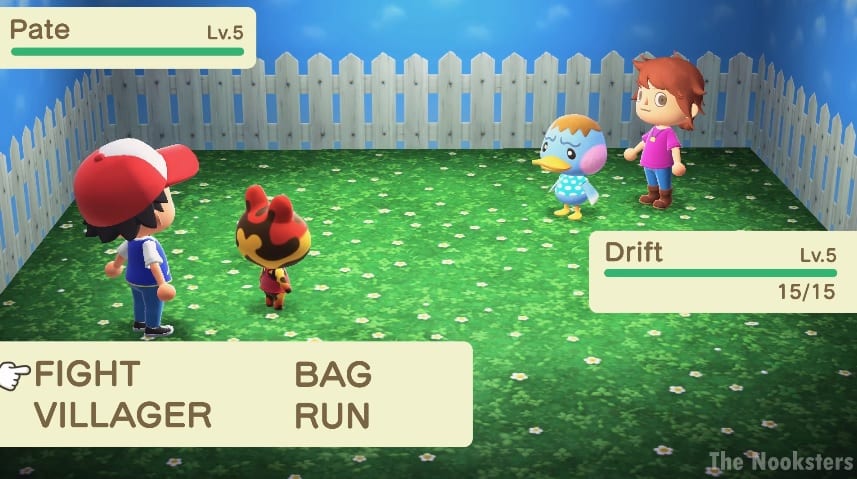 Creativity knows no bounds in Animal Crossing: New Horizons. A Reddit user called The-Nooksters proved this by recreating a Pokemon battle between two villagers in the game.

The video was posted to the Animal Crossing subreddit and quickly gained popularity. The user creatively used the photo studio at Harvey’s Island to take various clips of Pokemon trainers, dressed similarly to Ash and Gary, battling villagers Drift and Pate.

Which villager and trainer will emerge victorious? Find out by watching the full video below.

This video by The Nooksters appears to be an ongoing project of recreating Pokemon Fire Red and Leaf Green in Animal Crossing. They also made a video of the introduction with Professor Oak as well as choosing a starter Pokemon. Both are just as creative and well-made as the battle video is.

There seems to be no shortage of creativity in Animal Crossing: New Horizons, as other players have already completed impressive projects such as recreating scenes from The Office and Parks and Recreation.

If you’re curious about what Animal Crossing is all about, you can read our review of the game here. We also have an extensive guide wiki for all of the latest tips and tricks.