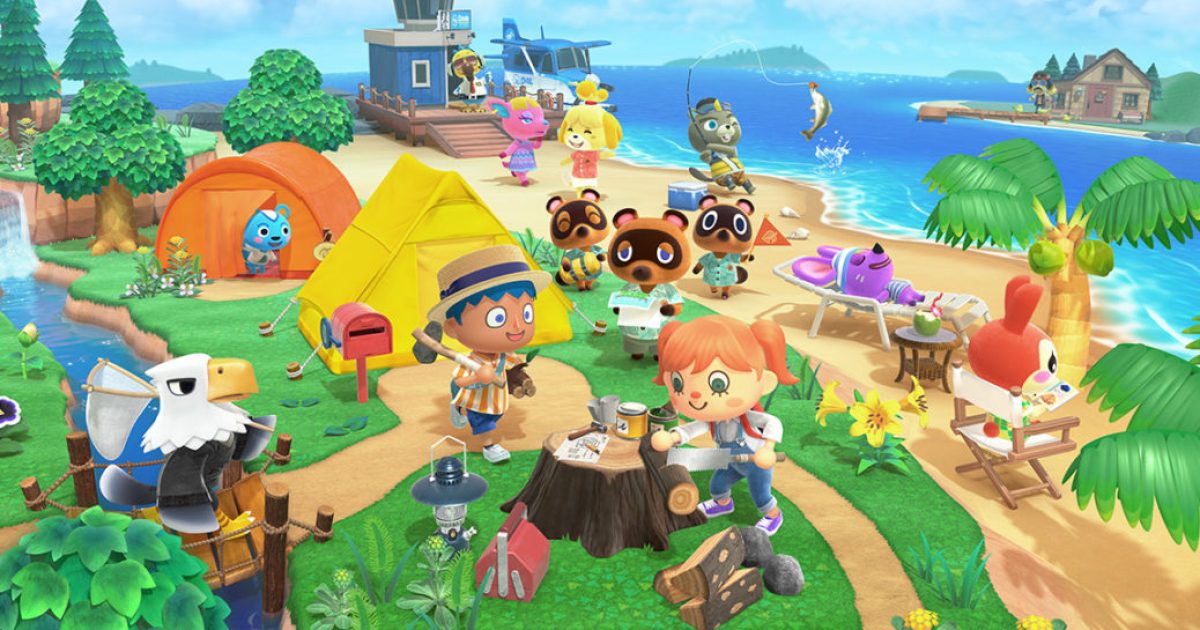 As a life simulation title, Animal Crossing: New Horizons offers gameplay mechanics that could be found in everyday life. Decorating, fishing and bug catching, and the Stalk Market are all ways we interact with the world of Animal Crossing in a laid-back, casual format.

But what else could make the game better? Clearly, Animal Crossing: New Horizons is selling and reviewing well, but are there mechanics from other similar titles that could spice things up for a future Animal Crossing sequel?

Here are eight mechanics from other titles we would love to see in the next Animal Crossing game:

We already have a slimmed-down version of farming available in Animal Crossing with the flower-breeding mechanic and fruit trees, but how great would it be to be able to have rolling hills of corn, pumpkins, and turnips?

Other similar titles to Animal Crossing in the “life sim” genre have made farming their main focus, such as Stardew Valley and Harvest Moon, so having Animal Crossing take note and add a deeper farming mechanic would be great.

Utilizing your fields for turnip growth for the Stalk Market would be an easy way to integrate farming into Animal Crossing, but beyond that, it could work similarly to the fruits, with native vegetables at the start and more to be found later.

This would allow for new furniture sets based on each vegetable (or other growable plants), as well as random, one-off DIY recipes like crazy.

Diversifying the Animal Crossing economy is something that is definitely a must, as even with how enjoyable the fishing and bug-catching are, having other avenues for the players to make a living would be more ideal.

Matching up well with the farming mechanic would be an in-depth cooking mechanic to match up with it. We have seen other Nintendo franchises find some success adding some baseline cooking to their old franchises such as Breath of the Wild, so why not in Animal Crossing where it would make the most sense?

With the fruits, vegetables, and other potential farm-raised animals available from the previous new mechanic, you could have a full slate of recipes on offer for the players to enjoy.

Not only would that make sense with the current DIY system, but it could allow for some interesting new ideas as well.

Additional mechanics like stamina or health could make this an even more worthwhile addition, but even just as a new way to decorate or continue the current ways to play, cooking needs to be in the next Animal Crossing game.

Another common offering in life sim titles is the inclusion of romance options. Whether you’re getting married to your perfect personality match, or something a bit more fleeting, this addition could add an interesting new way to interact with the townsfolk.

I know what you’re thinking, and yes, the villagers are animals while your character is a human of sorts, but it’s a video game. Just go with it.

Now that we’re past that, you could offer dating, marriage, and more with your favorite villagers across the game. We already swoon over characters like Raymond or Audie, so why not let your character marry them if you’re so infatuated with them?

Also, having this mechanic would allow for the present-giving mechanics currently in place to have a bit more of a reason behind them.

Adding item types that certain villagers would like and dislike would allow you to butter up your prospective marriage candidates, rather than just decorating their house for them.

Animal Crossing already lets you invest somewhat by way of the Stalk Market but why shouldn’t we be able to place an investment with the shops and townsfolk in order to turn a profit?

As just another way to increase our money-making potential, as well as offering a new layer of ownership and responsibility, being able to drop some Bells into the town’s future only makes sense for future Animal Crossing titles.

Giving the Able Sisters the loan they need to open their shop, fully-funding the museum opening while accepting ticket admissions, and more could offer a new, and more in-depth way to control your island’s profits.

Beyond just inserting Bells into the economy, new quests could be added into the game in order to help it be more of a well-rounded mechanic.

Maybe Leif needs more inventory and you must farm that up for him? What if CJ and Flick needed nets and fishing rods for their businesses to thrive?

We already have the makings for this mechanic to be something truly fantastic, with the Nook Miles promotions, DIY recipes, and holidays and events, but what if Animal Crossing had a fully-fledged quest structure in it?

The May Day maze event was cool and exciting, even if it was short and didn’t offer much as a reward. Events like that offer a new experience in a game that tends to be more about a daily grind than anything else.

Imagine the opening story of New Horizons, where Tom Nook is directing you through properly getting your island up to snuff, but it never ends. You’re able to always log on and have some actual direction outside of chasing that next crafting recipe or catching a new bug.

Obviously those pieces would still be available, but having more areas to visit with more NPCs and things to do would allow for many, many more hours of fun that feel less like chores you have to get through.