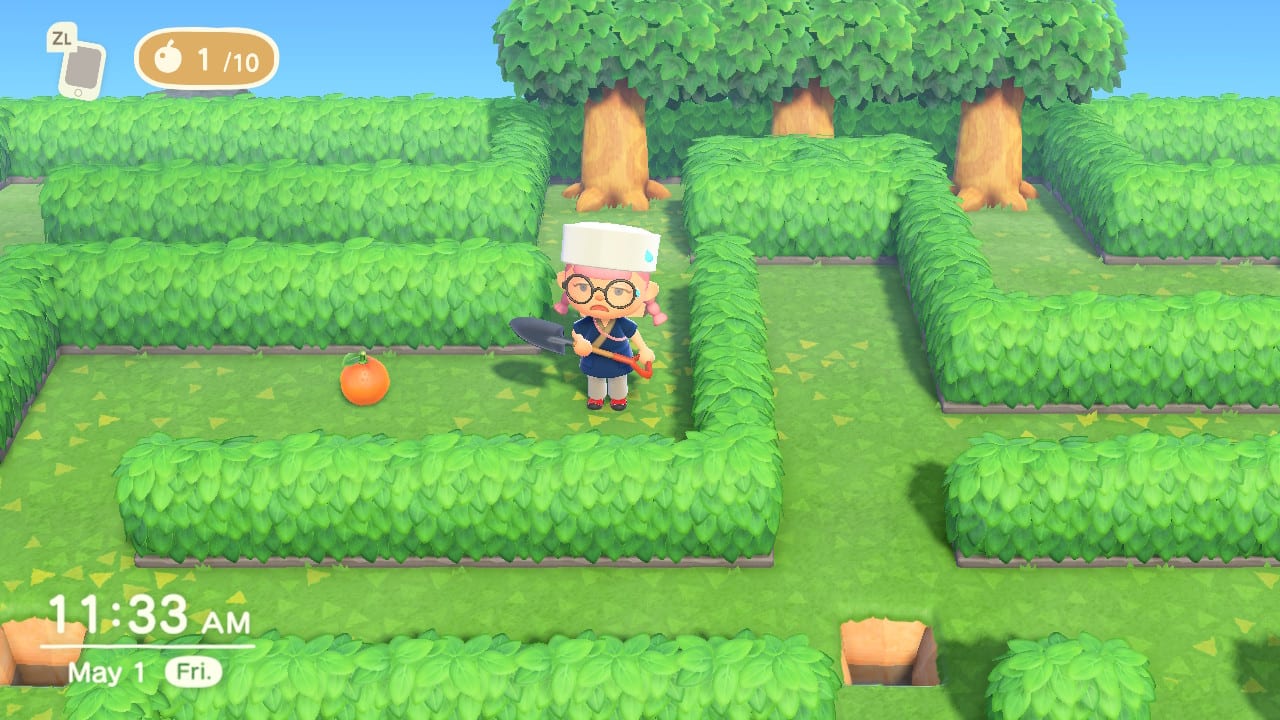 At its very core, Animal Crossing: New Horizons is an easy game to play. Press a button to bring up your inventory, press A to use your tools, hold B while moving to run, and you can jump over small gaps if there are any. The control scheme is extremely easy to get the hang of, and while this game is a cornucopia of creativity and individualism, anyone can play it at a base level. Which is why the new May Day Tour activity feels so ingenious and impressive.

With the new update, players can now check out a special May Day Tour during the first week of May where you fly out to an island with no items on you. Your task is to get to the end of a hedge maze with nothing but the tools and items provided to you on the island.

My first thought was, how hard could it be? It’s Animal Crossing. This is a baby game. Oh, how wrong I was.

I mean, the maze itself isn’t like, crushingly difficult or anything like that, but it’s definitely easy to get stuck in a loop if you’re not making a mental note of which paths you’ve already taken, or what resources you need to progress.

The concept is extremely simple. You’ll get a shovel at the start of the maze, and there will be obstacles like rocks and trees in your path that you have to remove. Going one way can reward you with fruits, which will help you break rocks or shovel trees, and it’s even possible to pick up enough materials to craft an axe to cut down trees easily.

The catch is that everything needs to be done in a certain order if you want to grab the extra Bell Voucher rewards in the maze, and there are tons of tiny holes in the ground that you have to hop over.

The tiny holes don’t sound like a big deal but considering that the paths in the maze are only one tile wide and you can only jump over holes on a single axis, it can quickly become confusing to figure out which path you need to take so you can jump over the same holes from a different axis.

The result is a short but brilliant showcase of how the game mechanics in Animal Crossing: New Horizons can be used to create fun and innovative obstacle courses for players to get through. As someone who’s completely new to the Animal Crossing universe, the reward of meeting Rover didn’t really do much for me, but just the sheer satisfaction of experiencing the simple but effective maze puzzle was enough to keep me happy.

These past two weeks, Nintendo has been keeping the Animal Crossing experience fresh enough with little incremental updates and events that are rewarding in different ways. And with how great these updates have been (with the exception of Bunny Day, we don’t talk about Bunny Day), it’s easy to picture myself playing this game for many, many more months to come.