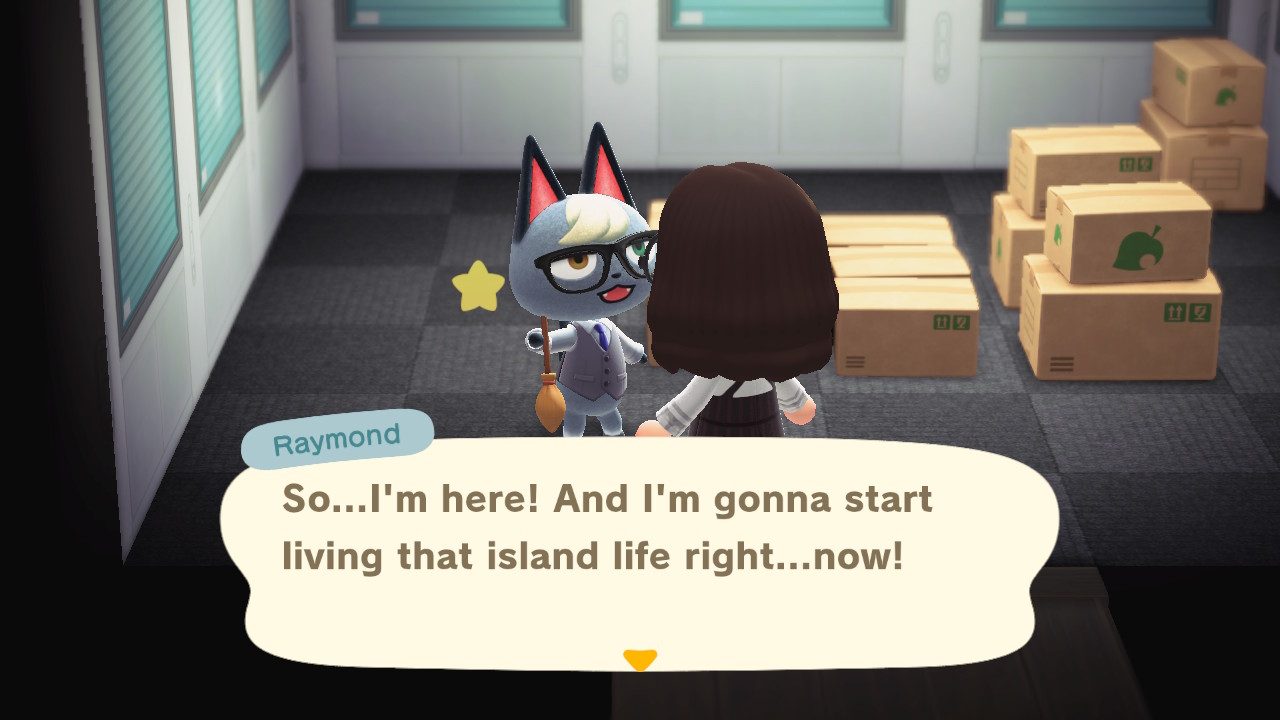 Animal Crossing: New Horizons boasts an incredible amount of different animals that can call your town home, with the current total standing at 391. One of those villagers has quite quickly become quite popular throughout the fanbase: the glasses-wearing business cat Raymond. If he’s your dream villager, this is the dream article for you: our guide all about Animal Crossing New Horizons’ Raymond.

How to Get Raymond in Animal Crossing New Horizons

Raymond is incredibly sought after in the Animal Crossing community, and there’s good reason for that to be the case. He’s one of only eight new villager additions in New Horizons, which is notable for one very specific reason. It means he doesn’t yet have an amiibo card, so the easiest method to obtain most villagers doesn’t work for him. So you’ll be doing a little more legwork than most to get this savvy kitty to move in.

The first method to get Raymond on your island is the standard one: pure luck. When you have a plot of land set aside on your island, animals will be able to move in there and become your new neighbors. In New Horizons, once you’ve laid out a plot, the villager moving in there will be determined at 5 AM the next day. It’s the least likely way to get Raymond to show up, but by leaving a plot open you have around 1/400 chance to get him.

The next method to land Raymond increases your chances a little bit more. When you have a plot of land laid out, head out on an island tour using a Nook Miles Ticket. When you arrive at the new island, there will be a random villager wandering around. For each island, you also have a 1/400 chance of it being Raymond, but you can at least do multiple trips to maximize your chances, especially if you’ve stocked up on tickets.

Another method to land Animal Crossing New Horizons’ Raymond is at the campsite. Early in the game, Tom Nook will have you set up this campsite in order to attract visitors, and it does just that. From that point on, Raymond has a chance to be one of your random campers.

Your first villager from the campsite, however, will always be Smug, Raymond’s personality, so you’ll have a 1/34 chance to get Raymond there. After the first villager, though, you’ll have to play a card-guessing mini-game to recruit them. If you win, they’ll move in. If not, they move on, and you miss out.

Finally, the most consistent method to obtain Raymond is to find someone who doesn’t want him. When a villager is moving out of someone else’s town, there’ll be a point where all of their belongings are packed up in boxes, ready to move, known as their “in boxes” phase.

If you travel to someone who has Raymond “in boxes” and talk to him a few times, you’ll be able to convince him to move to your island. Finding someone who’s willing to give up Raymond might be difficult, but it’s by no means impossible, especially if a friend gets him first. Keep at it, and eventually you’ll get your lucky break.

Raymond’s birthday is Oct. 1, making him a Libra. On Oct. 1, should you enter Raymond’s house, he and another villager will be celebrating, with his usual office-themed furniture put away and replaced by party decor. Make sure you come with a gift before talking to him though, as he’ll ask you for one when you stop by.

Of the eight possible personality types, Raymond is Smug, which means a couple of different things in Animal Crossing New Horizons. Raymond will often compliment himself when you talk to him, stroking his own ego and boasting of his knowledge and accomplishments. Smug villagers are often polite and gentlemanly, but certain comments show they’re usually not as well-read as they’d like you to believe.

Smug villagers tend to get along well with villagers with Normal, Peppy, Snooty, Lazy and Smug personalities, but have a harder time connecting with Cranky, Uchi, and Jock personality villagers.