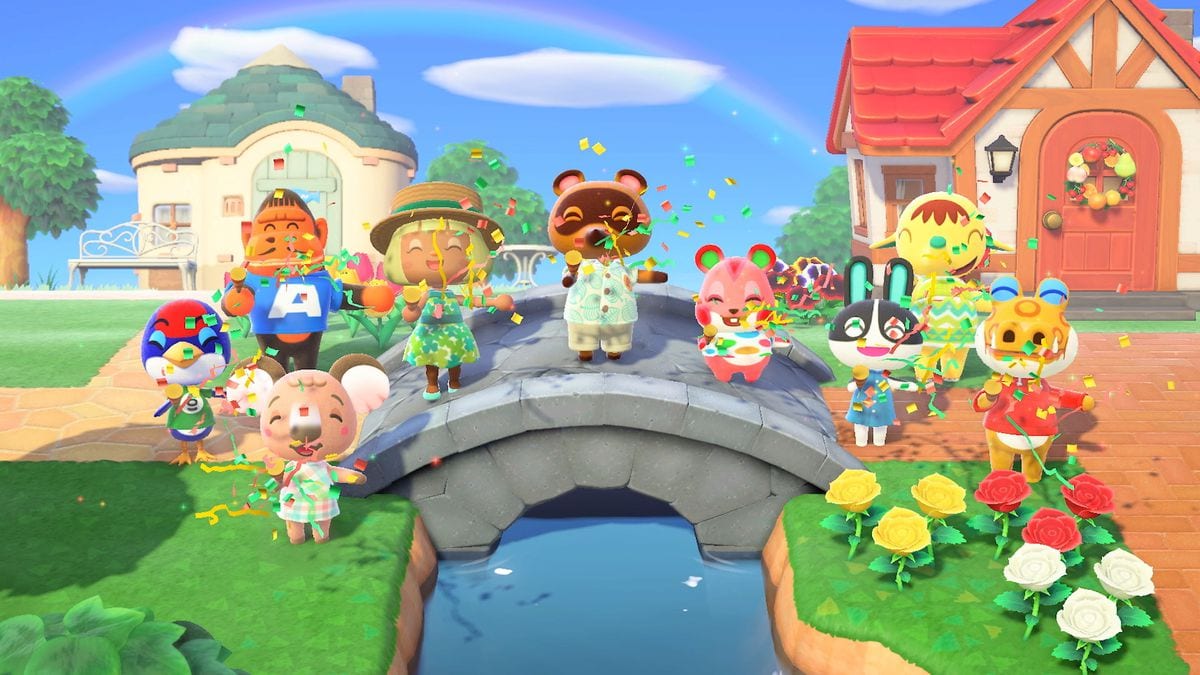 Over the past couple of weeks, I’d finally managed to get K.K. Slider to perform at my island and unlocked the end game terraforming options in Animal Crossing: New Horizons. After beautifying my island and being able to make the layout changes I’d wanted to make since day one, I thought it was a good time to finally dive deep into the game’s community and check out the myriad of third-party websites and tools to help improve my island life. It was eye-opening.

As you’re no doubt aware by now, Animal Crossing: New Horizons might look like a game that’s catered to kids or a younger demographic, but it has capitalist tendencies and undercurrents that might appeal to older players who want to maximize their gains each day. This form of capitalism comes in many forms: turnips and the stalk market, figuring out the best way to farm fish and bugs for CJ and Flick, all in the name of raking in millions of Bells to pay off your home loans and get all the furniture you want.

But that sense of entrepreneurship and capitalism extends beyond the game itself as well.

With the release of Animal Crossing: New Horizons, new villagers have been introduced into the already large pool of cute anthropomorphic animals who can populate your island. These new faces are easily the most sought after villagers in the game, and since they’re new, there’s no way to get them through amiibo cards. The only way to invite them to your island is through campsite RNG or hoping that you run into them while visiting mystery islands.

And how do you visit mystery islands? With Nook Miles Tickets, of course.

A quick look on popular third-party sites like Nookazon and Turnip Exchange will quickly reveal that while lots of players are willing to accept millions of Bells for whatever they’re selling (most commonly villagers), it’s far more common to see sellers asking for Nook Miles Tickets instead, or NMTs as they’re abbreviated.

In fact, the hunt for NMTs has become so rampant that players have no qualms about charging hundreds of NMTs for whatever they’re selling –whether it’s a popular villager like the handsome cat Raymond, or entry to their island with excellent turnip prices for that day. Bells are good, they pay off your home loans, but NMTs are better: they give you more shots at hunting down that elusive villager you so desperately want to live on your island without having to grind for Miles.

The situation with the Nook Miles Tickets has definitely taken an interesting turn as at the time of writing, it’s now possible to hop onto sites like eBay and purchase them from other players for real money. Somehow, inadvertently, Nintendo’s family-friendly game has evolved into something of a much more insidious nature, and with player-run microtransactions to boot.

Seeing the current state of the Animal Crossing trading economy, I swiftly closed the tab and decided, nope, no way am I gonna trade all the Tickets I grinded for over the past month just to sell some turnips. I returned to my game and continued as per normal, though I did begin to wonder, what would it be like if I decided to start putting up my unwanted villagers for sale and put those profits towards getting more desirable ones for my island?

A sinister thought for another day, maybe.