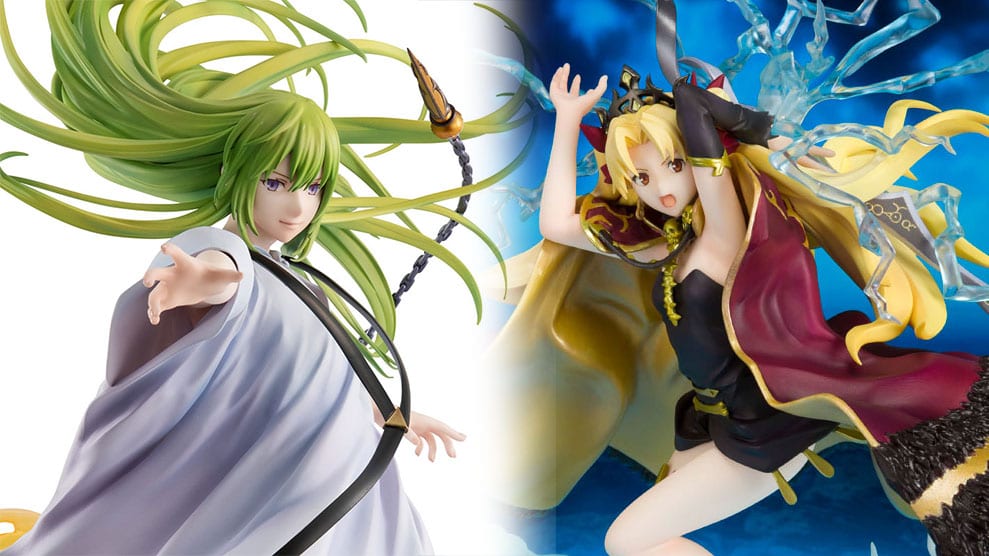 Both from Absolute Demonic Front: Babylonia, we’re getting Ereshkigal and Kingu, respectively from Bandai Spirits’ label Figuarts ZERO and MegaHouse.

Ereshkigal is quite affordable, priced at 7,120 yen on Ami Ami, translating into roughly $66. She will be released in September 2020.

Kingu is on the opposite end of the spectrum, costing 21,450 yen, which translates into approximately $198. The release window is late September 2020.

Ereshkigal is roughly 240 mm tall, while Kingu measures 255 mm. Both are made with the usual mix of PVC and ABS.

You can check out a few pictures for each below.

If you want to see more figures dedicated to the game, you can check out Artoria Rider Alter by Alter, Dr. Roman by Good Smile Company, Merlin by ALTAiR, Miyamoto Musashi figma by Max Factory,  Mysterious Heroine X by Kotobukiya, Scathach bunny by Alter, Artoria Pendragon in her Heroic Spirit formal dress, Elizabeth Bathory Brave Version by quesQ, Ozymandias from MegaHouse, Mordred by Medicos, and Meltlilit by Alter.

If you’d rather read about upcoming Fate games, I guess there’s a cooking game coming to Nintendo Switch.