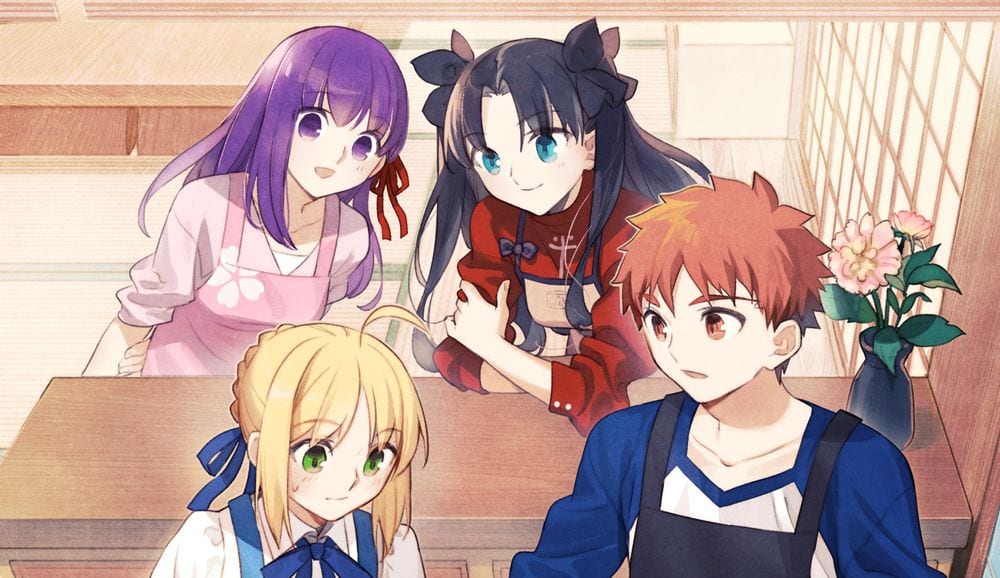 Just in time for the New Year, Aniplex announced Mainichi Emiya-sanchi no Kyou no Gohan, which translates into Every Day Today’s Menu for the Emiya Family.

The game will release in Japan exclusively for Nintendo Switch in spring 2020, and it’ll launch only digitally on the eShop.

The genre is “cooking adventure,” and you can watch a trailer and the key artwork at the bottom of the post.

While the title may sound obscure to you, the name “Eemiya” may ring a bell, and the reason is easily explained.

Emiya-sanchi no Kyou no Gohan is a manga series illustrated by TAa that has been serialized in Japan on Young Ace Up for the past three years.

It’s a cooking-themed spin-off of the ultra-popular Fate franchise born from the visual novel Fate/Stay Night and best known nowadays for its mobile incarnation Fate/Grand Order.

Of course, this new game will feature some of the popular characters from the series, including Shiro Emiya and Saber.

The game is supervised by TAa and Type-Moon, and it includes recipes and stories from the manga on top of original ones, offering a different “slice of life” point of view on the popular heroes and heroines of the series.

An official website for Mainichi Emiya-sanchi no Kyou no Gohan is also already available. Considering that the popularity of the series extends to the west as well, it’ll be interesting to see if this game will ever be localized in English. Of course, for the moment we have no word at all about that.