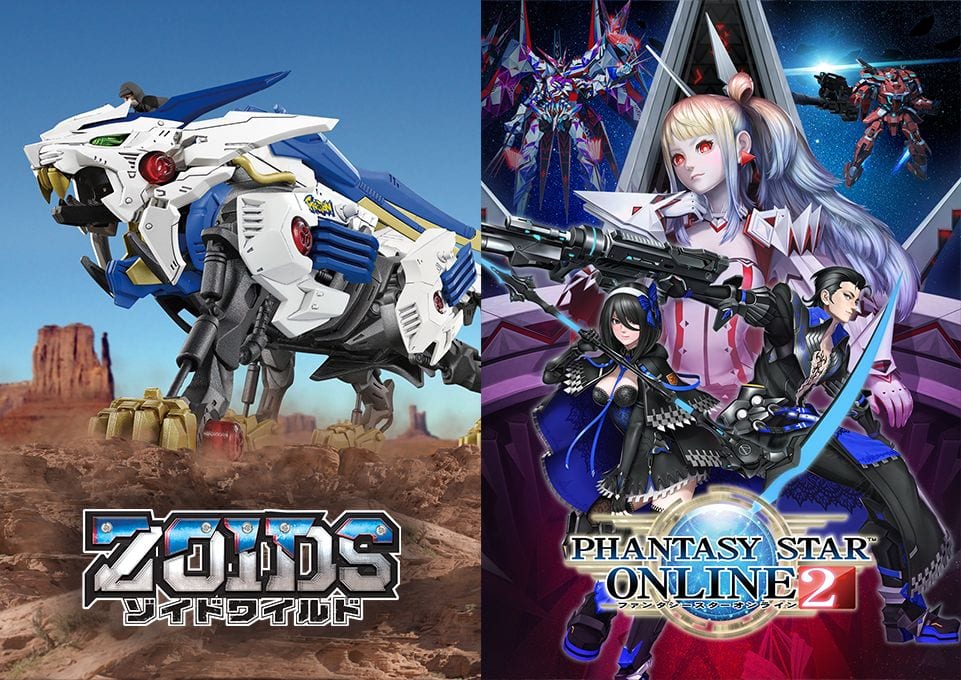 Japanese manufacturer Takara Tomy released something rather cool for fans of the Zoids franchise and Phantasy Star Online 2.

Among other products, Takara Tomy is known for the prehistoric mecha models line Zoids, which also has its own anime and video games, and the new release is a version of hero mech Wild Liger themed after the uniform of Phantasy Star Online 2 hero Ash.

The model is quite affordable, as most of the Zoids line, priced at 3,000 yen plus tax. It also comes with a code that will unlock two themed helmets in the Japanese version of the game.

At the moment we don’t know if this kind of collaboration will ever make it to the western version of the game.

You can see what the model and the helmets look like below.

The localized version of Phantasy Star Online 2 (with English and Japanese voice acting included) for Xbox One  and PC recently went into closed beta.

We also recently learned that there won’t be any region locking, so if you want to play from Europe or any other region, you can. On top of that, the game will support 4K resolution on Xbox One X.