The event will be hosted at the traditional Makuhari Messe venue in Chiba, near Tokyo on December 11, 12, and 13.

Once again the three-day format promise talk shows, live concerts, and attractions, and we can expect a lot of news about the Granblue Fantasy games. 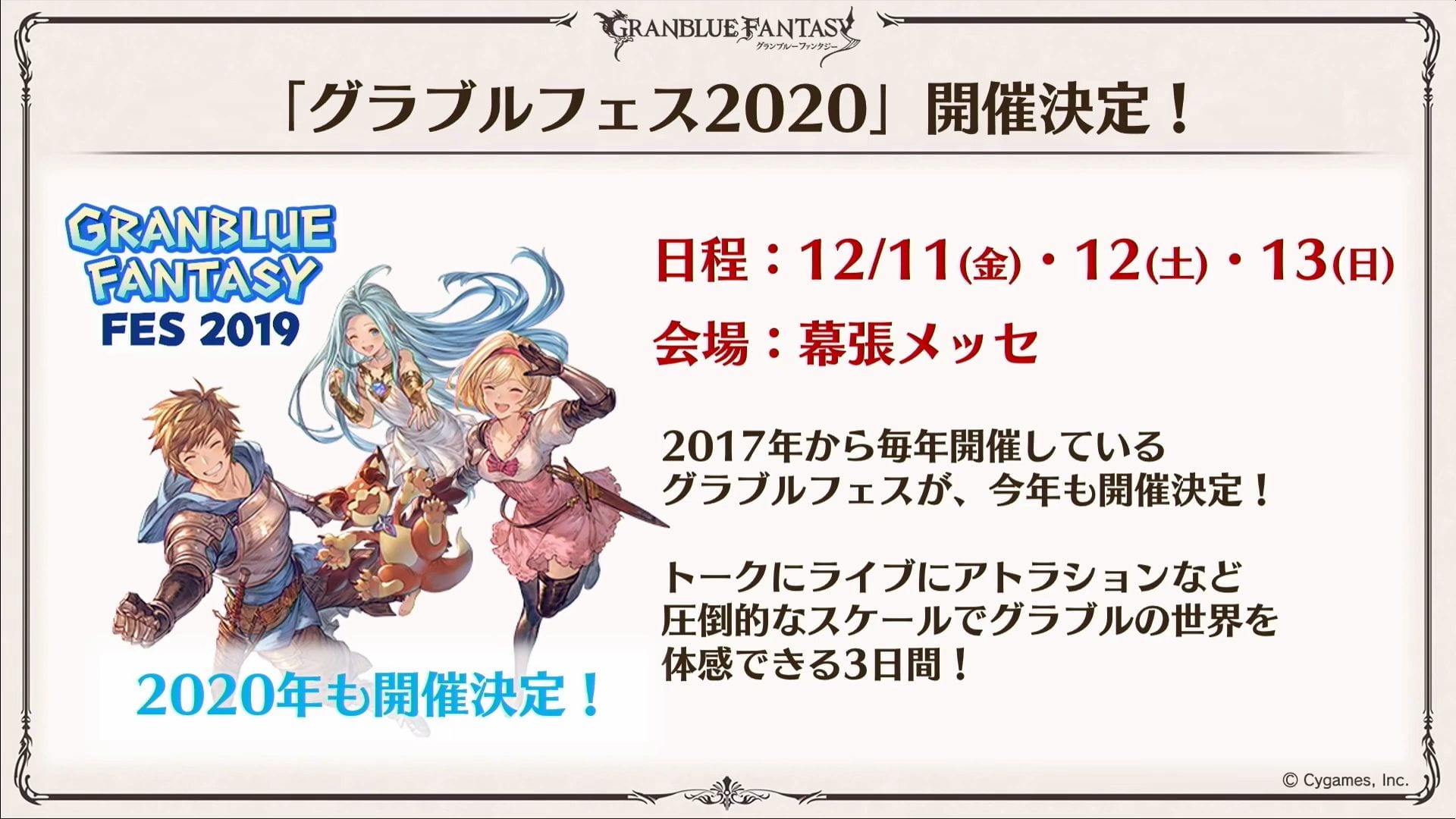 Speaking of news, we did get some for Granblue Fantasy Versus, but Cygames did not share any on the highly-anticipated action JRPG Granblue Fantasy Relink, besides a mention by Director Tetsuya Fukuhara that the team is working hard on it.

Granblue Fantasy Fes has been the main venue for news about the game so far, including the latest gameplay reveal which came in December 2019.

At the moment, we don’t yet know when the next gameplay reveal will be, and if we’ll have to wait until December, but if you really want to know more, you may want to stay tuned on Twinfinite, because we have interesting things coming.

Incidentally, the original Granblue Fantasy mobile game is available for iOS, Android, and PC via browsers. If you want to give it a try you can read my detailed guide on how to create an account, install the game, and play in English.

Granblue Fantasy Versus has also recently been released (at least for PS4 in North America and Japan) and you can read our review.

Granblue Fantasy Relink is coming for PS4, but we don’t have a specific release date yet.