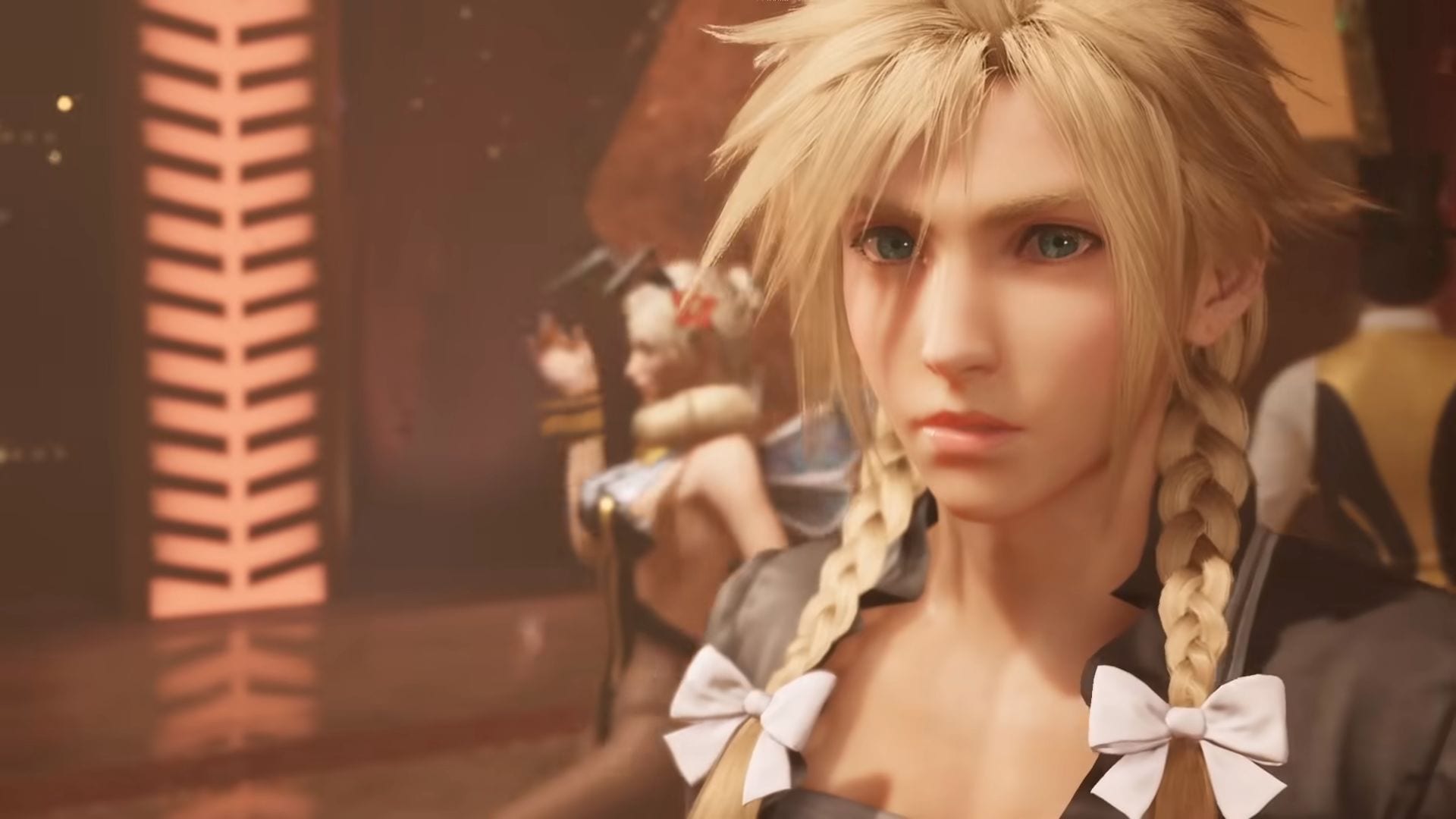 Today, Famitsu posted an interview with Final Fantasy VII Remake director Tetsuya Nomura, at it included a few interesting details about the game.

First of all, we learn that there are multiple items that you can use to crossdress as Cloud in the iconic scene returning from the original. That way he can display a different look depending on your choices.

Tifa and Aerith also have different outfits on top of those that have been publicly shown so far.

Interestingly, we learn that the new Barret was designed first among the characters. He had a very deformed physique in the original game, so his new realistic design served as a guideline for the visual feel of the remake.

Red XIII used to have headdresses as his weapons, but for the Remake they have been changed to collars in order to enhance their visibility.

The Turks have been designed by Roberto Ferrari (an Italian character designer who previously worked on Final Fantasy XV and Final Fantasy Type-0). While they all wear suits, which normally would hinder the expression of their personality, they have been given differences and details to make it stand out.

The new character Roche was also designed by Ferrari. We also learn that there are many additional new characters that will appear in the side stories.

Nomura-san also mentions that sidequests have been created with a focus on quality, in the same way as the main story. Since the city of Midgar is quite big, there are areas where you can travel by vehicle.

If you’d like to see and learn more about the game, you can play the demo released today. You can also enjoy the opening cutscene, the latest screenshots, the previous, spectacular trailer that revealed Red XIII, another large batch of screenshots, and the previous trailer from The Game Awards.

We also have wallpapers and avatars showcasing Cloud, more starring Barret, some displaying Tifa, more featuring Aerith, even more about Sephiroth, another gallery of screenshots, a few recent videos, a couple more clips, a charming TV commercal mixing live-action and a nostalgic feel, another trailer, plenty more beautiful screrenshots, and gameplay with the reveal of the Classic Mode.