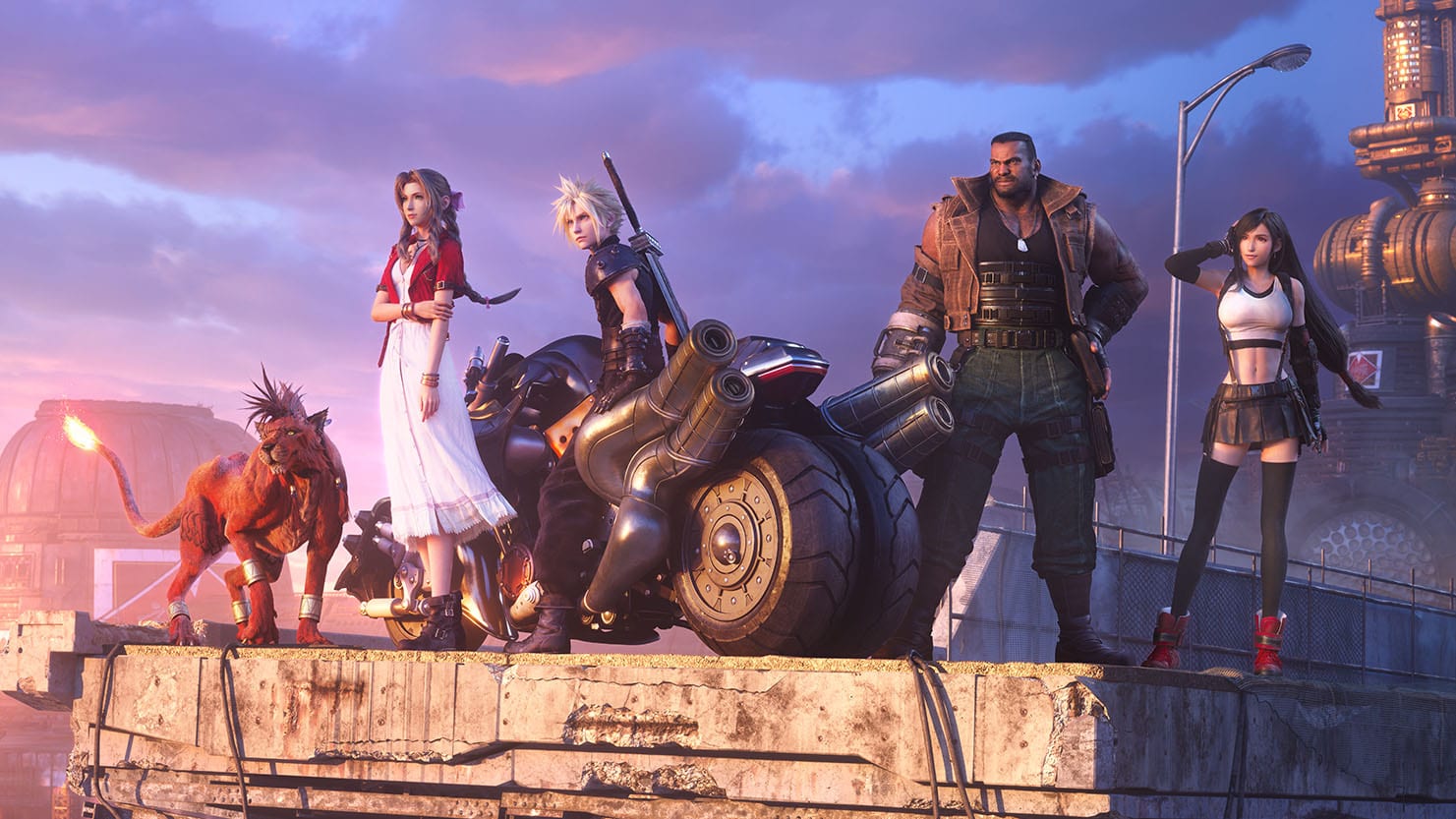 We get to see an absolutely lovely key visual image featuring our heroes as they stand on the edge of Midgar’s broken highway.

You can see it below, in all its gorgeous glory.

If you’d like to see and learn more about the game, you can enjoy the latest, spectacular trailer that revealed Red XIII, a large batch of screenshots, the previous trailer from The Game Awards, some wallpapers and avatars showcasing Cloud, more starring Barret, some displaying Tifa, more featuring Aerith, the previous gallery of screenshots,  a few recent videos, a couple more clips, a charming TV commercal mixing live-action and a nostalgic feel, the latest trailer, the western box art for the game, plenty more beautiful screrenshots, and recent gameplay with the reveal of the Classic Mode.

We recently learned that the game will be a PS4 exclusive only since April 10, 2021. After that, it could come to other platforms, even if nothing has been officially confirmed yet besides the date.