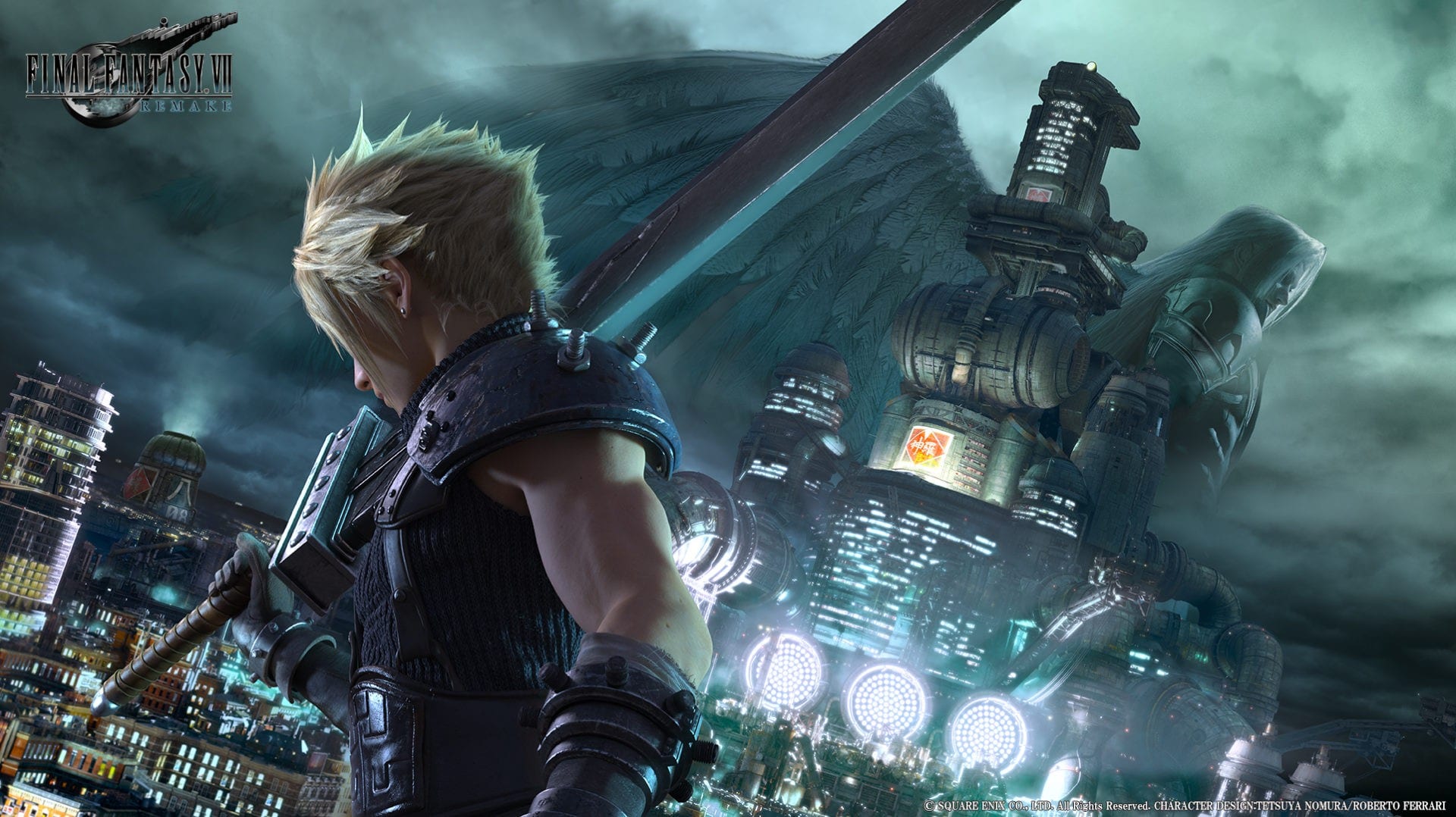 The design is actually a nod of the hat to the North American box art for the original Final Fantasy VII. Other versions simply featured an image of a blue comet set again a white background, if you remember.

Looking at this new design, you can see some of the additional detail in the character render, such as the two Materia slots on Cloud’s buster sword which glow vividly.

Here’s a second look, this time showing the profile of the actual box:

Interestingly, the box art doesn’t say “Part One” anywhere, which you’d expect given that this isn’t a “full” remake of the original game.

Only weeks ago we got a slew of new information about the upcoming remake, including an extended look at its gameplay from The Tokyo Game Show 2019. This included the reveal of the Classic Mode, a turn-based option for those that prefer combat more similar to the original game’s, and our first look at summons like Ifrit.

For more on the game, you can  check out the translation of a recent interview and info on the materia system, the latest screenshots,  the recent gameplay reveal and trailers, another from a few weeks ago, and some gorgeous new official Final Fantasy VII figurines.